Visit the School of Business

Gain the skills, connections and confidence you need to turn a great idea into a successful business enterprise or to lead an existing business to even greater success. 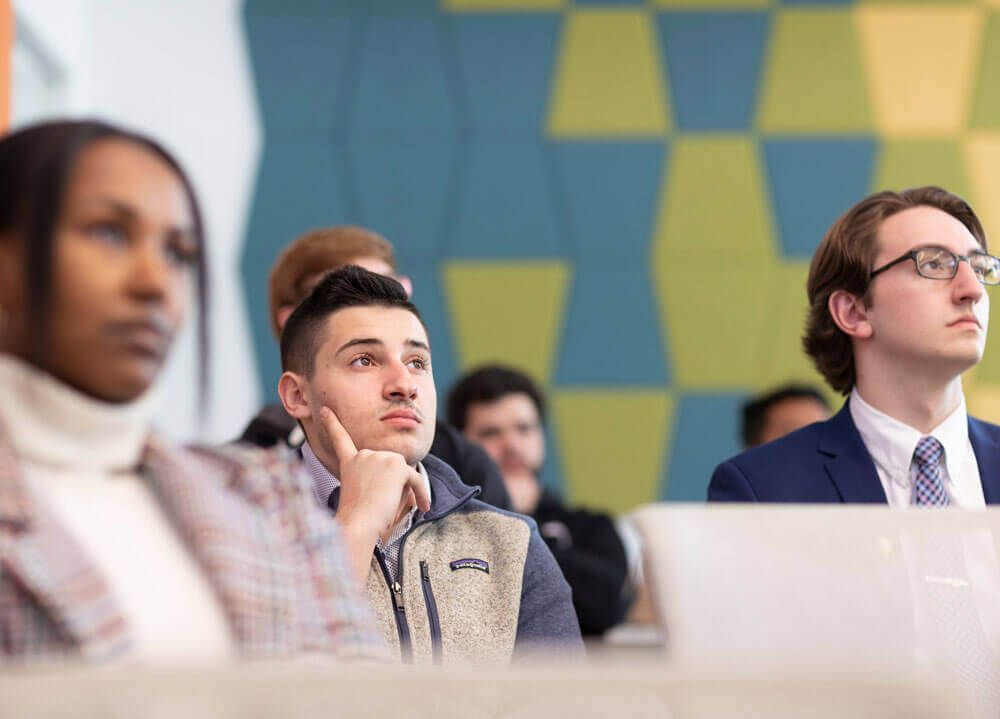 Every successful entrepreneur started out with an idea and a dream, but also the grit and business savvy to turn them both into a reality. Our innovative program gives you a strong foundation in business practices, sharpens your business management skills and teaches you how to think and make decisions like the most successful entrepreneurs and business leaders. You’ll develop and improve business ideas through team and individual projects and also have the opportunity to pitch your ideas in regional and national business plan competitions.

This program’s courses cover the range of topics and issues most relevant to building a company, from Entrepreneurial Creativity and Opportunity Recognition to Negotiation and Supply Chain Management. You’ll learn from a rich network of experienced faculty and staff who will provide the guidance necessary to launch a business or join a burgeoning company.

Whether it’s in the classroom, during internships or at one of the School of Business’s many networking events, you’ll tap into the expertise and experience of local and national company executives, as well as small business owners who have achieved success. Another powerful resource is the People‘s United Center for Innovation & Entrepreneurship, where you can bring business ideas to life, receive mentorship and advisory services, and take workshops in legal issues, finance, research, marketing, design, business plan development and start-up mentoring.

The Schools of Business and Communications hosted Quinnipiac Launchpad Competition. Similar to the hit show “Shark Tank,” this live, virtual event will showcase student finalists from the fall 2020 Digital Business/Entrepreneurial Media (ENT 290*) course. Along with expert judges, attendees with have the opportunity to decide who wins the cash prizes to launch their business to the next level.

When Quinnipiac University student Stefano Clemente needed to look his professional best, there was no need to stray far from his residence hall to get a fresh haircut. “I’ve got to look good for the career fair,” he said as he climbed into Cameron Burbank’s recreational vehicle that sets up shop in the Hilltop parking lot on the Mount Carmel Campus. Burbank, a junior entrepreneurship major at Quinnipiac, owns Burbank’s Mobile Barber Shop.

Burbank, of Ithaca, New York, said he pitched his idea for a mobile barber shop to Dale Jasinski, associate professor of entrepreneurship and strategy at Quinnipiac. Jasinski suggested that Burbank put together a proposal and present it at the Connecticut State Business Plan Competition, which was two days away. Burbank ended up winning the contest.

Burbank’s vision became a reality when he purchased a 2006 NuWa Hitchhiker II LS. He worked tirelessly to turn the RV into a barber shop, complete with four barber stations, a bathroom, a reception desk, a waiting area, a couch, a powerful generator and hot and cold running water.  Business has been steady. “It surely has its stressful moments, but, for the most part, it’s been fun,” he said, adding that Quinnipiac and his parents have been very supportive of his business. “Everyone who comes in here wants to look good. They want to go get a job, they want to look good for their friends or they want to go impress somebody.” Burbank wants to take his barber shop to nearby colleges and universities in the immediate future. His long-term goal is to lease similar mobile shops to master barbers. 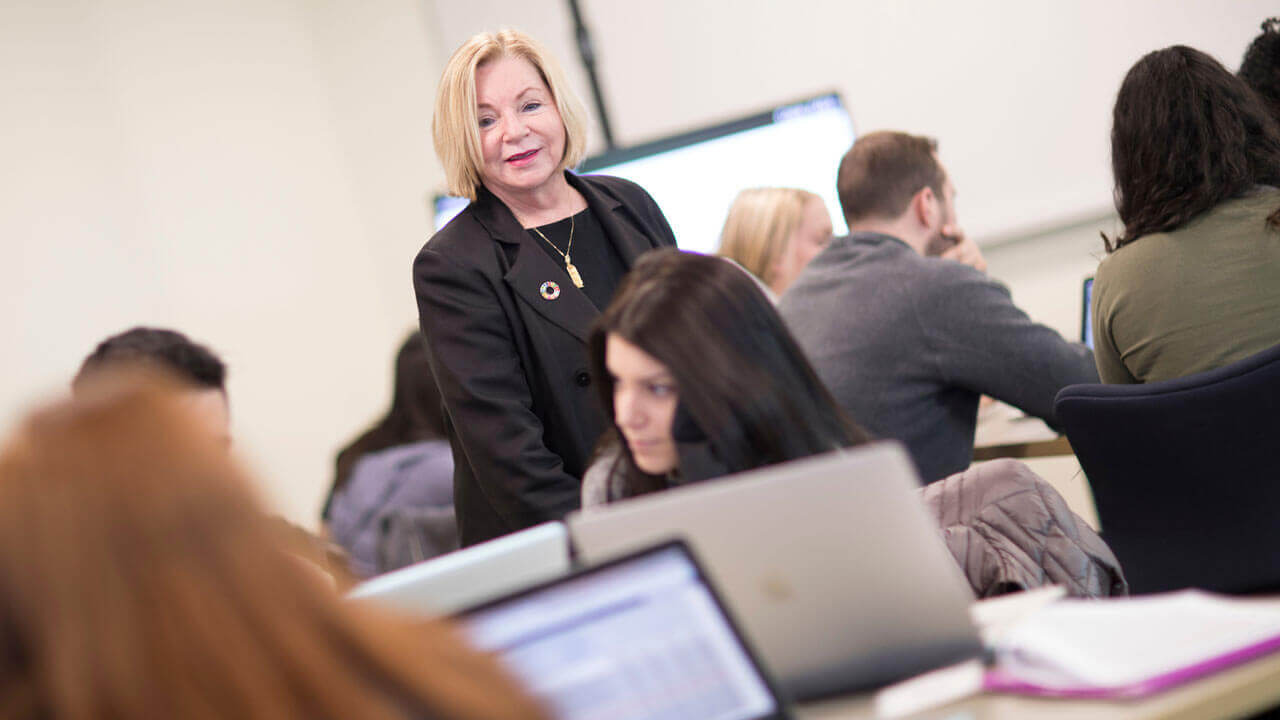 A lifetime of achievement

Margaret Goralski, assistant teaching professor of entrepreneurship & strategy, is an active member within the university as well as the business world. Goralski was recently recognized with the Lifetime Achievement Award at the 29th Annual Conference of the International Academy of Business Disciplines, where she serves as vice president of publications. This nonprofit organization was established to foster and promote education in all business disciplines. It facilitates an international exchange of information, ideas and research, and seeks to bridge the gap between business theory and practice.

Goralski’s research on the rise of artificial intelligence and its effect on business has appeared in several publications. In 2018, she received an Albert Schweitzer Institute Faculty Fellowship to explore how ethics and morals are being embedded into artificial intelligence, and what is necessary for AI to behave in an ethical and moral way.

Goralski understands the effect of culture on business, and she teaches these ideals to her students. “In my career, I’ve learned a lot about not just business, but cultures,” Goralski said. “I tell my students all the time that when a problem arises in business, it’s usually a cultural one.”

Sales representatives sell products and services for a company, either directly to consumers or to other businesses.

Account executives are responsible for looking after the company‘s clients as well as keeping the company-client relationships at a high standard. Their goal is to increase the amount of business a company does with those clients.

Enrollment and number of graduates:

Student enrollment in entrepreneurship and small business management in 2018–19: 103