Essay: The eSports lab is more than a gaming suite 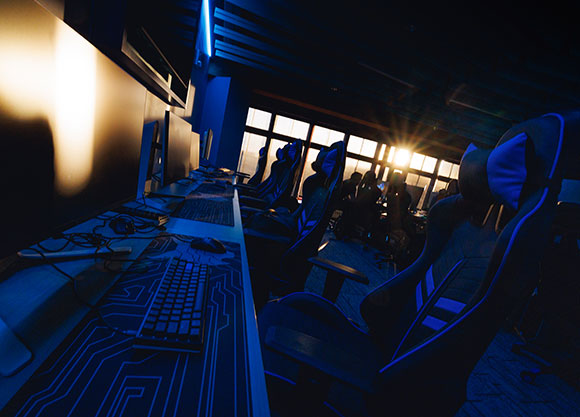 Editor’s Note: Brendan O’Sullivan, a graduate of Quinnipiac’s 3+1 accelerated dual-degree program, earned his BA in journalism and his MS in sports journalism. He served as editor-in-chief of The Quinnipiac Chronicle and a member of the League of Legends eSports team.

Sports produced some of my fondest memories in high school. Whether it was packing into the locker rooms ahead of track and cross country practice or getting up extra shots after spring AAU basketball practice, I miss those moments just bonding with teammates.

That was something many eSports athletes, including myself, couldn’t do in person during the COVID lockdown. But with competitive videogaming waged online — users play from the comfort of their own spaces — it was a perfect solution during the pandemic.

I started playing League of Legends, a 5-on-5 multiplayer game created by Riot Games, during lockdown. After a few months, I was skilled enough to play with my brother, Sean, and his friends, both recreationally and competitively in tournaments.

Sean’s friends became my friends. The problem: I never met them. All our communication was on the Discord group-chatting platform. I had no clue what anyone looked like until we later connected on social media. It was nothing like sharing a locker room with 50 other runners or traveling to basketball tournaments in Lake George, New York.

Fortunately, that changed last year at Quinnipiac University. With the new eSports lab on the York Hill Campus, eSports athletes had a space to grow those bonds once built through online platforms.

After joining the university’s League of Legends team last fall, I didn’t have the mostly online gaming experience that many Quinnipiac eSports athletes had during the pandemic.

Sure, games are inherently online competitions except for in-person events such as the MAAC tournament in Atlantic City, New Jersey. But the atmosphere is much more enjoyable seeing your teammates sitting next to you.

Last March, for example, Quinnipiac’s top-seeded Super Smash Bros. Ultimate eSports team won the MAAC championship — and everyone was together to celebrate.

“When it comes to tournaments and practices, it’s nice that we can physically get up and high-five each other, strategize on the whiteboard, and communicate and connect with each other more effectively,” said Juliana Vitti ’22, captain of Quinnipiac’s Valorant eSports team last spring. “Personally, I feel like those who show up in person have more of a connection with the rest of the team members compared to those who stay online.”

eSports will never be the same as traditional sports and vice versa. But it’s important to give equal opportunities and equipment to eSports. It’s grown enough to be highly and deservingly valued at colleges across the nation.

More than 170 colleges and universities — and more than 5,000 eSports athletes — participate in competitive videogaming, according to the National Association of Collegiate Esports.

Quinnipiac isn’t the only university with an eSports lab but investing in one demonstrated the university is willing to help normalize competitive video games. What is typically considered a hobby can also be played competitively just like every other sport.

I can shoot hoops recreationally just like playing a casual game of NBA 2K, or I can lace up my sneakers for a 5-on-5 basketball game just like I can play in a League of Legends tournament.

Most importantly, the lab is a space for every student, not just eSports athletes. Sure, it’s where teams practice and compete, but every single computer is accessible to students via their Quinnipiac sign-in.

It’s no different than any other open space on campus. Basketball courts on the Mount Carmel and York Hill campuses are open to everyone, just like the open grass areas to play catch or Spikeball. Even the People’s United Center has free skate opportunities.

The eSports lab was designed to give teams and athletes a “home court.” But its benefits reach far beyond the teams. Nobody is ever excluded.

“I believe it is vital that the eSports room is open to everyone at QU and not just members of the eSports team,” said Theo Offerman ’23, the eSports club president. “The eSports room can be used for lots of things, even beyond eSports itself, but I think it’s important that it’s open for non-eSports members in case they just want to casually try it out, and or have a designated space to play games from.”

By the time this story is published, I will have graduated from Quinnipiac with my bachelor’s and master’s degrees. My four years is finished, and while I’ll take the memories and friendships with me, I will unfortunately leave Quinnipiac eSports behind.

No longer can I walk a few hundred feet from my room to the lab. I experienced the lab from the moment it opened, so I hope other students and those who join Quinnipiac eSports enjoy it as much as I did.

You don’t have to join an eSports team. It’s not for everyone, I understand that. But get involved with things you thoroughly enjoy at Quinnipiac because you might just make some of the greatest friends through it.

I know I did at the eSports lab. 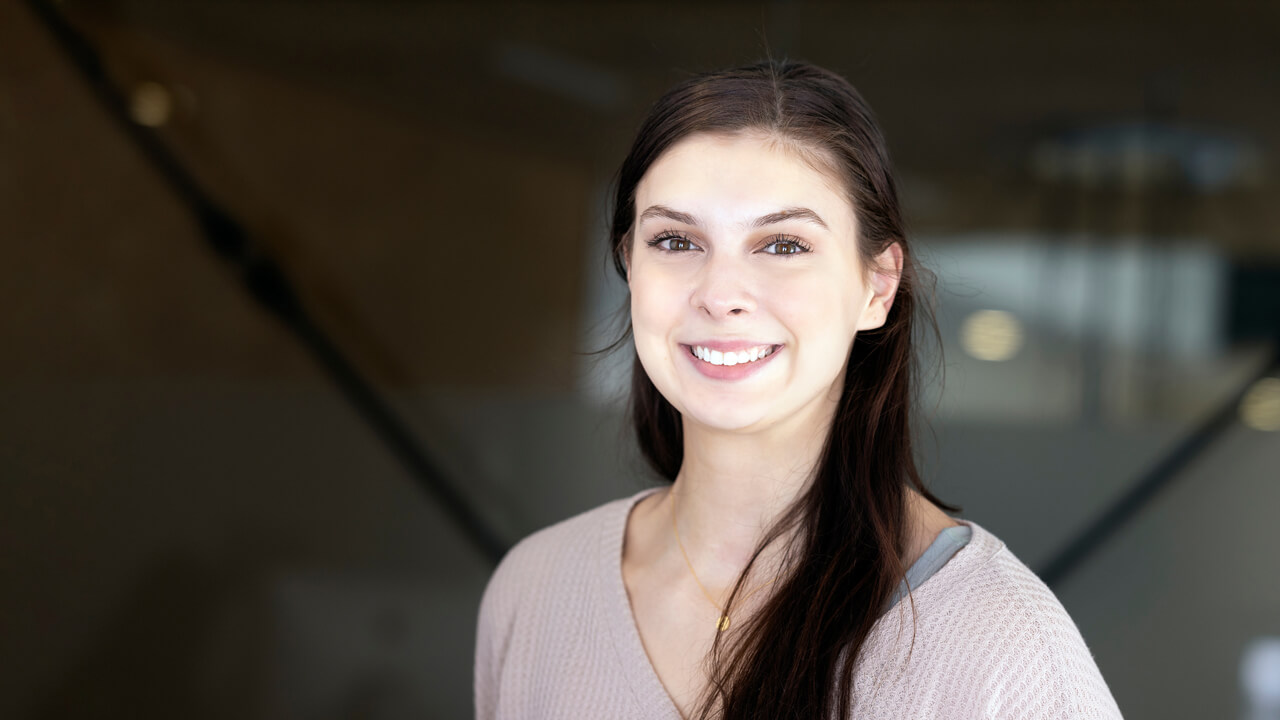 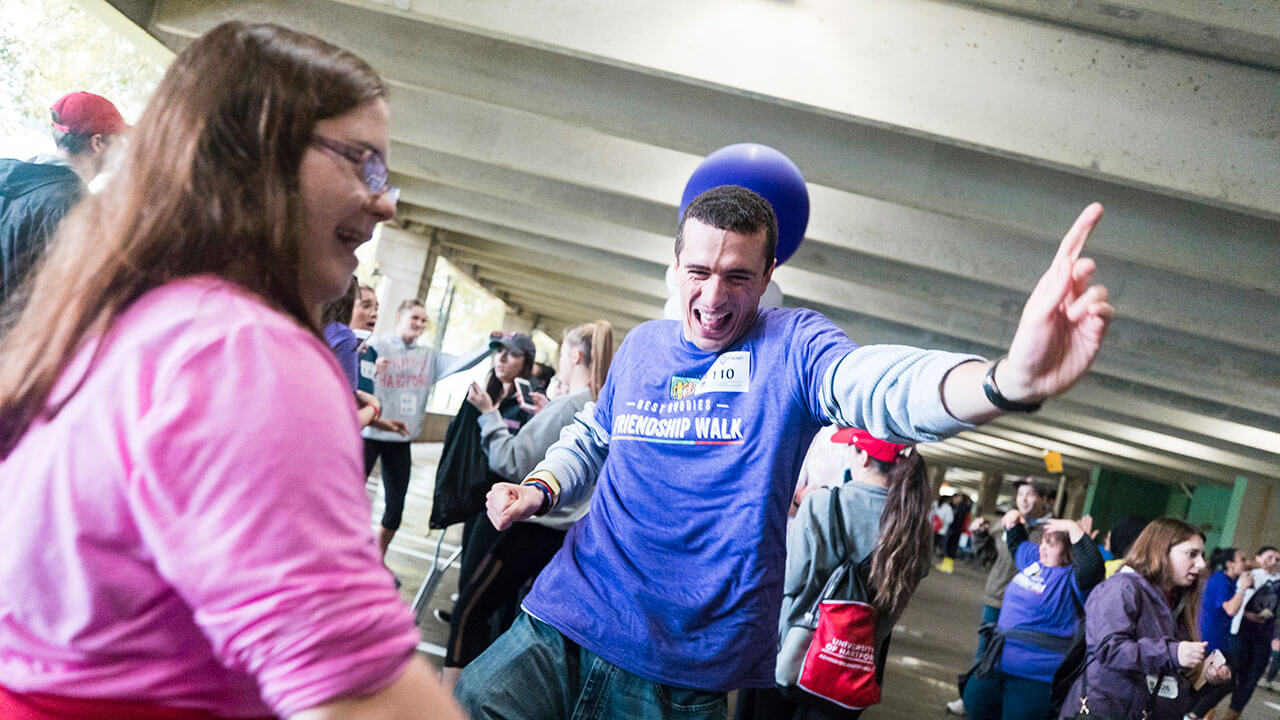