Law alumna dedicates life to speaking up for the voiceless 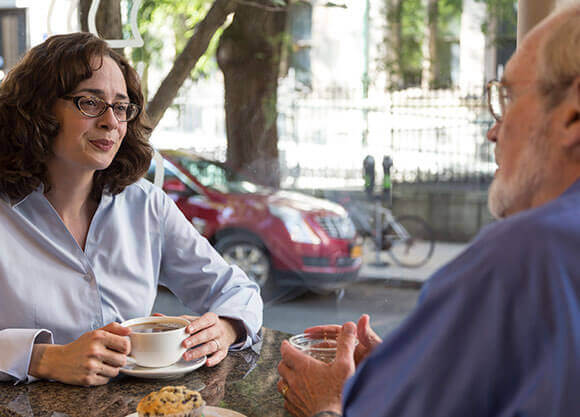 Sarah Ryan, JD ’17, is dedicated to serving those without voices. From criminal justice reform to pro se work for veterans and victims of abusive relationships, Ryan has helped others find the light in the law.

“I came into law school at Quinnipiac with a teaching and research design background. I was working at Yale Law School as a social science and data specialist. But I didn’t have training in the law,” said Ryan, an associate professor of the practice at Wesleyan University. “I knew that I wanted this other dimension to my teaching and research.”

Her latest academic research — Ryan also holds a PhD — has focused extensively on the First Step Act, the 2018 federal law that mandated resentencing for crack cocaine convictions, a new commitment by the Bureau of Prisons to reduce recidivism, and more resources for job training and drug treatment programs.

Ryan has reviewed hundreds of First Step Act resentencing cases over the last 18 months. Time and again, she’s found anomalies that undermine the law’s intent, particularly with communities of color.

This summer, Ryan’s response to the disproportionate impact of these decisions was featured as the “Quotation of the Day” in The New York Times.

Ryan developed her interest in the First Step Act during a federal clerkship in Connecticut with U.S. District Judge Victor A. Bolden in 2018-19.

“He had some really nuanced thoughts about the First Step Act,” Ryan said. “We got a series of defendants who had been imprisoned for well more than a decade on drug crimes, and now with the new statutory regime, they wouldn’t have done nearly as much time.”

Ryan’s commitment to advocacy isn’t limited to the courtroom. Or the classroom. She was slated to teach a public speaking course at the Cheshire Correctional Institution in Connecticut this fall, but the pandemic paused those plans.

During her time as a School of Law student, Ryan served as a Sappern Fellow at the New Haven County Courthouse and helped low-income clients fill out temporary restraining orders and pro se divorce applications.

The opportunities were just as rewarding at the Connecticut Veterans Legal Center, where she assisted veterans struggling with homelessness and mental health issues.

“I was a dean’s fellow, and Dean Brown took that very seriously. She would give these fireside chats and impress upon us how the university had invested in us,” Ryan said. “We were expected to make the most of that investment. But it was never about any particular ideology. It was about a commitment to excellence. I am very grateful for my education at Quinnipiac.”