Finding purpose in a pandemic 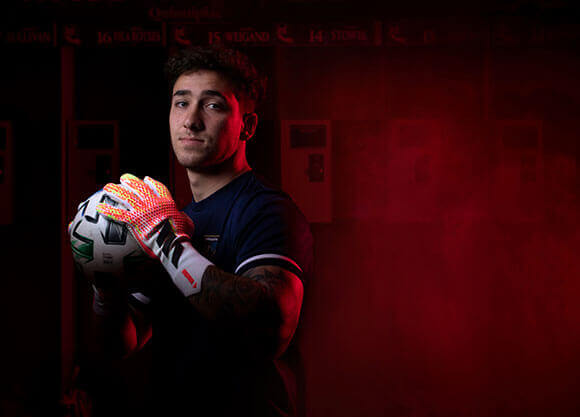 Last fall was supposed to align perfectly for Jared Mazzola ’21. As one of the top goalkeepers in the Metro Atlantic Athletic Conference, Mazzola was eager to compete for a championship with the Quinnipiac men’s soccer team, and just maybe, score a professional contract.

But when a global pandemic shut down everything last March, Mazzola was forced to divert his dream. Suddenly, the itinerary he had followed his whole life was slipping through his fingers like water under a faucet.

After last spring’s quarantine and a soccer-less summer, Mazzola returned to QU in the fall to find empty stands and an empty schedule. The Bobcats trained in pods five days a week, but there were no games, no MAAC tournament and certainly no fans.

“I could say that I feel cheated and this is my senior year, but that doesn’t make any sense,” said Mazzola, who started every game as a junior and finished with a 1.38 goals-against average and three shutouts. “When so many people have lost their lives and their jobs and their businesses, it puts everything else into perspective.”

During the early wave of the pandemic, Mazzola’s father, James, lost his copywriting job for a New York City ad agency. Over quarantine, he and Mazzola’s younger brother, Evan, rebuilt a 1947 Chevy pickup truck. These days, James Mazzola has made auto restoration his full-time business.

“My dad is living out his dream now. That’s how I want to be,” Mazzola said. “He’s building engines, making noise, building hot rods. My mother is a real estate agent. She’s killing it, too, but she’s never worked harder in her life. I’m blessed to have my parents as role models because they taught me how to act properly right now.”

Mazzola, a criminal justice major and a member of the MAAC’s All-Academic Team, hasn’t played a game in more than a year. His last outing was Nov. 14, 2019, a 2–1 loss to Iona in the MAAC semifinals. Despite the outcome, Mazzola longs for the intensity of Division I teams pushing him to react faster and bolder. He won’t have to wait much longer.

Recently, the MAAC Council of Presidents approved a conference-only schedule this spring for fall sports. Men’s soccer will begin to play March 11, and the MAAC tournament will be held April 11, 14 and 17 at the higher seeds.

“Not being able to play for this long is probably the biggest test I’ve had mentally,” Mazzola said. “It’s easy to sit back in quarantine, whether you’re at home or school, because you can’t go anywhere. But showing up every day and doing something—even just showing up to class and turning on your camera—that’s holding yourself accountable.”

Ultimately, last fall challenged everyone on the team. Although workouts began safely in pods, by the middle of the semester, several Bobcats tested positive for COVID-19. The program quickly shut down, and everyone quarantined for two weeks to limit the infections. Still, several of Mazzola’s friends at other college programs never had a chance to train together last fall.

Through it all, Mazzola has learned to defuse each disappointment and stay focused.

It was no different last summer at Mazzola’s home in Katonah, New York. With a roster spot on a Major League Soccer U-23 team waiting, June and July were supposed to be the next stops on his dream itinerary. Of course, COVID-19 took that opportunity, too.

“I was so excited, but then it didn’t happen,” said Mazzola, who credits his older brother, Aaron, for introducing him to the sport they love. “One day, I was sitting on the couch watching TV and my mom was like, ‘OK, what are you going to do about it? Are you just going to sit there and eat potato chips?’ She let me have it. I had been working out three times a day, every day, and I was as fit as I’ve ever been. I still work out like that.”

“I’m one of the veteran guys on the team, so I try to be like a beacon of relatability,” said Mazzola, adding that success doesn’t come as quickly as many new players would like. Sometimes, the most important skill a player has to learn is patience.

“I’ve been in everyone’s shoes. I didn’t play my first year. Then I was a cocky [jerk] and just mean,“ he said. “You go through these phases as a player and COVID has just amplified it. I’ve been there. I know how it feels. We all have to look out for each other, especially now.” 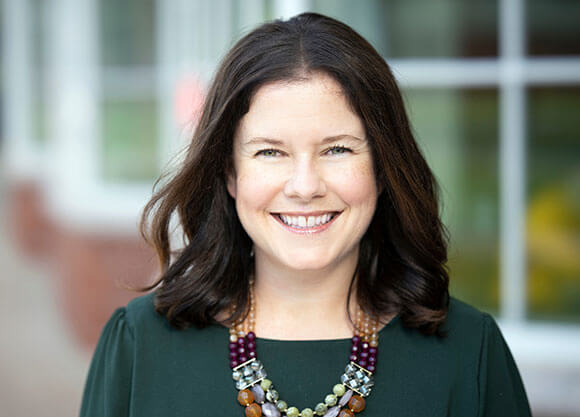 Erin Provistalis, director of campus life for student centers and student involvement at Quinnipiac, has been named the National Orientation Directors Association (NODA) Region IX Orientation, Transition and Retention Professional of the Year.

Rachel Reyes ’21 was named this year’s student employee of the year — at Quinnipiac as well as for the State of Connecticut!