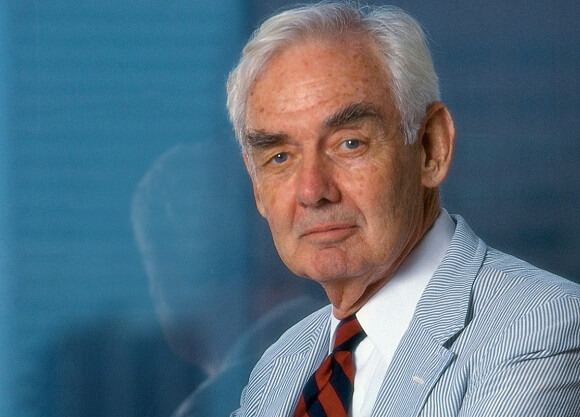 Maurice “Mickey” Carroll, the voice of the Quinnipiac University Poll since 1996, and a longtime journalist and educator, died on December 6 in his family home in New Jersey after a short illness.

Before joining Quinnipiac, Carroll worked for more than 40 years as a political writer for The New York Times and other New York and New Jersey newspapers. As spokesman for the poll, he provided analysis of results of national polls as well as state surveys across the country.

“Mickey Carroll was a reporter in the finest tradition of American journalism, a dedicated educator and a knowledgeable commentator on the American political scene,” said Quinnipiac University President John L. Lahey. “He educated thousands in the classroom and millions through his reporting and his work with the poll.”

Carroll’s career in journalism includes work at the Passaic Herald News, the Jersey Journal, the Newark Star Ledger, the New York Herald Tribune, the New York Post, and New York Newsday. He is the author of books on the 1979-80 Iran hostage crisis and the Kennedy assassination.

As a Herald Tribune reporter, Carroll was sent to Dallas in the wake of the assassination of President John F. Kennedy. He is seen in the historic photo of Jack Ruby shooting Lee Harvey Oswald. His comprehensive reporting of the deaths of President Kennedy and then Oswald led him to be a firm believer in the Warren Commission Report, which found that Oswald acted alone in the assassination. Ever the New York newspaper reporter, he complained that the Warren Commission Report was so badly written that many people believed the conspiracy theorists instead.

Carroll, the son of Maurice C. Carroll, a businessman, and Dorothy Joyce Carroll, a bookkeeper, was raised in Rutherford, N.J. He graduated Notre Dame University and served in the U.S. Army. Carroll was married for 30 years to newspaper columnist Beth Fallon, who died in 2006. He is survived by his former wife, Peggy, with whom he remained very close; his son, New Jersey Assembly member Michael Carroll, daughters Eileen and Elizabeth, 10 grandchildren and a sister, Anne Shannon. Another son, Patrick, died in 2005.