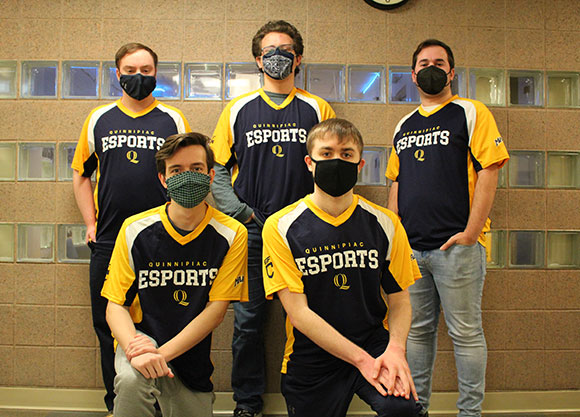 Quinnipiac’s eSports team has quickly demonstrated its superiority, and a strong club sports contender since its creation last year.

The Super Smash Bros team, part of club eSports, has earned the regular season championship earlier this month — and will be the top seed in the MAAC Tournament in March.

Mike Medina, director of campus life for recreation, is thrilled about the introduction of the team and its success.

"I'm so proud of our Super Smash Bros team for their MAAC Regular Season Championship in their first year recognized as a club sports team," he said. "I am excited to see all of our teams compete for a conference championship next month and in the National Championships in April."

This team, although new, has been making remarkable strides within the Bobcat community and we cannot wait to see how far they go.

“It’s been great to bring eSports to Quinnipiac against other universities as it allows for safe competition during the pandemic," Medina said. "eSports is the fastest growing club sport at universities in the United States."

eSports is 1 of 12 club sports teams the university offers.