Gun safety and freedoms can co-exist with some policy changes 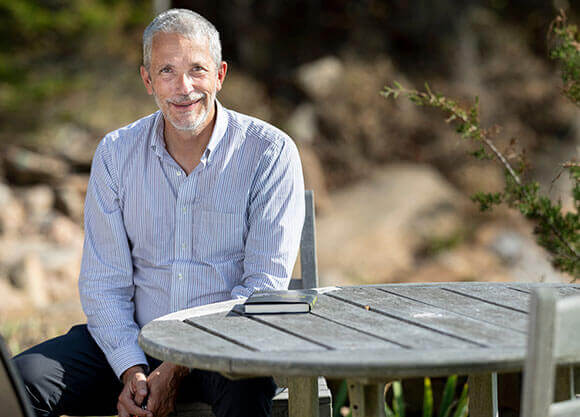 For decades, gun regulation has been one of America’s most divisive and hotly debated issues, deadlocking proponents of public safety with those who wish to protect personal liberty.

Economist and Yale law professor Ian Ayres thinks the key to breaking this ideological stalemate and curtailing gun violence is not to restrict individual rights and liberties, but to expand them.

“Freedom-enhancing gun regulation is not an oxymoron,” said Ayres. “Libertarian ideals give us another way to frame the issue.”

In his 2020 book, “Weapon of Choice: Fighting Gun Violence While Respecting Gun Rights,” Ayres and co-author Frederick Vars, a University of Alabama law professor, propose 10 ideas that expand personal freedom and, in doing so, make significant progress on gun safety. These ideas provided the framework for the Quinnipiac School of Law’s virtual symposium, “Guns and
Freedom,” at which Ayres and Vars spoke on Nov. 13.

Jennifer Gerarda Brown, dean of the School of Law, said the event illustrated the polarization between advocates who call for greater “safety” and those who purport to defend “freedom.”

“This symposium shows us that this dichotomy is a false one, as it examines policy changes that can promote both safety and freedom,” she said. Brown is married to Ayres.

The symposium’s nine panelists represented the fields of law, public health and behavioral science. They focused on the three main principles outlined in Ayres’ book, which are empowering self-restriction of gun rights; harnessing associational preferences; and harnessing others’ information.

According to Ayres, the proposals highlighted within those categories make Americans’ rights “contend with one another,” counterbalancing those ensured by the Second Amendment with less controversial ones.

“One way of thinking is that they give people better control over, and more support for, their other constitutional rights,” he said.

Suicide prevention is a large aim of empowering self-restriction, as 60% of America’s gun fatalities are suicides. Ayres thinks current measures don’t do enough to acknowledge and address this fact.

“High-capacity magazine prohibition isn’t going to have an effect on gun suicide,” he said.

What will have a positive effect, according to Ayres and Vars, is Donna’s Law—proposed legislation that aims to reduce gun deaths by allowing people in distress to suspend their own constitutional right to purchase a firearm. They do this by adding their name to the FBI’s background check system, preventing gun dealers from allowing them to purchase a firearm.

The law is named after Donna Nathan, a Louisiana woman who took her own life with a firearm in 2018 after a years-long battle with mental illness.

According to Ayres, nationwide surveys have revealed bipartisan support for the measure. The legislation has been introduced in 11 states and will be introduced in Connecticut this year.

“One of its great advantages is that it is rhetorically disarming,” said Ayres. “Why shouldn’t people, especially those who are mentally ill, have the right to self-restrict?”

Harnessing associational preferences includes an expansion of Americans’ property rights to allow homeowners and landlords to prohibit people—acquaintances, tradespeople, renters, etc.—from bringing guns onto their properties. Ayres extends this idea to the First Amendment right of peaceable assembly, giving people the option to restrict firearms at demonstrations, marches or other events they organize.

“The presumptions here are that people must ask for explicit permission to bring arms onto someone’s property or to a rally,” he said.

The final category, harnessing others’ information, included bolstering red flag laws. Currently, only family members and police may petition courts to order the temporary removal of firearms from a person who may present a danger to others or themselves. Ayres believes in expanding this list to include neighbors, landlords and colleagues.

“These people often suffer paranoid delusions, threatening hallucinations or other strong indicators of dangerousness, and laypeople definitely can be trained to spot them,” he said.

Ayres also suggests the creation of unlawful firearm petitions, which would particularly benefit people who live in fear of violent reprisal from someone they know who owns a gun illegally. He views such petitions as the natural “cousins” of domestic violence protection orders. “We want to give people increased rights to protect themselves,” he noted.

As far as widespread acceptance for his proposals, Ayres is pragmatic but hopeful. None interfere with open carry, or concealed carry laws in any given state. Another advantage, he said, is that they are decentralized and modular, meaning that states can pick and choose which ones they want to support.

“We don’t claim that everyone will support these ideas, but if we could get between 30-40% of people to start, it would be enough to make progress and save hundreds of lives every year.”

Read more articles in the Winter edition of Quinnipiac Magazine at QU.edu/magazine.