“The health care field is, in many ways, the most consequential part of the U.S. economy,” said Olian. “The pharmaceutical industry sits squarely in the middle of that sector.”

The process by which these products are created and sold to the public, however, is complex, costly and sometimes controversial, she noted.

Pharmaceutical executives Michael Benkowitz and Steven Sorrells offered their decades of insight into the discussion titled, “The Development and Marketing of Pharmaceutical Products,”co-moderated by Olian and Mary Schramm, associate professor of marketing at Quinnipiac.

According to Benkowitz, who is president and chief operating officer of United Therapeutics, the development of a drug is a result of a decade-long process of research, testing and evaluation that can cost as much as $3 billion. Many proposed drugs, he said, ultimately fail.

“You must make sure there is good economic rationale for your investment, and that risk is calculated in your ROI analysis,” Benkowitz said.

Sorrells, who worked at Pfizer for 20 years, most recently as its vice president of sales, pointed to development costs as one of the two drivers of high drug prices in the U.S. The other main factor behind this culturally and politically divisive phenomenon, he said, is America’s multi-payer health care system.

“There are many stakeholders in our health pricing care eco-system,” said Sorrells. “With more payers comes greater competition and higher prices.”

Benkowitz said that high drug prices are one of the few issues that Democrats and Republicans agree on, and that legislative intervention is likely inevitable.

“I expect that there will be something that comes through Congress to address it in the coming years,” he said.

Another divisive issue that Olian and Schramm pressed both guests on is the use of direct consumer-marketing by pharmaceutical companies. The controversial tactic, Olian pointed out, is banned everywhere except the United States and New Zealand.

“There are strict guidelines to ensure that the information you see in those ads is absolutely medically accurate,” Sorrells countered. “I think that accurate information in the hands of consumers is a good thing.”

Benkowitz added that that his company has prioritized increasing multicultural awareness and competence in its drug marketing, a positive step that he said he envisions others taking in light of the COVID-19 pandemic. Sorrells agreed.

“At the end of the day, diseases don’t know color,” said Sorrells. “We need to educate everyone in our health care ecosystem on what medicines are available to them.”

Despite controversies related to pricing and marketing tactics, both men said they believe that the public’s view of their industry has greatly improved thanks to how swiftly Pfizer, Moderna and other companies were able to bring their COVID-19 vaccines to market.

“This has been a special time where you’ve seen companies come together in good faith to collectively combat this pandemic,” Sorrells said.

Sorrells explained that partnerships like the one shared by Pfizer and biotechnology company, BioNTech, enable companies to share costs, risks and resources. Both guests predicted that these will become the norm in a post-pandemic world. 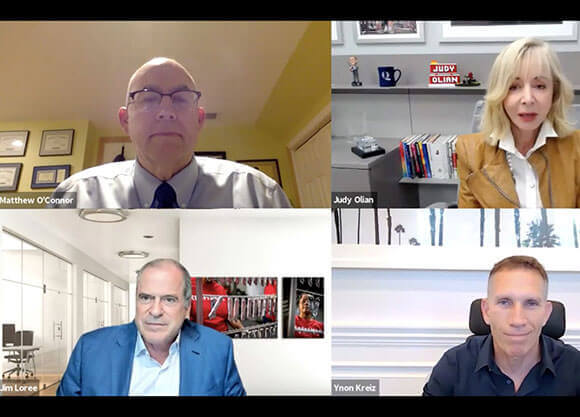 President Judy Olian and Matthew O'Connor, dean of the School of Business, spoke with Jim Lorre, chairman and CEO of Stanley Black & Decker, and Ynon Kreiz, chairman and CEO of Mattel, on managing corporations during and post COVID-19 as part of the university’s presidential speaker series, The Way Forward. 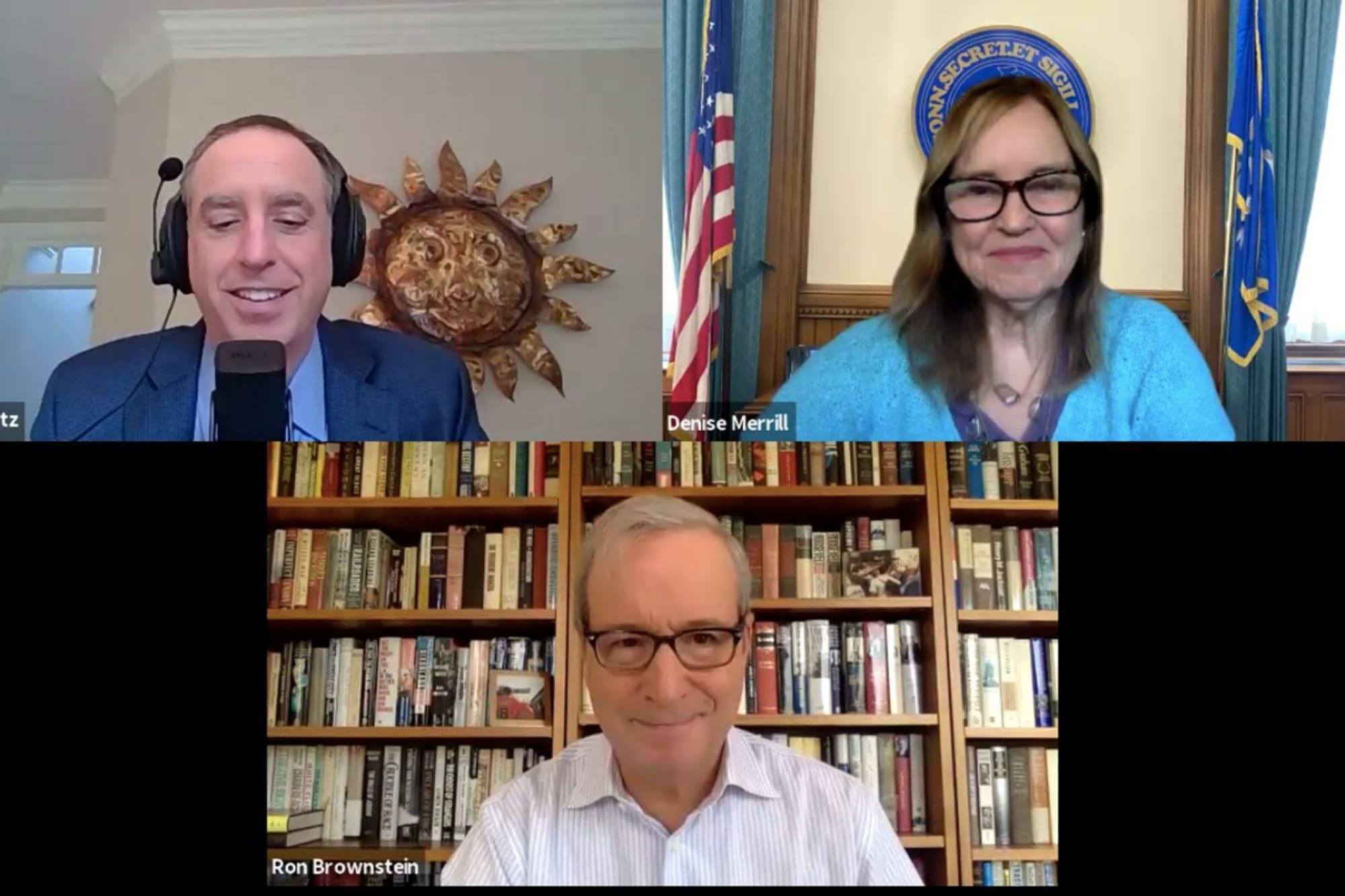 With this year's presidential election quickly approaching, there are many unknowns that have led to deep distrust among both parties, according to three experts during the university’s presidential speaker series, The Way Forward.