Men's ice hockey team skates up to No. 11 in national rankings 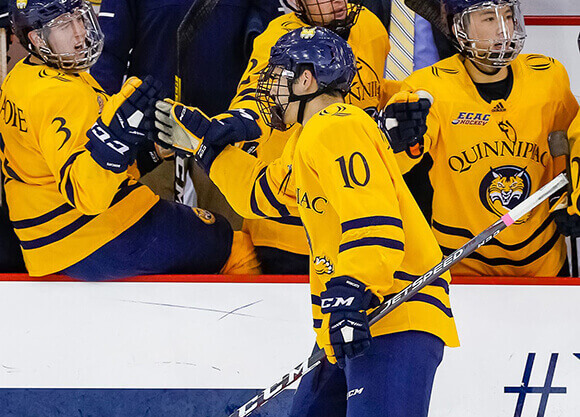 The Quinnipiac men's ice hockey team is on the rise in the national rankings as the Bobcats skated up to No. 11 in both the USCHO.com Division I Men's Poll and USA Today/USA Hockey Magazine Men's College Hockey Poll on Monday.

Quinnipiac took two of three games against the Clarkson Golden Knights over the weekend and used the momentum to climb in the rankings.

The Bobcats earned 373 points in this week's USCHO Poll, up from 299 last week and are within 18 points of Omaha of going back into the Top 10. Quinnipiac also received 130 points in the USA Today/USA Hockey Magazine Poll, an increase of 45 points from last week's 85 points.

Over the weekend, the Bobcats and Golden Knights battled in three one-goal games in a fantastic ECAC Hockey series. Clarkson took game one in overtime, 5-4, but Quinnipiac got revenge in game two with an overtime victory of its own, 4-3. The Bobcats scored one goal Sunday and it was all the difference in 1-0 shutout behind 28 saves from Keith Petruzzelli.

Odeen Tufto was named the ECAC Hockey Player of the Week after leading the league with five assists and five points while Ty Smilanic earned Rookie of the Week honors after two goals and an assist on the weekend.

The No. 11 Quinnipiac men's ice hockey team returns to the ice this weekend with a home-and-home series against the Colgate Raiders beginning Friday night in Hamilton at Class of 1965 Arena with puck drop set for 5 p.m. Both teams return to Hamden Sunday for a 4 p.m. showdown.

Both games will be broadcast on ESPN+ in the U.S. and internationally on Stretch Internet. 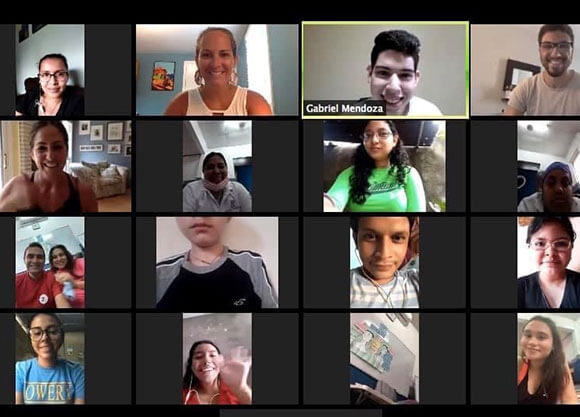 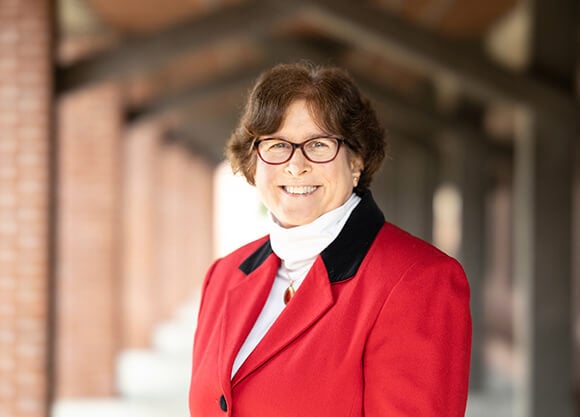 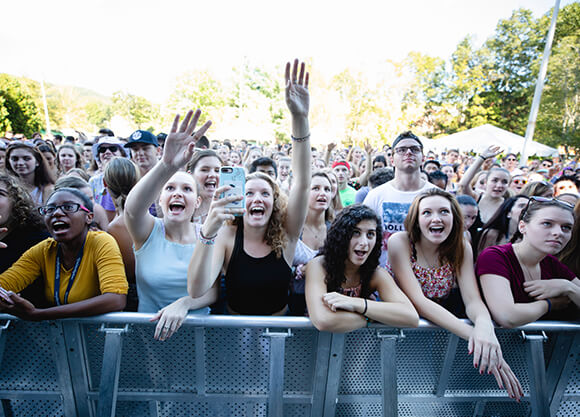 Students will celebrate the second half of the fall semester with a day-long celebration on Saturday, October 23 on the Quad.