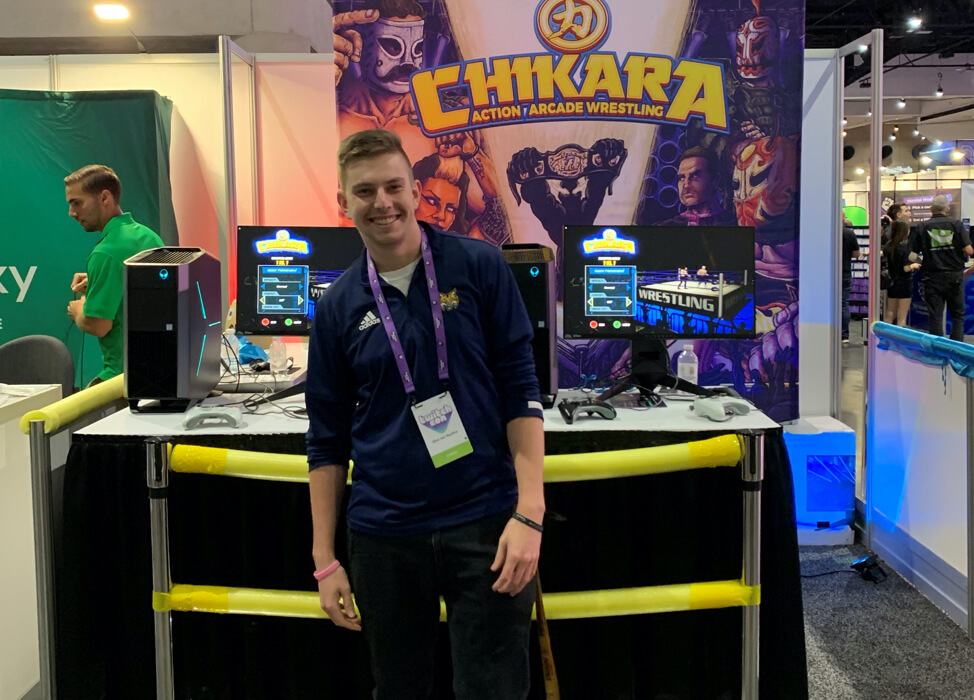 As an influencer and public relations coordinator at Reverb Communications, a California-based full-service marketing agency that caters specifically to game developers, it’s his job to make that happen.

Reilly demos Reverb’s games for prominent social media influencers at some of the industry’s biggest conventions and trade shows, including E3 and Twitchcon. He negotiates paid content deals with them to play the games on their YouTube channels, Twitch streams and other platforms. Reilly has worked with such influencers as LIRIK and XqC.

Reilly first realized his talent for the marketing side of gaming in 2018 at PAX East, one of the industry’s biggest conventions. A professor helped get him a job there manning a booth for Lay Waste Games, a board game company he once did design work for. As Reilly worked the crowd and got people playing and purchasing Lay Waste’s products, he knew he’d discovered his career.

“I learned that I am my most important asset, and that if I could talk my way into relationships, it would take me far,” he said.

Reilly’s technical understanding of game development also gives him insight into what a client’s finished game could potentially look like and how far off it is from a launch. He envisions working on campaigns for big-budget games in the future, and also hopes to collaborate with some of the gaming world’s biggest influencers.

“I love games, I love the industry, and I know I want to keep doing what I’m doing,” he said.