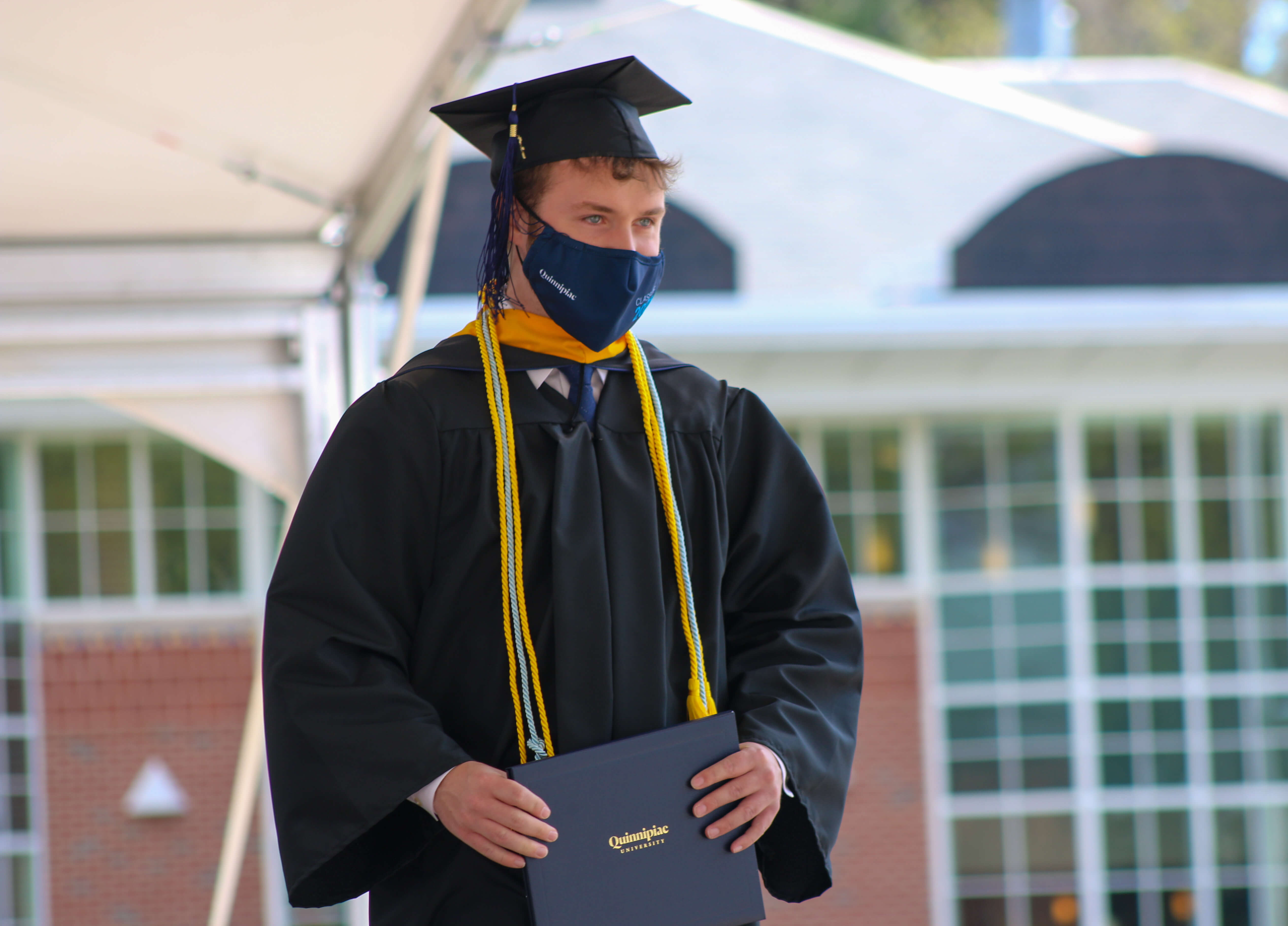 For Kyle Del Balso ‘21, a graduate with bachelor’s degrees in economics and political science, Quinnipiac has helped him discover how both disciplines impact civic engagement and the democratic process.

“Politics and the economy will always be at the forefront in this nation,” Del Balso said. “Majoring in both will not only make me a desirable candidate for jobs, but a more informed citizen and voter.”

Del Balso has taken the lessons he’s learned in class and applied them to several outside pursuits. He is perhaps proudest of the work he did as a participant in Quinnipiac’s Presidential Public Service Fellowship Program

In the summer of 2019, between his sophomore and junior years, Del Balso worked closely with Hamden’s Economic and Community Development Department to produce web resources for veteran-owned small businesses. His research on inclusive economic development helped to form a plan for business growth that was presented to town officials and Quinnipiac President Judy Olian

As a junior, Del Balso was one of the first two Central European Institute Policy Fellows at Quinnipiac. He interned with Lt. Col. John Blocher, senior U.S. Air Force fellow at the Scowcroft Center for Strategy and Security at the Atlantic Council, a nonpartisan organization based in Washington.

Del Balso’s goal is to work for a government agency such as the U.S. Bureau of Labor Statistics or a think tank such as the Brookings Institution.

“I’m proud of the steps I’ve taken each year and look forward to using what I’ve done to propel me into future internships and jobs,” he shared.