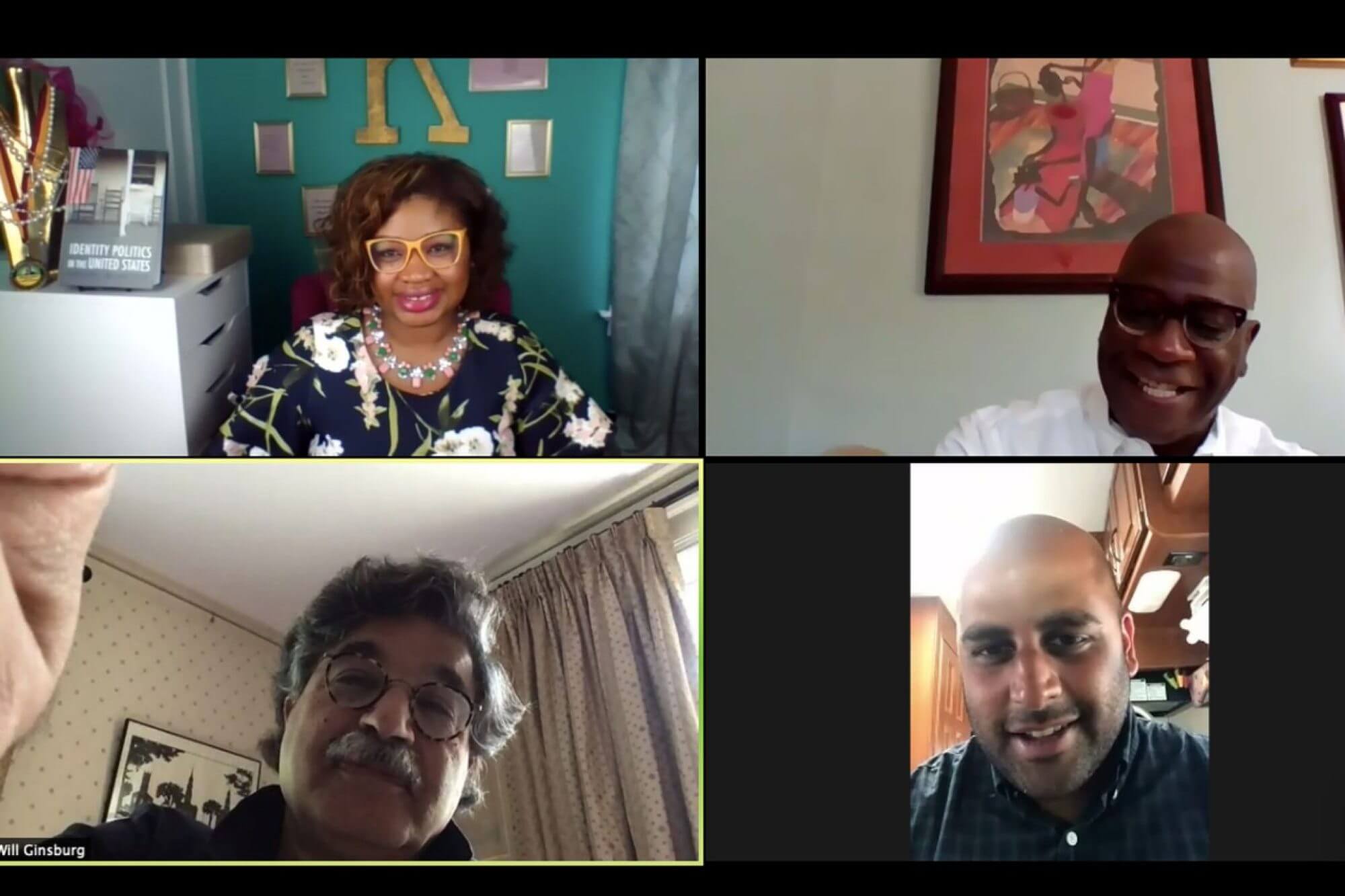 In these uncertain times, it's important to look at how the pandemic affects those who are economically vulnerable and remember that social distancing is a privilege and luxury that many may not have, said two panelists in the presidential speaker series, "The Way Forward."

Khalilah Brown-Dean, associate professor of political science and senior director for inclusive excellence, began the discussion by quoting a Commencement address by Arunan Arulampalam, JD '14, the now deputy commissioner of the State of Connecticut Department of Consumer Protection, warning that they were entering an increasingly anxious world and many Americans believe that the future America will be worse than the one that they inherited.

Arulampalam stressed the importance of looking at the pandemic through a lens that emphasizes the very real concerns that will impact people for generations.

“I see my neighbors in multi-generational housing units; they're small and cooped up and I know with my kids how difficult it is to keep them cooped up in my house,” said Arulampalam. “The impact of that for folks who have never really had meaningful health care. The anxiety that that produces for folks who have been working two or three jobs just to make ends meet, and now one or two or all of those jobs are not available, and they're wondering if unemployment benefits are going to run out.”

The challenges of COVID-19 didn't arise overnight, Erik Clemons, CEO of ConnCAT, explained. He said ConnCAT has pivoted its efforts from workforce development and arts programming to address the immediate needs of people who are feeling even more uncertainty due to the pandemic.

"We knew that the people were suffering already because of poverty and because of race," said Clemons. "We launched a fund; we raised about $580,000 in about nine days to do direct service to folks who were struggling."

This fund addressed needs such as food insecurity, electricity and clothing — $360,000 of that has already been distributed to more than 700 families in the past four months.

Brown-Dean summarized a statement from the Community Foundation that was about how our society needs to address what it calls the "dual pandemics" of COVID-19 and racism that have deepened and concentrated economic vulnerability in communities.

Will Ginsberg, CEO of Community Foundation for Greater New Haven, said that it has reinforced some of the fundamental dynamics in our community around economic vulnerability and economic mobility.

"The health and the economic impacts on people of color are dramatically more severe than on the population in general," said Ginsberg. "At some level, we shouldn't be surprised by that given the history of race and racial oppression and disadvantage in our country, but COVID-19 has worked it out with a clarity I think that perhaps wasn't there before — one that needed to be brought out. At the same time, COVID-19 has created a whole new class of vulnerable in our community."

Arulampalam said that people should harness the uncertainty they're feeling now and use it to empathize with people who have been feeling it their whole lives. Then, use their resources to build a society in which it's unacceptable for that level of vulnerability to exist in good times, let alone bad times.

"When 9/11 happened, we as a nation spent $2.5 trillion to prevent that tragedy from happening again," said Arulampalam. "The issues that have been fueling the fire of COVID-19 in our country are social issues, not purely biological and medical issues, and I wonder whether we are going to be able to muster the same resources to address the social and economic issues that exist."

Clemons said that what COVID-19 has done was laid bare the sufferings of Black and brown people in poor communities in a way thatthose who have benefited from systems of oppression cannot look away from.

Many interventions have been designed to help those who are being impacted by the pandemic with trillions of dollars going to families and small businesses.

“The federal government has stepped forward,” Ginsberg said. “But that said, I would quickly say that it has not been focused specifically on the vulnerable populations that we are talking about.”

Brown-Dean said that one common theme emphasized by both of the panelists was that many people romanticize the idea of going back to "normal."

"What I've heard from you is the affirmation that normal was not working for large groups of people across our state and really across our nation," said Brown-Dean. "As we think about this upcoming election and what it will mean, I want you to think about how we've learned about the challenges and diversity that exists within communities through this pandemic."

Brown-Dean brought the discussion to a close by asking the panelists what gives them hope.

As a self-proclaimed optimist by nature, Ginsberg said that he believes in the young people of this country and the system created over 200 years ago. He said he believes that the American people want to move forward and that there has been positive momentum for fundamental change in meeting the needs of people and changing race relations.

“I’m hopeful that the positive energy for change will prevail,” said Ginsberg. 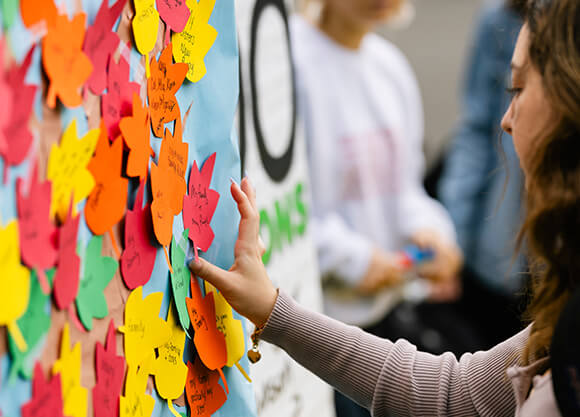 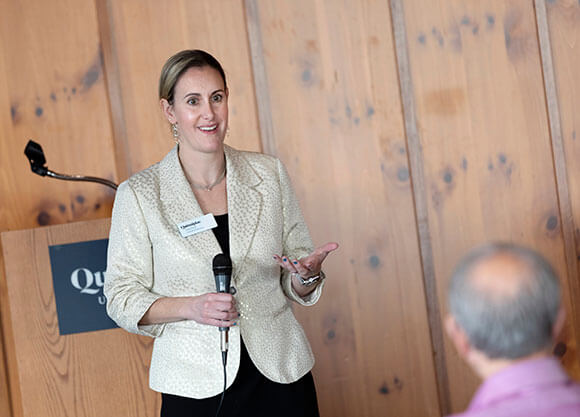