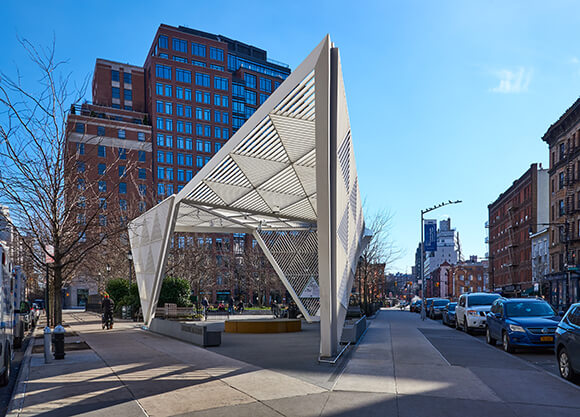 A New York City walking tour exploring the modern day gay civil rights movement is showing Quinnipiac students that not all history is commemorated with plaques.

Director of the Office of Community Service and LGTBQ+ Staff Fellow Vincent Contrucci began the Quinnipiac-sponsored tour six years ago.

“I designed it to explore the individuals, roots and actions that helped to propel the movement forward,'' he said. The three-hour tour visits 12 locales around Manhattan.

The firehouse housed community dances, group meetings, and other activities that were previously only held in private residences.

“This was the first physical space for queer people to gather. It was largely visible; anyone could go to it. And they did,” said Contrucci.

In the early 70’s, deteriorated Soho was far from the posh destination it now is.

“Nobody went there, and that’s how the gay community was able to rent the firehouse,” said Contrucci. 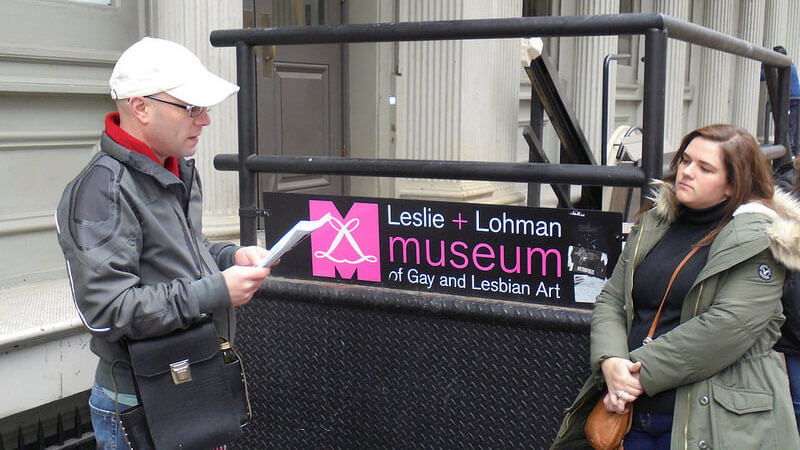 The Leslie + Lohman Museum of Gay and Lesbian Arts is among the destinations that students visit on the LGBTQ+ history walking tour in NYC.

The tour surveys the Leslie-Lohman Museum of Gay and Lesbian Art, home to more than 30,000 pieces from notable queer artists including Robert Mapplethorpe and Andy Warhol. Students also stop by Julius, the oldest operating gay bar in the city.

Students visit the New York City AIDS Memorial, pictured above, a tribute to the 100,000+ New Yorkers lost to the disease. The memorial is built on the former campus of St. Vincent’s Hospital, which shuttered in 2010. St. Vincent housed the first AIDS ward in New York City and the second in the nation.

Between stops, students learn more context around the oppression of LGBQT+ culture in the United States. For example, Contrucci discusses the Lavender Scare. A movement born during the Cold War-era, it aimed to eliminate homosexual individuals from the federal workforce.

The twice-annual walking tour is available to Quinnipiac’s undergraduates.

Attendees depart from the West Haven Metro-North train station and arrive at Grand Central Terminal. The next tour is scheduled for October 14.

Contrucci also hosts tours for classes upon request, and he continues to refine the tours based on new insights and perspectives.

“Internet databases are now more inclusive, but when I began these tours, I had to comb through articles to find specific addresses,” he said. “The first time I stood in front of the historic firehouse [the former GAA center], it was incredible to see the physical space and reflect on the powerful community it once hosted.”