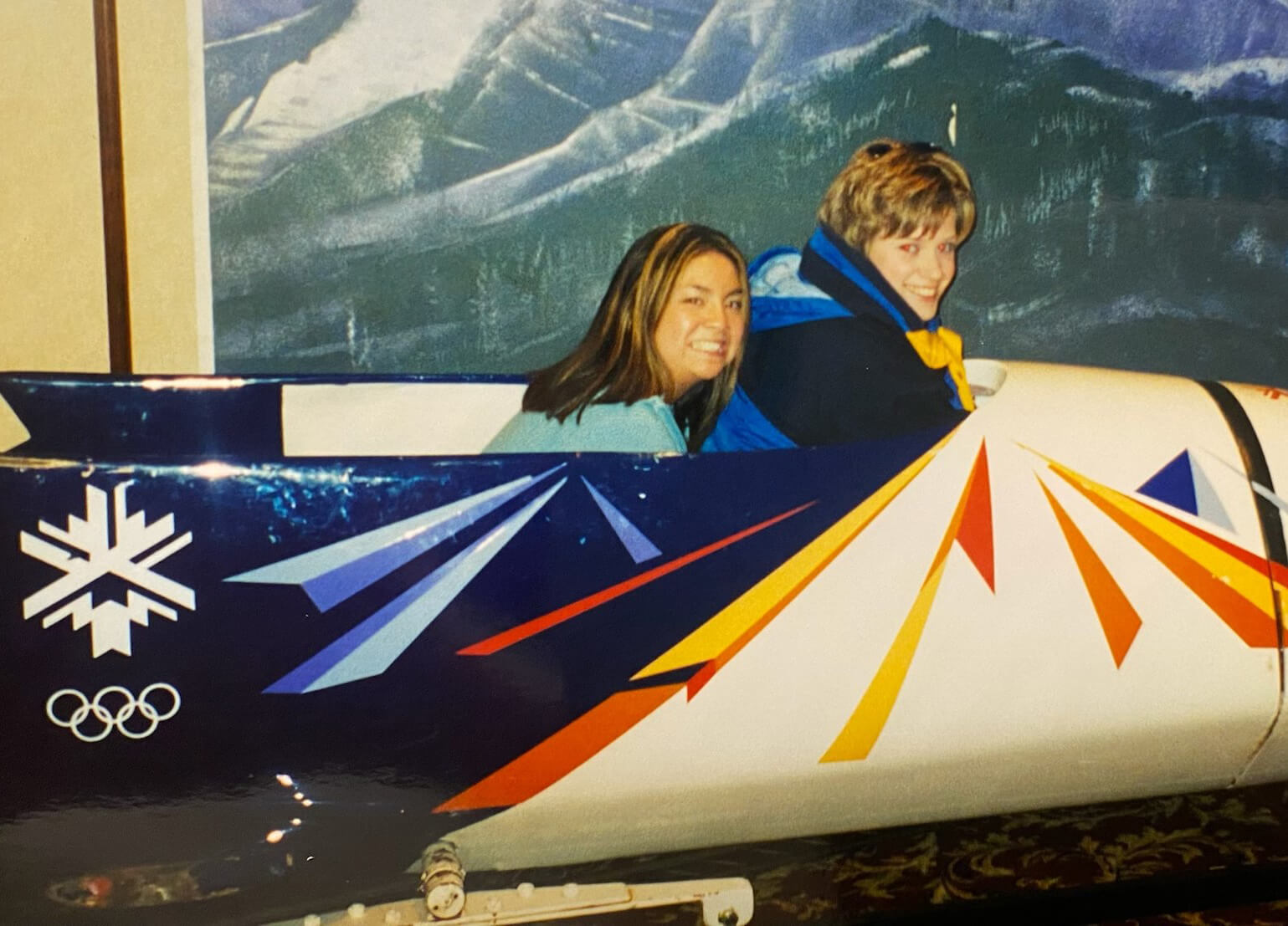 Professor of Strategic Management Andrea Luoma knows the Olympics are about far more than winning a gold medal — but rather about bringing countries together.

Since she was a little girl, Luoma has been an admirer of the games.

Her earliest memory of the Olympics was watching the U.S. hockey team compete in 1980 in Lake Placid, New York in the game now known as the “Miracle on Ice.” The U.S. defeated the heavily favored Soviet Union, 4-3, and captured the imagination of millions.

Luoma had the unique opportunity as a professor at Washington State University, where 20 students were sent to work at the Olympics for a corporate hospitality scholarship through a Mariott International partnership. Luoma taught two Olympic tourism courses and chaperoned the students to the Olympics in Salt Lake City, where she gained a unique perspective of the global event.

“There aren’t very many things that bring the world together, but the Olympics is one of them,” Luoma said. “The Olympics really does it all through sports, culture, art, music, entertainment and politics.”

Luoma describes her time at the Olympics as an “incredible experience.” Before going to the Olympics, she taught herself the ins and outs of the business behind the Olympics through utilizing her degrees in hospitality and business, as well as utilizing materials that were available at the time. While teaching her tourism courses, she learned more along the way and ensured her students understood what the Olympics is truly all about.

“I taught more from an economic development perspective,” Luoma explained. “I created two Olympic tourism courses around the Olympics, and they weren’t about the sports, they were about the culture, the politics, the history, what it means economically to host a games, why a country or a city would bid for one, why they would turn down the bid and which countries or cities have turned down the bid."

Luoma explained how the United States and the world were going through a fragile time during the games while recovering from the 9/11 terrorist attacks. During that time, the meaning of the Olympics shifted.

“It was almost like you didn’t want to laugh or be happy because we had experienced this tragedy, so one of the most memorable moments was when they carried in the flag that had flown over the World Trade Center — it was pretty tattered — but when they brought that in, it was a really moving moment during the Olympics’ opening ceremony,” Luoma said. “It was almost like a big healing moment for the country and I think about that because they weren’t just a games at that point, they were a healing moment and I think the country and the world right now could use a healing moment.”

Not only did the unity of the Olympics surprise Luoma, but also seeing the politics behind it. Between histories of backlash and boycotts, Luoma said a tremendous amount goes on behind the scenes of the Olympics.

For those who are considering working for the Olympics one day, Luoma highly encourages them to take part in it, or work for an event that brings countries together.

“Do it,” she said. “It’s just the most incredible feeling to be standing among thousands of other people and waving your flag next to other people who are waving other flags, and everybody is just super excited to be there, and the world really does come together for that event. Go ahead and do it, experience it and meet incredible people from all over the world.”