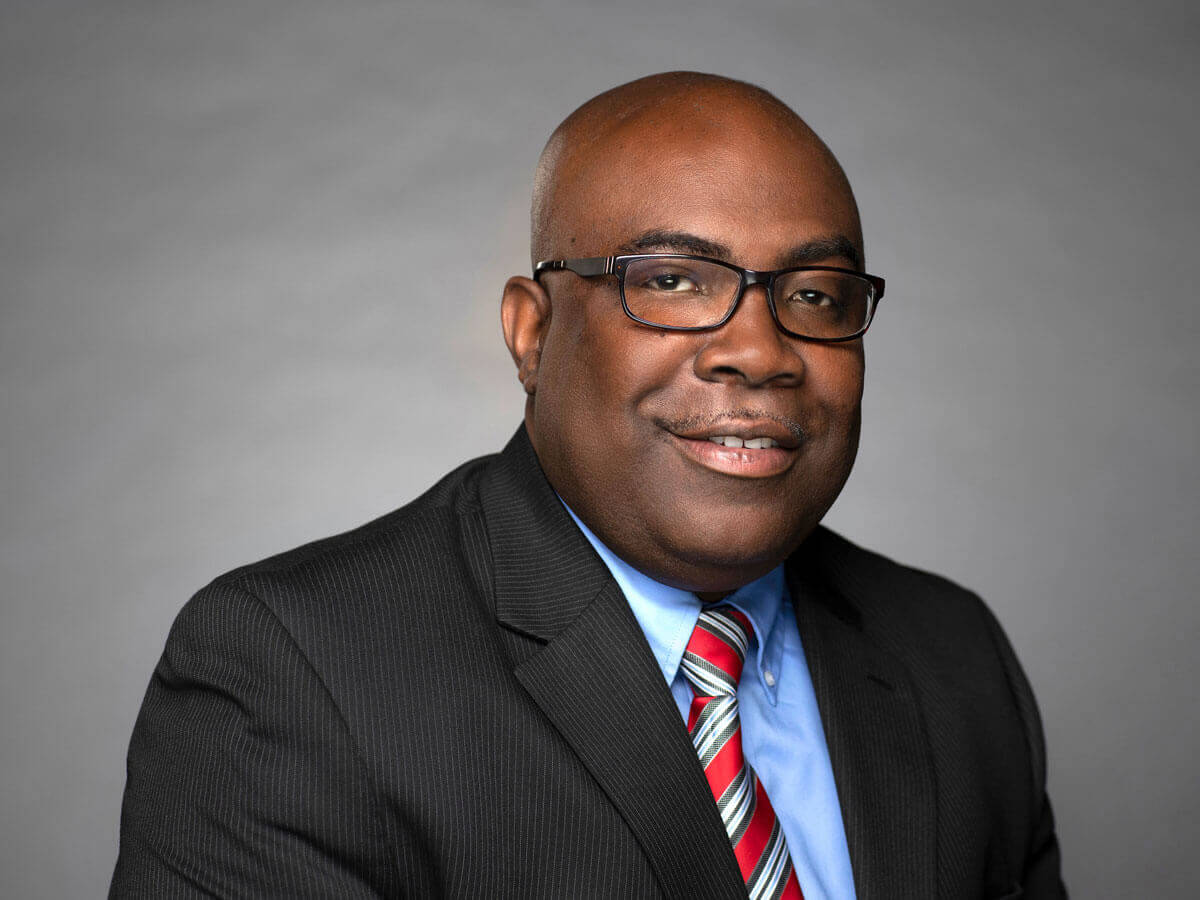 Robert Yawson, associate professor of management, was named the 2020 recipient of the James Marshall Award for Service to the Quinnipiac University Community.

The award recognizes faculty who exhibit qualities of unselfish service and dedication to the Quinnipiac community. The Faculty Senate created the award following the 2002 sudden death of James Marshall, a health management professor .

Faculty Senate Chair Bernadette Mele, clinical associate professor of diagnostic imaging, said, “I have had the pleasure of working with Robert for the past two years and can attest to his unwavering commitment to the university through his work as a senator and chair of the University Education Committee. On behalf of the Faculty Senate, I am honored to have presented this award to Dr. Robert Yawson for his extensive service contributions, particularly the positive impact he has had on peers and students from across the university.”

Yawson said he didn’t set out to win awards.

“I don’t think any of my faculty colleagues do, but when you receive an award such as the James Marshall Award, it’s an affirmation,” Yawson said. “It means that your colleagues appreciate what you do. The James Marshall Award is a testament to my humanity and the humanity of us all. I was brought up with the belief that service to fellow humans and society in general, is service to God. Having been born and raised in a communal living society where everyone is the neighbor’s keeper has instilled in me the value of service and volunteerism. I see service as a valuable and meaningful component of my academic responsibilities, and thus being recognized this way is humbling.”

Angela Mattie, professor of management, nominated Yawson for the award.

“In my 16 years with Quinnipiac, Robert’s commitment and passion for service, in my opinion, is in the top 1 percent of faculty,” Mattie said. “Robert sets an example for all of us and his ethical and moral commitment to service serves as an exemplar for the university. He is an asset to the university, school, department, students and profession.”

Students administer thousands of vaccines to residents throughout Connecticut

Hundreds of Quinnipiac students have worked diligently throughout the Spring to administer COVID-19 vaccinations to people throughout Connecticut.