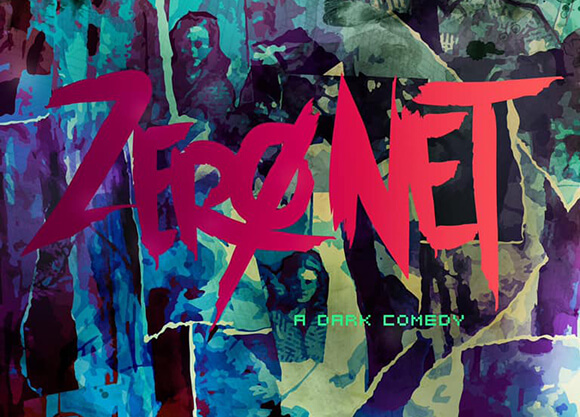 The movie, “ZeroNet,” was named best student film and was recognized for best cinematography at the virtual festival.

“I am elated to be winning awards,” Maggie Smith '20, MS '21 said. “Since it was my team’s first real film, we never thought we’d be able to compete against other films. Winning gives us validation that all of our hard work was worth it and that we made art that others enjoy.”

Smith is enrolled in the 3+1 accelerated dual-degree communications program at Quinnipiac. She earned a bachelor’s degree in film, television and media arts last May and is pursuing a master’s in interactive communications and media.

“ZeroNet is a dark comedy that follows the story of Alexander, a young adult who will do whatever it takes to help is grandmother,” Smith said. “He finds himself involved in some shady business and is forced to make some tough decisions with lives on the line. ZeroNet was the first film I professionally directed, and I loved every second of it. My team wanted to get the audience to feel for Alexander's character, even though he was doing something wrong. The film as a whole can be seen as a representation of millennials getting into situations that they can't control.”

The Toronto International Women Film Festival celebrates and recognizes films made by talented female filmmakers from all over the world. Films created by male directors about female characters and social issues dealing with women in society are qualified to submit to the festival as well.