Students create platform to share voices of women of color 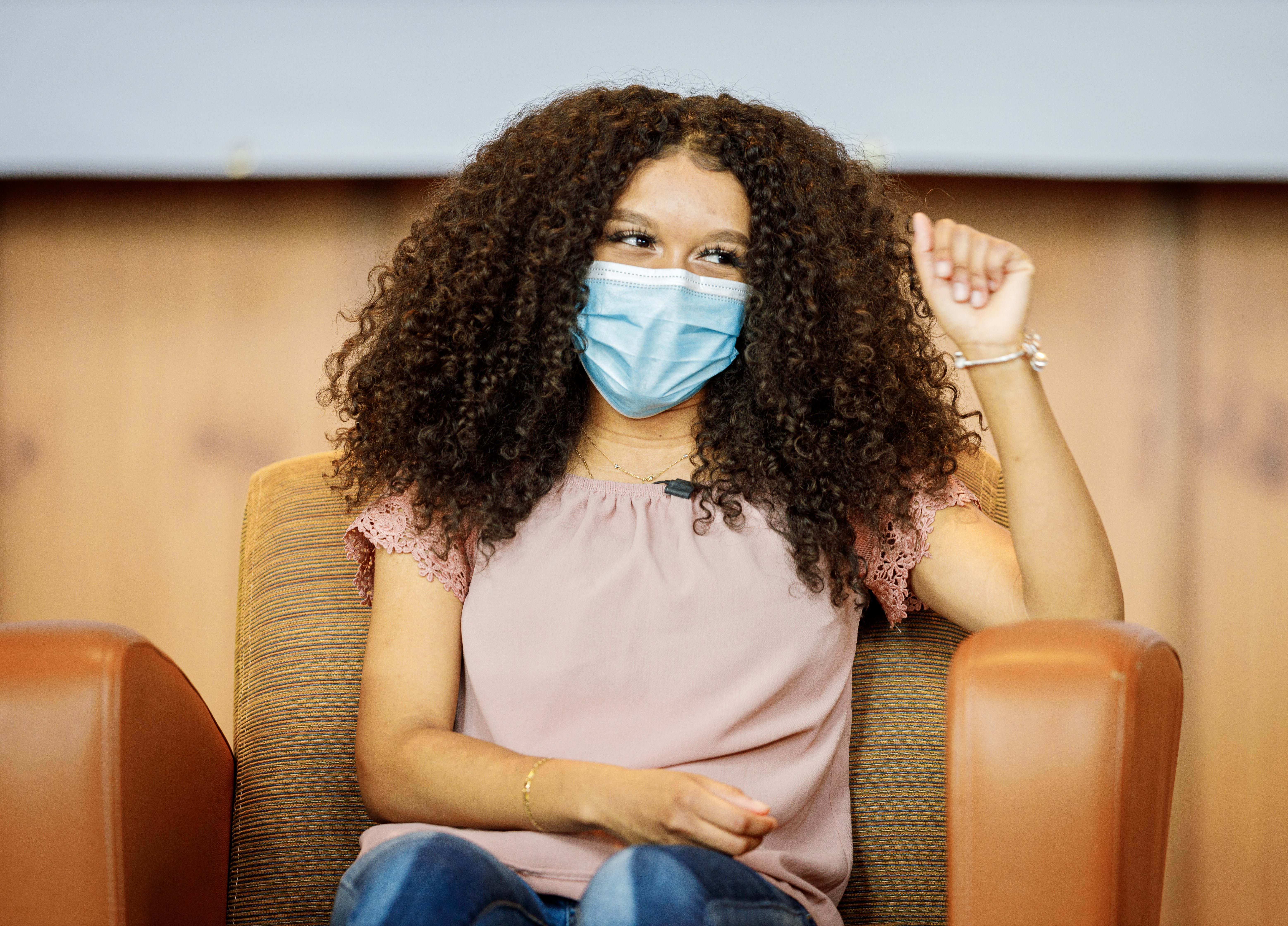 The university has launched “Curl Talk,” a new series providing women of color a platform to share their voices with the Quinnipiac community — and beyond.

“The series has the potential to empower underrepresented student viewers by removing the feeling of solitude some might experience when starting college,” said Ambar Pagan ‘22, who is a co-founder of the series.

“ ‘Curl Talk’ fosters a safe space for women of color to have a seat at the table and engage in the art of conversation by discussing an umbrella of social, political and cultural topics,” said Pagan.

Some of the topics “Curl Talk” will cover include natural hair acceptance, mental health, relationships and beauty standards.

“Not only does ‘Curl Talk’ promote engaging conversations, but it becomes a way for others on campus to learn and hear other perspectives as well,” said Olivia Barrios-Johnson ‘24, who worked with Pagan to launch the innovative series.

“I believe programming like this also makes Quinnipiac stand out compared to other schools in the area, and makes it so that we can continue having open dialogues about topics that for many years have been pushed aside.”

Pagan and Barrios-Johnson say they hope for “Curl Talk” to grow through future generations of Bobcats.

“I hope that it continues to grow and gain the attention of others, so that we can build a community with the panelists and viewers,” said Barrios-Johnson.

“My goal for this project is to inspire others to contribute their artistic talents and creativity to help make their college community and the world a better place,” said Pagan.

When Barrios-Johnson felt inspired to start making a space for women of color on campus, she wanted it to be something that let women talk about their experiences growing into the people they are today.

“After working closely with Esau Greene ‘21 who was responsible for ‘The Cut,’ I just saw how important shows like this are,” said Barrios-Johnson. “I have yet to see another school have something this raw and authentic and I think that is just what we need.”

During the lockdown of last summer, Pagan witnessed some of the Black Lives Matter protests from her NYC apartment.

“As a student leader who would soon embark on her journey of becoming the 2020-2021 Multicultural and Identity Senator Justice of the Quinnipiac Student Government Association, I was determined to find effective solutions that can help amplify the voices of underrepresented students,” said Pagan.

When brainstorming on an idea for the name of the new series, Pagan landed on “Curl Talk,” for a very specific reason.

“It represents women of color breaking barriers to step into the spotlight and share universal stories such as natural hair acceptance and beauty standards,” said Pagan. “I want to thank everyone who has helped out with creating progress through ‘Curl Talk’ at Quinnipiac by constructing a community of resilient women of color,” said Pagan.