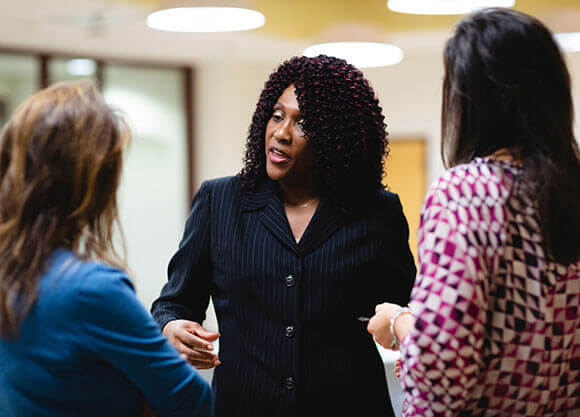 At "The Real Story Behind School Safety," educators gathered to discuss and hear from three speakers, including Fay Brown, PhD, about how social and emotional development can help students feel safe in the learning environment.

The most effective tools for reducing school violence are not metal detectors and surveillance cameras but compassionate school climates and engaged, student-teacher relationships, educators said at a recent School of Education forum.

“You can put metal detectors in schools, and that does decrease the number of weapons that children bring into the building — but it also increases a sense of unsafety,” said Anne Dichele, dean of the School of Education.

“Educating students and teachers on self-management and relationship skills, developing responsible decision-making and other social and emotional learning skills are the keys to developing an environment that is safe for everyone,” Dichele said.

Dichele made her remarks during introductions at the program, “The Real Story Behind Safe Schools.” The event was a follow-up forum to last spring’s “Gun and School Violence: An Interdisciplinary Concern.” Both programs were held on Quinnipiac’s North Haven Campus.

“Children can’t learn if they don’t feel safe,” she said.

Brown was one of three featured speakers at the event. The others were Judy Puglisi, a former principal at Metropolitan Business Academy in New Haven, and Marlene DeBellis, a school-based social worker at Side by Side Charter School in Norwalk.

To illustrate her point, Brown referenced a student survey she conducted with a colleague. The survey asked 4,000 students in various grade levels across several districts and three states what they thought about school climate, school safety, student-teacher relationships and other variables.

But, the message the educators took from the responses was that students linked their sense of safety at school to the relationship they felt with their teachers. “Isn’t that powerful?” asked Brown.

Puglisi, who spent more than 40 years in education, nodded her head along with most everyone else. At Metropolitan Business Academy, a trauma-informed high school and a Quinnipiac School of Education partnership school, Puglisi saw firsthand the value of meeting the social, emotional and educational needs of students.

Judy Puglisi, a former principal at Metropolitan Business Academy in New Haven, spoke of the power of a trauma-informed approach to education.

"Students can’t learn effectively if they’re suffering from trauma," she said. As a result, students often will act out at school with disruptive, aggressive behaviors. All too often, these students spiral into a cycle of detention, suspension and expulsion.

Puglisi said students suffering from trauma are affected by adverse childhood experiences, including economic hardships, the death of a parent, the incarceration of a parent, domestic violence, mental illness and suicide.

“I am regularly surprised at the children who might have a large outburst in a classroom. And then, they go to a clinician. They work it out. The clinician helps them understand the problem really wasn’t with the teacher. It was something they were carrying,” Puglisi said.

“That child can now go back to the classroom and say to the teacher, ‘I apologize. I shouldn’t have talked to you that way, and I’m ready to come back into the classroom.’ The hardest thing is to help the staff learn not to personalize this and to take the child back,” Puglisi said. “When that happens, I think children really begin to feel safe.” 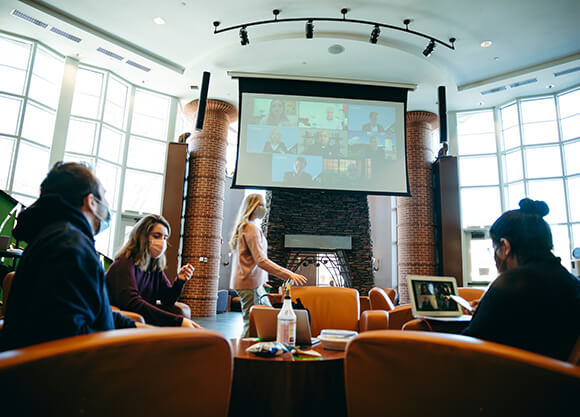 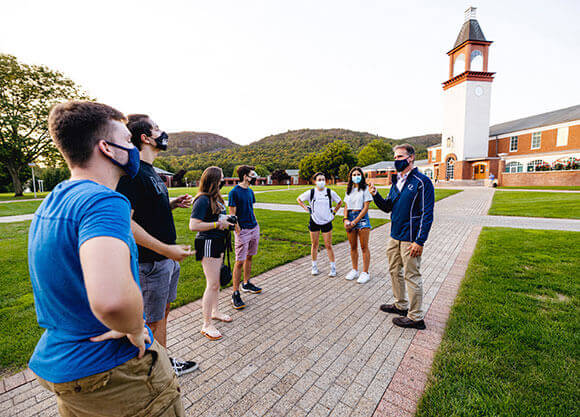 First CXO may just be a student's new best friend

When Tom Ellett heard that Quinnipiac was looking for a chief student experience officer, he was intrigued. It was the first advertised job of its kind he’d seen, and he could visualize himself in that role. Enhancing the college experience for students is what he’s done for more than 35 years at four different universities. 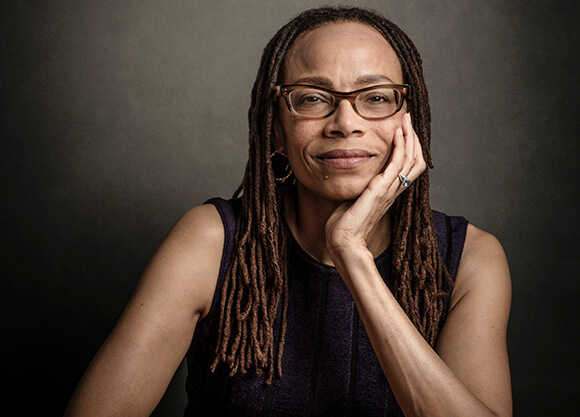 Medical professionals continue to make assumptions about race and genetics when treating patients in spite of the fact that race is not a biological category — but a social and political one, said Dorothy Roberts, a scholar of race, gender and the law. 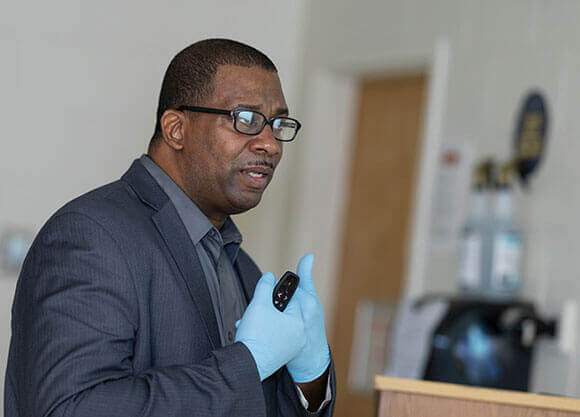 From police officer to professor

Before he became an assistant professor of criminal justice at Quinnipiac, Kalfani Turè spent five years as a police officer in metropolitan Atlanta.