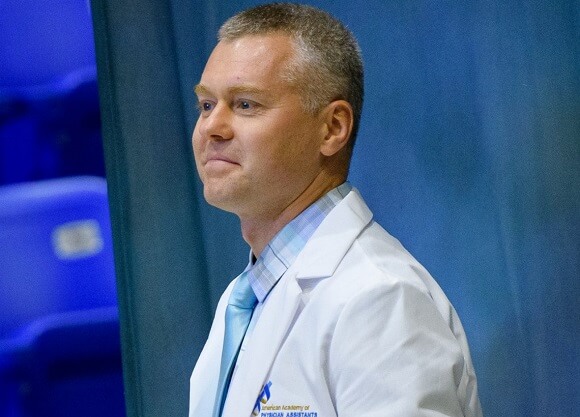 When Don Dudutis MS ’17 came to the United States from Lithuania in 2001, he had two bags, a green card and was thousands of dollars in debt.

“I was determined to make this significant advancement in my life a success, and become an accomplished physician assistant,” he said. “In 2014, Quinnipiac University accepted me to its PA program to the class of 2017. Attending was one of my best decisions I have made in my life.”

However, it was not an easy journey to attain his life’s dream of donning a white coat and helping others.

“Although my focus was centered on attending physician assistant school, my academic journey to this point has not been direct,” Dudutis said.

He focused on earning undergraduate and graduate degrees in business management as a means of strengthening his verbal and written communication skills before he even left Eastern Europe 16 years ago. “I have always believed that clear and concise communication stand at the forefront of any career,” he said.

By the time he left Lithuania for New Jersey, Dudutis had earned an MBA.

“I started everything from the beginning,” he said. “First, I worked as a waiter for about 3 years and then did some construction work.”

The 2008 recession cost him his job as a granite countertop installer shortly after the first of his two sons was born.

“Shortly after that, I had to reexamine my goals in life,” Dudutis said.

He pursued a degree in health sciences as he worked as a scrub technician in hospitals and surgical centers.

“My surgical knowledge and interpersonal skills while working alongside physicians and physician assistants has allowed me to quickly absorb medical knowledge of common ailments as well as medical terminology,” Dudutis said. “The Quinnipiac PA program prepared me very well and gave us confidence to go out and start practicing medicine. The professors applied well-developed techniques for me to absorb and retain that enormous amount of medical knowledge. It is one of the best programs in the nation.”

He encourages new students not to let anything stand in the way of their dreams. 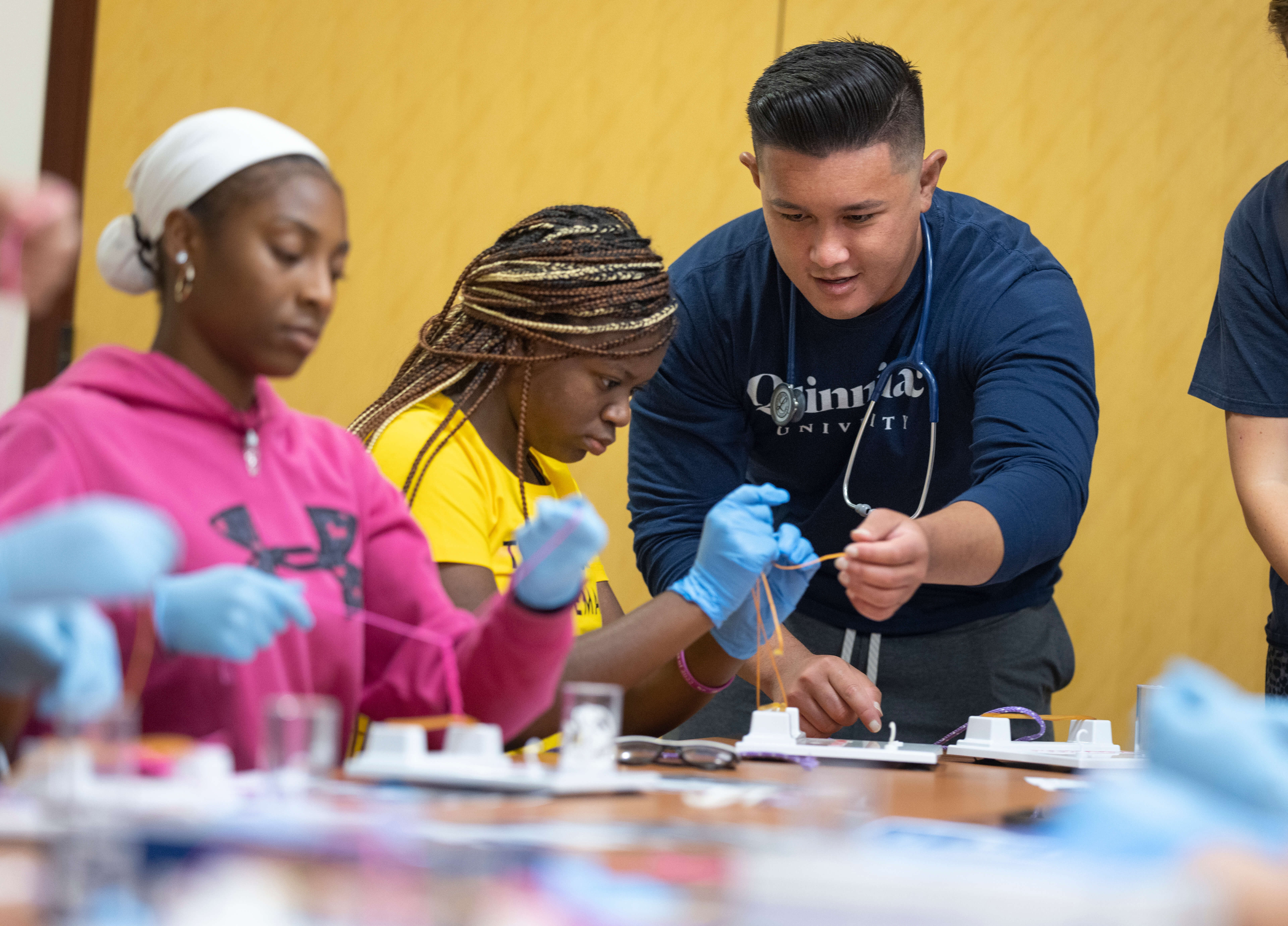