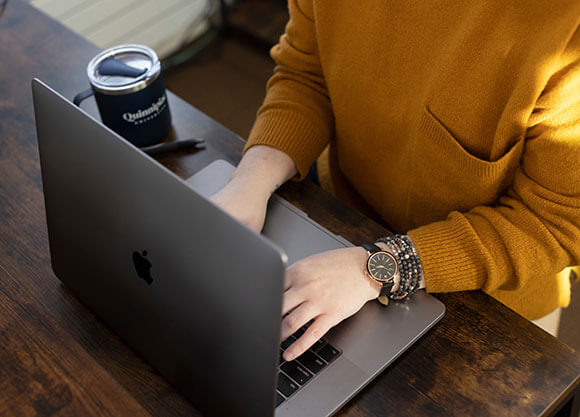 Female Quinnipiac computer science and software engineering students are making a difference in the lives of young girls who are becoming the future of coding.

Girls Who Code is a non-profit organization that strives to increase the number of future female coders and provide them with the tools and knowledge needed for the industry.

Women make up 25% of employees in computer occupations, according to Pew Research.

Quinnipiac’s Girls Who Code Lead Facilitator Lauren Atkinson ‘22, is a computer science major who joined the program during her first year of college after receiving an email announcement about the program.

“I wanted to be a part of Girls Who Code because the mission and goals of the program are absolutely amazing and this is the type of program I wished I had when I was growing up,” said Atkinson. “Girls Who Code’s mission is to close the gender gap in technology and change the image of what a programmer looks like and does. Their mission resonated with me as I am a female programmer in a male-dominated role.”

The organization plays a role at Quinnipiac as a 10-week after-school program run by female computer science and software engineering students, as well as Faculty Advisor Ruby Elkharboutly.

The Quinnipiac students teach girls in grades 6th-12th how to code. This year the club reached a record number of 42 students who are able to work on projects in programming languages such as Scratch, Python, HTML, CSS and Javascript. Atkinson is providing the girls with basic tools to help further their potential careers in programming, she said.

“I believe that Girls Who Code has great benefits and directly has an effect on women in coding,” Atkinson said. “For the majority of these young ladies, Girls Who Code at Quinnipiac is where they were introduced to the world of coding. I had to convince a couple of girls that coding can be done by women!”

The club also showcases women who are currently in the field and have paved their future coding paths. Atkinson is determined to inspire the future female coding generation.

“Girls Who Code is an exceptional program and does a lot to bridge the gender gap in technology,” she said. “I am proud to not only be a part of this organization but also proud to be a part of the Quinnipiac University Girls Who Code club. I had a parent say to me one time that I am gearing up a new generation of programmers. Ever since then, I have worked extra hard to ensure that the 42 young ladies know that they possess the qualities to become a programmer.”

Atkinson isn’t the only girl involved in Girls Who Code.

“I don’t do this alone — there are eight other female engineering students that assist me in running the meetings on a weekly basis, so thank you Samantha Spinner ’23, Hephzibah Rajan ’23, Madison Badalamente ’23, Caprice Williams ’23, Karalyn Kachmar ’22, Sadjell Mamon ’23, Emily Balboni ’23 and Christelle Flores ’23,” she said.

According to Atkinson, being a part of Girls Who Code hasn’t only benefited the middle and high school students, but she has also acquired skills she wouldn’t have had otherwise.

“Girls Who Code has taught me a lot about myself and a lot about running an organization,” she said. “I now believe that I have acquired new soft and hard skills that I will take with me into my professional career.”