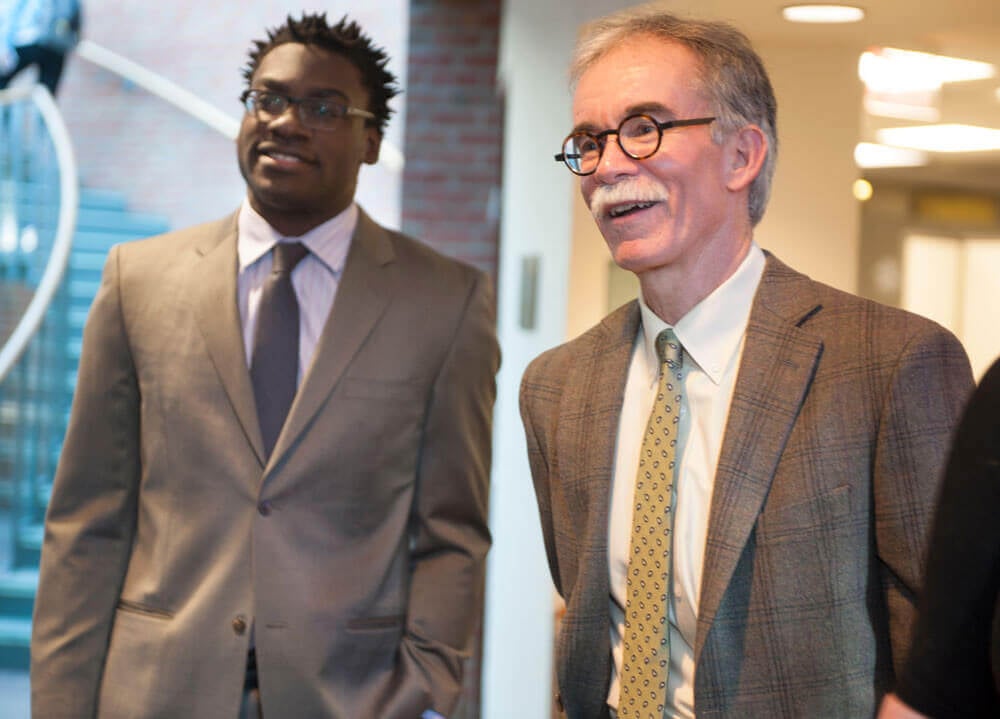 Chiarappa recently received the forum’s Catherine W. Bishir Prize for his article, “Working the Delaware Estuary: African American Cultural Landscapes and the Contours of Environmental Experience,” which appeared in the journal, “Buildings and Landscapes.”

"I am grateful for being honored by the Vernacular Architecture Forum,” Chiarappa said. “The membership of VAF has been a constant source of intellectual inspiration throughout my career and the organization fosters some of the most innovative scholarship concerning buildings, landscapes, and the places where people dwell and work. I have benefitted greatly from this tradition and I am very thankful for the acknowledgement, and for the organization's collegial spirit that makes our work meaningful."

Chiarappa, an environmental and cultural historian who joined Quinnipiac in 2011, earned a bachelor’s degree from Ursinus College and his master’s and doctoral degrees from the University of Pennsylvania where he studied the history of American vernacular architecture and landscapes under Henry Glassie, Don Yoder, and Robert St. George. He previously taught at Western Michigan University where he was jointly appointed in the Departments of History and Environmental Studies and directed the public history program.

Chiarappa also served as director of the Center for the Environment and Society at Washington College. His work has focused extensively on the Middle Atlantic, New England and Great Lakes regions. An active public historian and public humanities scholar, he is committed to collaborations between universities/colleges and the wider community. He has collaborated with a range of museums, government agencies, and environmental groups including the Smithsonian Institution, the National Park Service, National Marine Fisheries Service, Mystic Seaport Museum, the Bayshore Center, as well as institutions in Canada and the Pacific Basin.

The Bishir Prize, named for longtime forum member and influential scholar Catherine W. Bishir, is awarded annually to a scholarly article from a juried North American publication that has made the most significant contribution to the study of vernacular architecture and cultural landscapes. The committee looks for an article that is based on primary research, that breaks new ground in interpretation or methodology, and that contributes generally to the intellectual vitality of vernacular studies.

“This year the quality of submissions was very high and we were delighted to read and learn about your work,” the award committee wrote in honoring Chiarappa.

Scholars and field professionals apply the term "vernacular architecture" to a range of structures including traditional domestic and agricultural buildings, industrial and commercial structures, twentieth-century suburban houses, settlement patterns and cultural landscapes. The Vernacular Architecture Forum was formed in 1980 to encourage the study and preservation of these informative and valuable material resources. In both membership and methods, VAF embraces the value of multidisciplinary interaction. Historians, designers, archaeologists, folklorists, architectural historians, geographers, museum curators and historic preservationists contribute substantially to the organization.