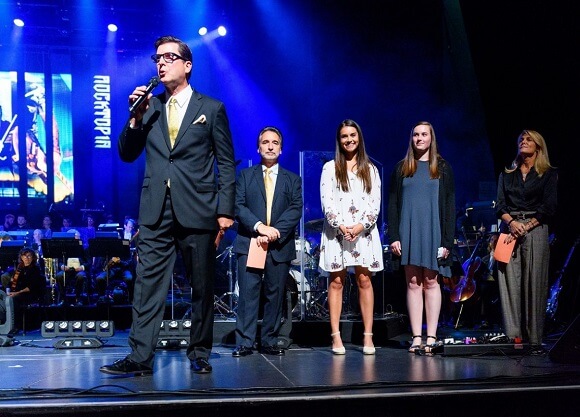 More than 1,000 members of #BobcatNation kicked off Parents and Family Weekend on October 13 with an exclusive concert, featuring ROCKTOPIA, the international music sensation.

“It was phenomenal,” said Shelley Massey, who has 2 daughters who graduated Quinnipiac and a son who is a sophomore advertising major at the university. “Everyone I spoke with was really happy.”

The concert benefited the Parents’ Association Scholarship Fund, which provides financial support for current students — several of whom were recognized before the show.

ROCKTOPIA will next perform at the Broadway Theatre for a 6-week engagement, March 20-April 29.