A traumatic day engraved in memory 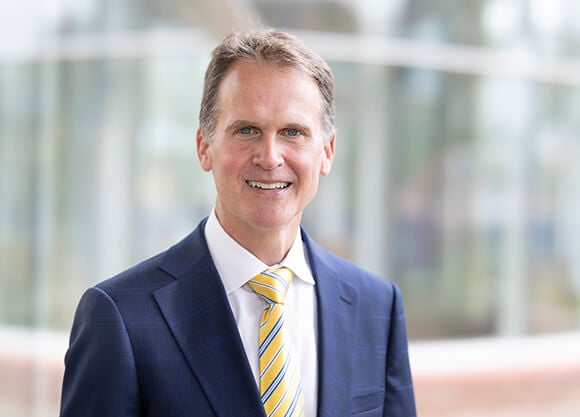 My family and I had just relocated from upstate NY three weeks earlier, and on the morning of 9/11 my wife was walking my son across Washington Square Park (and I was a football field away in my new office at New York University) as she had two planes fly directly over her head. The time was 8:45 a.m. A few minutes later, the world would never be the same again.

It was the first full week of classes and the day was gorgeous, deep blue skies, not a cloud in the sky. The temperature was perfect for a fall day except all hell would break loose for this typical Tuesday morning in September. It was the day after my parent’s anniversary and I had called them to hear about their decision to not go on that anniversary trip. A few minutes after the planes disappeared into the twin towers, my wife, having been aborted in delivering our son to his first day of classes, came back to our office – where she would end up staying – answering calls from frenzied NYU parents on the condition of their children.

The next hours/days were a blur, setting up an emergency phone bank since all cell towers were down/blocked because of call volume, misinformation about what really happened, and the billowing smoke from the towers, until they collapsed, which I witnessed less then two miles away from where I stood. Students were in hysterics, many of whom had arrived to the Greenwich Village campus of NYU just two weeks earlier. Our main focus was ensuring student safety as we had 2,400 students living one block from the Twin Towers. We focused on mental health support, as well as providing safe shelter, food and amenities. I worked for 7 days straight without showing emotion as I was the one who helped lead the response for students at the institution, securing hotel rooms for dislocated resident students, assuring them it was OK, and dealing with students who lost everything in their rooms (those close to the site) as the information that was published was that the air from the falling buildings was full of asbestos. I was numb… no feelings... just a myriad of tasks and things to do. Barely sleeping and lucky my wife was there for our two sons, handling all their needs and engaging in some support of the first responders.

We lived in Little Italy only a mile from the 9/11 site. The air was thick and choked you as the mask covered your mouth. I remember in particular one night walking from Washington Square to my home on Broome Street. It was surreal — 9 p.m., two kids playing soccer on Broadway, and I walked around the corner staring at the children… and then I saw another man walk towards me shaking his head looking at the children and the steady stream of smoke down from the Twin Towers. It was George Stephanopoulos from ABC news, finishing his long day as well. A moment shared without saying a word, knowing that life would be different.

It is hard for me to watch any documentaries and when I went to the 9/11 Memorial Museum I needed to leave… it remains too raw for me in understanding how others could cause so much death and destruction… Families torn apart … and engraved in all our memories… we will never forget.