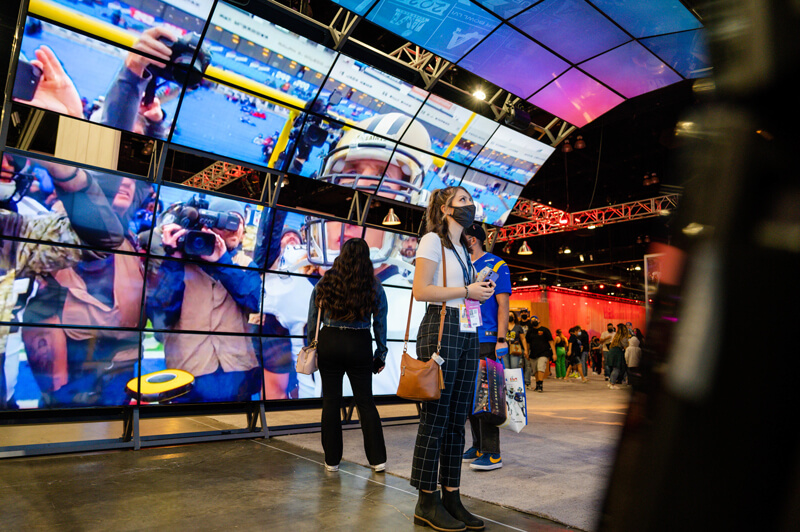 In a partnership between Ability Media, Q30 Television and Quinnipiac University in Los Angeles, the students are covering the various events and celebrations leading up to the big game — and talking directly to Super Bowl MVPs and industry leaders. 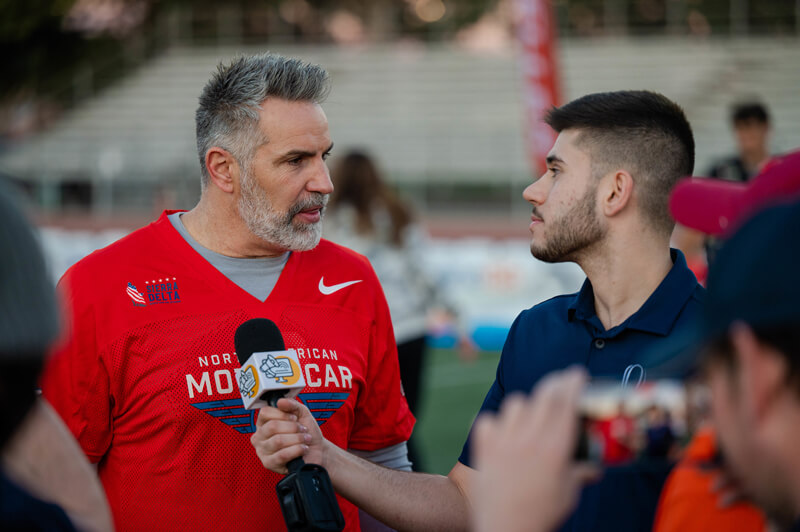 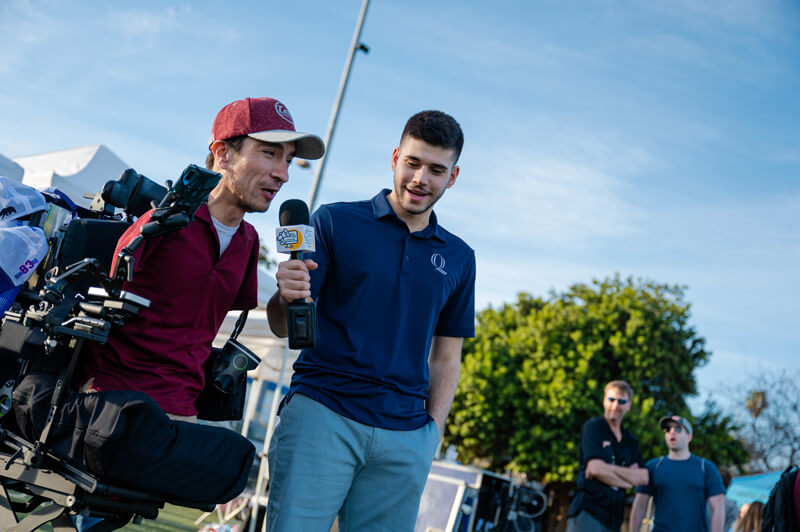 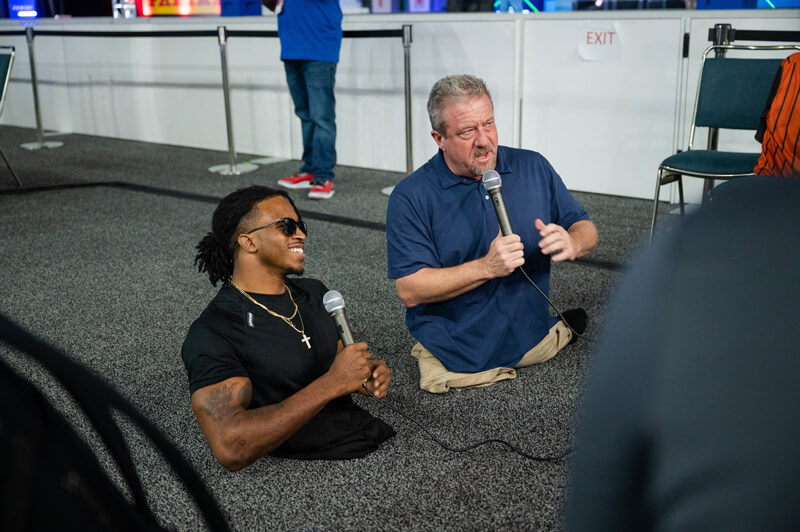 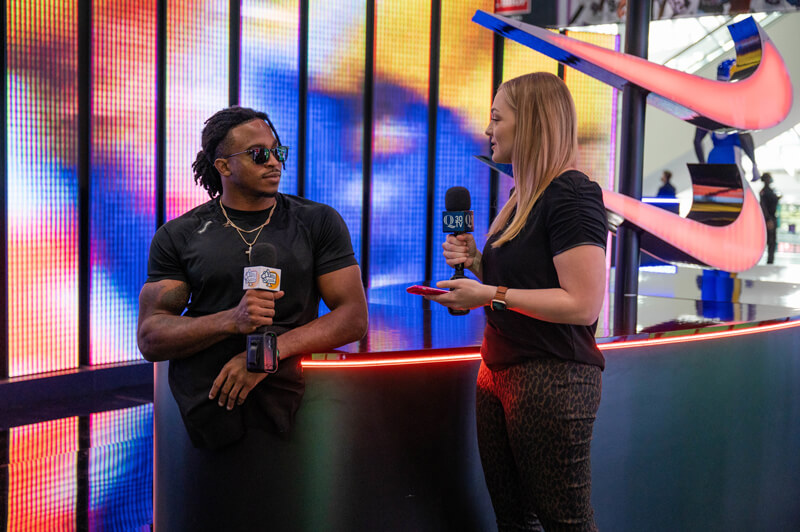 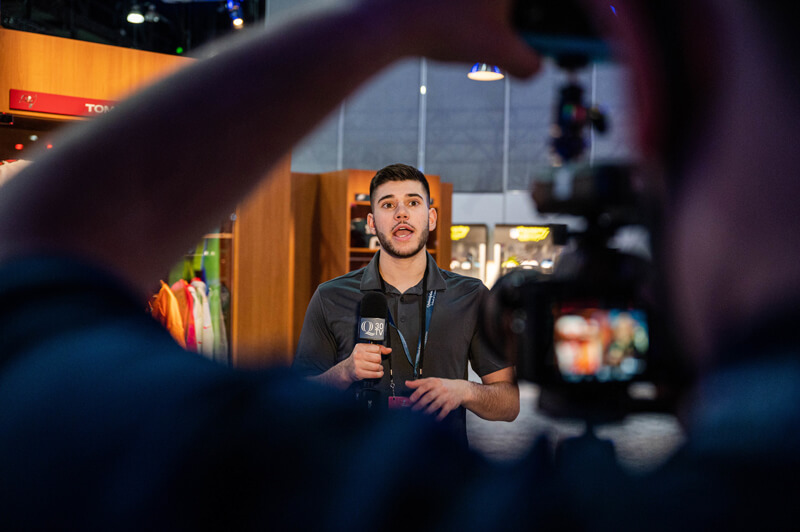 Q30 Television member Santino Maione ’23 is recorded by Aaron Roberts ’22 inside the NFL Locker Room in the Super Bowl Experience, where a replica locker room holds cases filled with jerseys and gameday outfits. 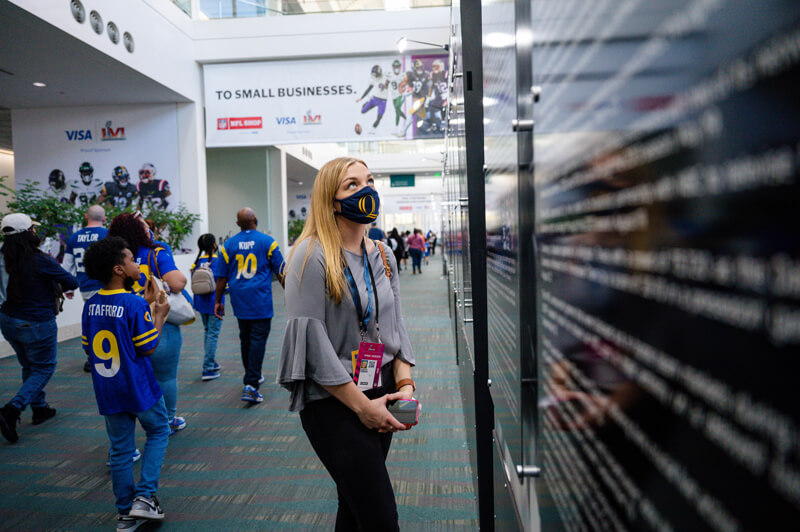 Senior journalism major Lo Yarnall ’21, MS ‘22 stands close to the Chronology of Pro Football exhibit at the Los Angeles Convention Center. This exhibit included old jerseys, history, and even the evolution of the NFL logo since its conception. 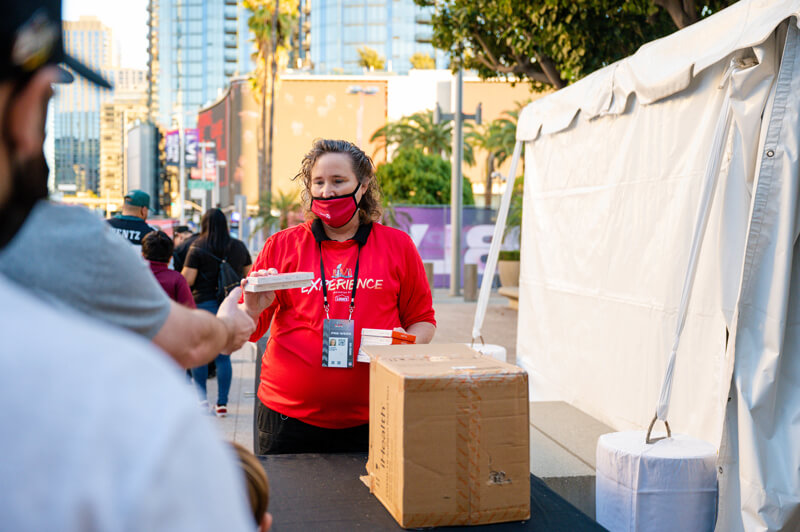 Outside of the Los Angeles Convention Center, staff were handing out at-home COVID-19 rapid antigen tests for individuals and families. Amid a global pandemic, the NFL is keeping health and safety its top priority. Each test kit contains two at-home tests. 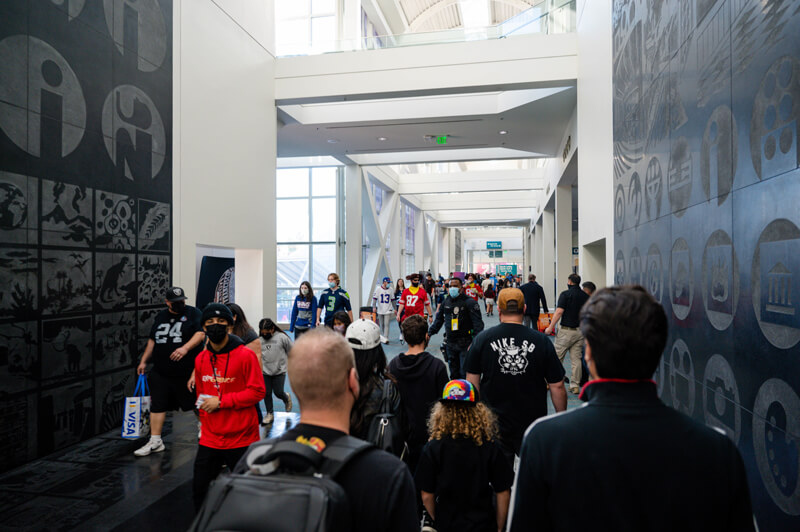 Fans who bought tickets for the Super Bowl Experience on Sunday, February 6, explore the Los Angeles Convention Center. The NFL Experience included games, rides, fields, and even an inclusive space for individuals with specific sensory needs. 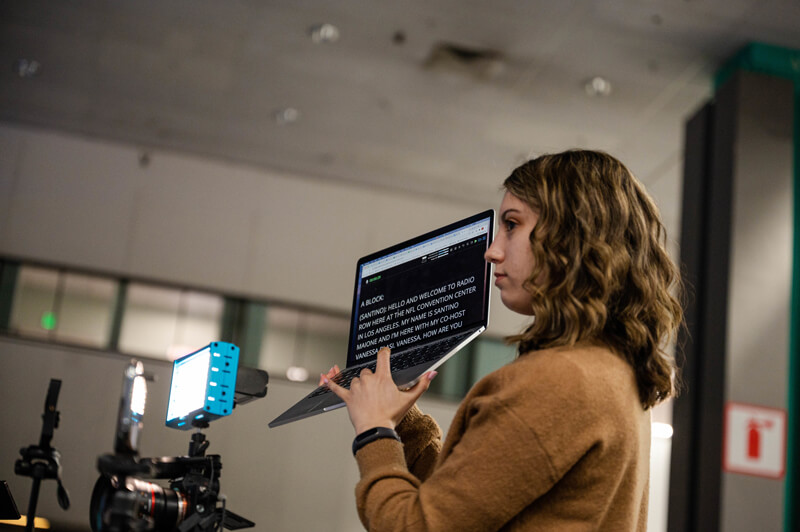 Public relations major Sydney Handler ’23 acts as a human teleprompter as the on-desk reporting team reads through their script. On-the-go, the Ability Media and Q30 teams have learned to adapt to their surroundings and use the technology they have to the best of their abilities.

Learn more about the School of Communications