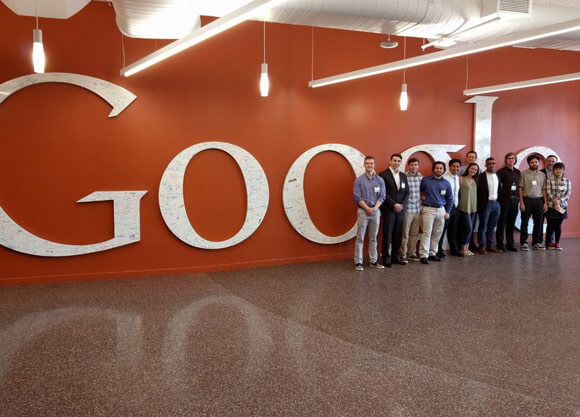 An alumna enabled nine computer science and software engineering students to travel to New York to see the inner workings one of the world’s most recognized, prestigious technology companies.

“I'm incredibly thankful for my professors at Quinnipiac,” said Amanda Kassay ’10, now a senior creative engineer at Google’s New York City offices. “I was really happy to be able to give back by hosting their current students at Google.”

The former math and computer science double major led the group on a full building tour. More creative space than corporate America, each floor had its own theme, some based on elements like Earth and water, and others inspired by New York City’s subway system and Times Square. Many of the rooms were connected by ladders or spiral staircases, including the Lego Room — a space lined wall to wall with the colorful blocks — where employees are encouraged to retreat to and build things.

“It was really neat to witness the kind of environment Google thrives in,” said freshman software engineering major Brandon Loehle. “I think we all had our ideas about what kind of a workplace Google provided, but to be able to see it first hand was truly a unique experience.”

“This is not the kind of place that existed when I was looking for jobs so many years ago,” Blake said. “These tech companies offer young professionals a different notion of what work is, or can be.”

Following the tour, students were treated to a Q&A with five other Google engineers. The engineers fielded questions ranging from what a typical day at Google is like for employees to the kinds of tools and technology they regularly use and some of the various products they’d been working on.

“To have had time to converse with engineers about the paths they took to Google as well as what is looked for in future Googlers was a unique and invaluable experience,” said computer science major Ian Jacobs ’17.

For Blake, the trip wasn’t about glorifying Google, but about reminding his students that they already possess the skills, education and creativity to work at such a dynamic and competitive company.

“I’d noticed that many of them hadn’t had Google on their target list before,” he said. “This trip changed that.” 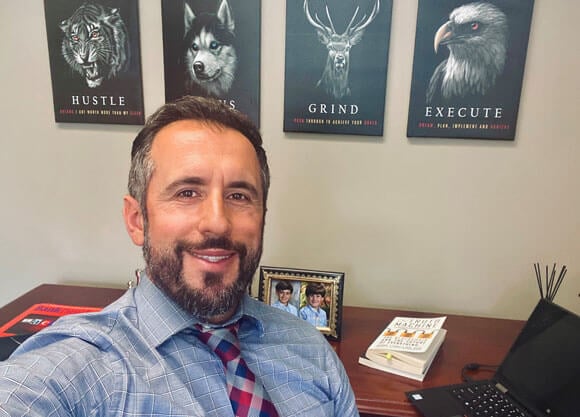 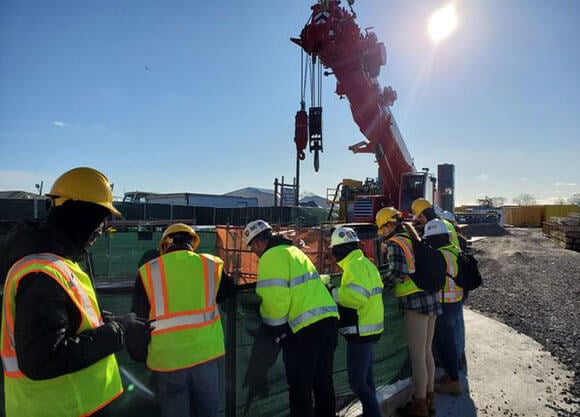 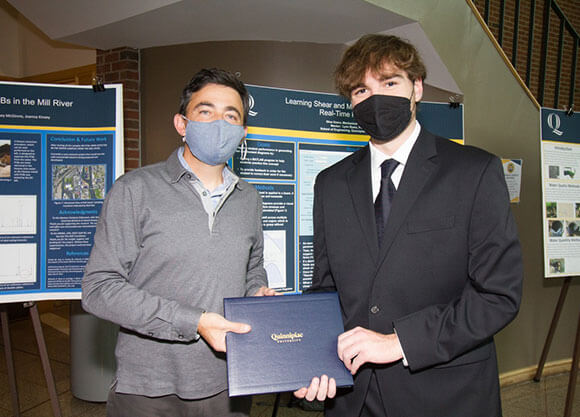 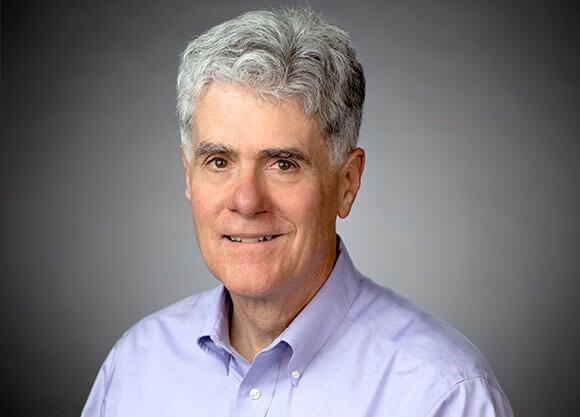