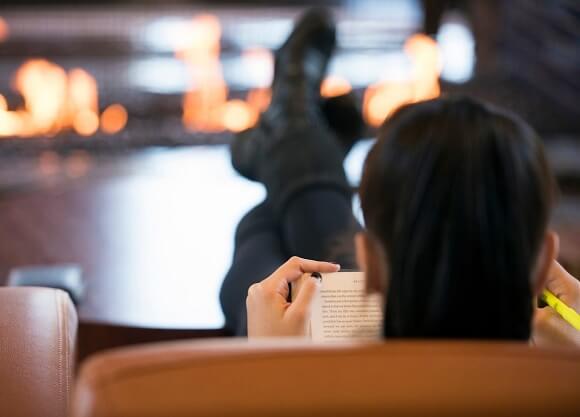 Just because Americans are tethered to their smart phones doesn’t mean they cut the cord with books.

“We have come to think of technology, especially cell phones and social media, as a danger to our literacy as a society,” said English Professor Nick Robinette.

“The image of millennials hunched over their phones is a commonplace and seems to justify all that worry about their distracted minds," said Robinette. "However, a recent survey by Gallop tells us quite the opposite: the young are in many cases reading more than their parents and grandparents.”

The survey indicates that we are consuming books at nearly the same rate as we did in 2002 — a time before social media became commonplace. Further, despite the growth of e-readers and tablets, 73% of those surveyed said they most often read printed books — whereas only about 20% said they often read electronic books and fewer than 10% listened to audio books often.

What a hopeful message on this #BookLoversDay.

“The data remains encouraging, documenting that Americans are still a literate people, with access to the wider range of thought, feeling and understanding that reading makes available,” the assistant professor of English notes. “For my part, I'll be reading something by Neil Gaiman. My new book project concerns this enormously popular writer and speculates about his value to readers today. I'll probably give ‘The Ocean at the End of the Lane’ a look.”