Lisa G. O’Connor named dean of the School of Nursing 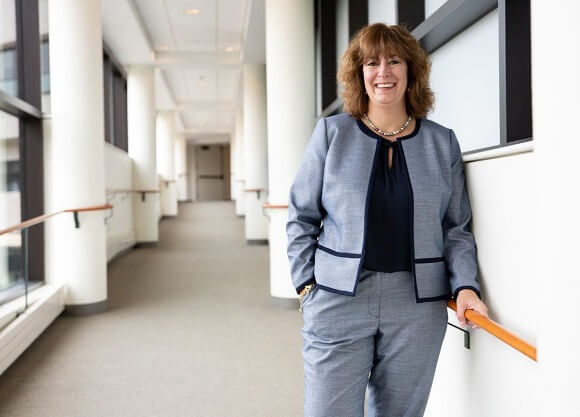 Lisa G. O’Connor has been named dean of the School of Nursing, effective July 1. She succeeds Jean Lange, founding dean of the school, who is retiring June 30.

O’Connor, who has been associate dean of the School of Nursing since 2015, joined the Quinnipiac community in 2003 as an assistant professor. She served as director and chair of undergraduate nursing programs before ultimately being promoted to associate and full professor.

"It is my sincere pleasure to leave our School of Nursing in the highly competent hands of Dr. Lisa O’Connor," said Lange. "Her commitment, dedication and passion are well known throughout the university and nursing community. I know she will bring the school to new heights and wish her, the faculty and staff the very best on the next stage of their journey."

As the School of Nursing’s associate dean, O’Connor provided operational and strategic support. She has collaborated closely and effectively with search committees and the Office of Human Resources on the recruitment and retention of faculty, staff and administrators. In particular, she led a successful search for faculty with simulation expertise — a major tenet of the school’s educational approach.

Her long-standing commitment to the profession and to excellence in nursing education has been further cultivated through board membership and leadership at the Connecticut League for Nursing, continuous development through the American Association of Colleges of Nursing’s annual leadership conferences, and most recently through her work as an accreditation-site evaluator for the Commission on Collegiate Nursing Education. Her leadership at the state level was recognized in 2014 when she earned the Nurse Leadership Award from the Connecticut League for Nursing.