Prepared to succeed in the center of it all 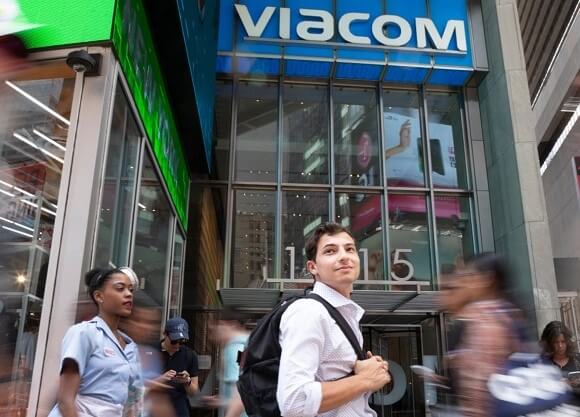 Richie Petrosino ’20 is at the forefront of graphic design at his internship in the heart of Manhattan.

“Viacom has offered me a wide range of responsibilities, really allowing me to tap into multiple industries in one internship,” he said. “I’ve designed graphics for Instagram, internal events and website use. I’ve also been responsible for collecting research on various software the department uses — which has led to a number of meetings with interdepartmental employees and phone calls with other companies.”

Most recently, the graphic and interactive design major (GID) was able to expand his creative brand strategy and appearance skills when he was tasked with creating mockups for the rebranding of the Viacom Catalyst, his department.

“The School of Communications prepares students for the demands of the evolving industry,” Petrosino said. “The way the school’s programs intermingle with each other — especially the extracurricular activities — helped me significantly to prepare for this corporate setting.”

One of the most applicable classes was understanding the principles of advertising and brand management.

“It has really proven to be quite useful — especially in our meetings,” the New Jersey native said. “I am incredibly thankful that the school is so self-aware of the necessity for inter-industry experience.”

He has used his experiences with the university’s student-run newspaper, The Chronicle, and the student-run radio station, WQAQ-FM, to develop and build his creative- and critical-thinking skills.

“GID is a very inclusive major,” Petrosino said. “Despite having ‘graphic’ and ‘design’ in the name, it is not just ‘graphic design.’ The classes include product design, branding, motion graphics and web design — just to name a few.”

His professors’ supportive but direct feedback have helped propel him to reach his potential, Petrosino said.

“Professor Laurie Grace is simply the best,” he said. “She is honest, real and, of course, concise — much like the industry. When she is my professor, I don’t need to worry about any sugar-coating. Her ability to deliver honest and meaningful feedback, while also being an awesome person to be around, is inspiring.”

His internship has inspired and made him feel more confident in his future success, he said.

“Working in Times Square is a dream come true — being in the middle of Manhattan with things to do around every corner,” Petrosino said. “The things are aweing and the people environment is really unlike any other. The diversity is unlike anywhere else in the world — and the people you meet on a day to day basis are always unique.”

"Having Richie with us for the summer has been invaluable," he said. "His eagerness to learn and push himself has really lifted our department. His skillset, especially his coding, has raised the bar for what I can expect from future interns."