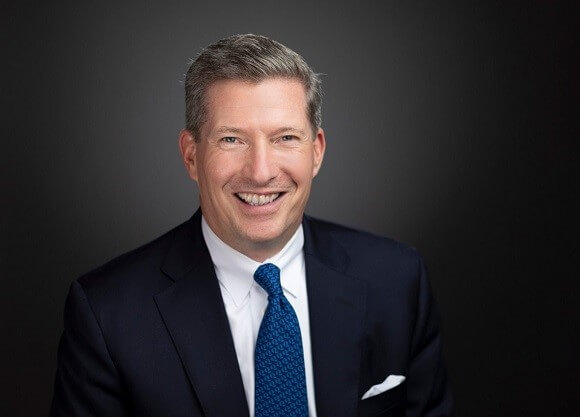 Todd Sloan, a fundraising executive with extensive experience in higher education advancement, has been appointed vice president for development and alumni affairs.

“I am delighted that Todd is joining the Quinnipiac family,” said President Judy Olian. “Todd comes widely lauded as a fundraising professional, bringing years of expertise and experience leading development and alumni outreach at major universities.”

In his new role, Sloan will serve on President Olian’s management team and have leadership responsibility for all fundraising and development across the university, as well as oversight of alumni affairs.

“I am so proud to join the Quinnipiac family,” Sloan said. “This is a well-respected, national institution on the rise with dynamic leadership, innovative faculty and inspired alumni. I look forward to seeing all that will be made possible as we work to advance President Olian’s strategic plan for the ‘University of the Future.’”

Sloan comes to Quinnipiac from American University, where he was assistant vice president for development, and worked closely with the vice president, president, board of trustees, provost and deans to leverage philanthropic momentum, attract new sources of funding and deepen existing relationships as American prepares to launch a historic fundraising campaign.

Prior to American University, Sloan worked in executive-level development positions at The Pennsylvania State University, where in his last role he served as executive director of fundraising across multiple colleges. Prior to that, he was senior director of development at the Smeal College of Business. He was part of the team that was instrumental in the naming of several major gifts to the university including the $30 million Donald P. Bellisario College of Communications at Penn State. He also served in senior fundraising roles at Le Moyne College and Keystone College. Sloan has a bachelor’s degree in political science from The Pennsylvania State University.