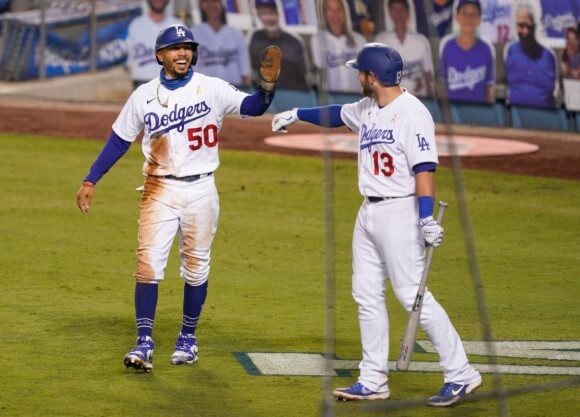 COVID-19 has taken a toll on the professional sports landscape.

Two titans of the American sports industry will provide an inside look at how the Los Angeles Dodgers, Golden State Warriors and Detroit Pistons are managing the current crisis and anticipating the future.

The event is part of the president’s virtual speaker series, “The Way Forward.” The hour-long discussion is free and open to the public.

Guber, a business executive, entrepreneur, educator and author, has been a prominent figure in the entertainment, sports and communications industries for more than 35 years. This is his ninth season as owner of the Warriors. In 2018, the team captured its third NBA title in four seasons to become the seventh franchise in NBA history to repeat as champions.

Guber’s resume includes serving as the chairman and CEO of Sony Entertainment, president of Columbia Pictures, chairman and CEO of Polygram Entertainment and co-owner and co-chairman of Casablanca Record and FilmWorks. He has produced or executive produced many notable feature films, including “Rain Man,” “Batman,” “The Color Purple,” “Midnight Express,” “Gorillas in the Mist,” “The Witches of Eastwick,” “Missing” and “Flashdance.”

Guber also is the founder and CEO of Mandalay Entertainment, a visionary multimedia venture spanning movies, television, sports and digital media. He expanded Mandalay into a national entertainment sports provider.

Zavodsky, a 2007 Quinnipiac graduate who earned bachelor’s degrees in marketing and psychology, was named chief business officer of the Pistons in June.

A former Roc Nation executive, Zavodsky spent 14 years climbing the executive ranks at Brooklyn Sports & Entertainment, where he played a key role in securing the company’s biggest deals. He helped deliver a new era for the Brooklyn Nets in 2012 when the team moved from New Jersey to Brooklyn and opened the Barclays Center with a host of new sponsors.

The presidential speaker series is designed to connect members of the university community with leaders, visionaries and established professionals from across the country. “The Way Forward” will offer a virtual forum to showcase and share innovative ideas and critical thinking about some of the most current and pressing challenges facing society.

Learn more about the series