Creating a compelling story to make a difference 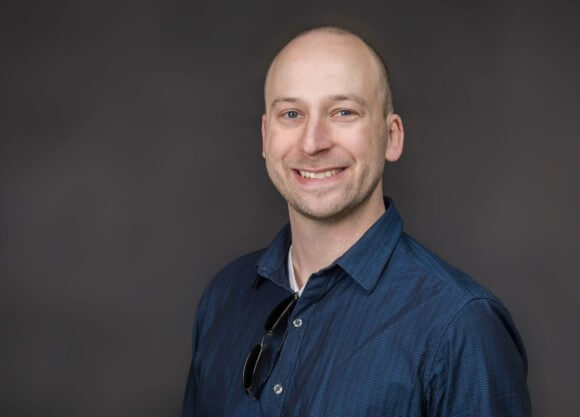 One of the things that make Quinnipiac professors unique is that many remain active in their respective industries, continuing to bring innovative, industry-leading techniques to their curriculum. Senior Instructor of Interactive Media and Design Kent Golden ‘00 is one of those people.

The School of Communications instructor recently published his first novel, “Ricky the Time Traveling Trash Panda." The story follows Ricky the raccoon working through his mission of saving the planet from the impending climate disaster that is brewing with the help of another raccoon, Monique, and a young human girl named Emma.

“On the surface this might seem like just a fun adventure book about a bunch of animals, but it’s actually very deep in terms of the moral messages related to animals and the future of our planet,” explained Golden. “My hope is that when someone reads this story, apart from simply enjoying a fun adventure, it helps them to question their own choices in daily life that impact both animals and the planet.”

Over the years, Golden said he has been considering various techniques to show people different ways of thinking about these issues, and eventually decided to write a book to convey the message of kindness and compassion.

“Habits and societal norms are difficult to break, so simply telling people a bunch of facts about animal welfare, environmental impact and human health is rarely effective,” Golden said. “People don’t like change. But a compelling story can sometimes make a difference to get people thinking differently. My hope is that by experiencing a different viewpoint in the story through the characters and their experiences, readers can see what the alternatives are in their own lives.”

Many of the characters in the books were inspired by actual animals in Golden’s life. Ricky and Monique were raccoons that he and his wife cared for many years. Their cat, Minka, even makes an appearance.

“Ricky arrived one year at our house and we saw him limping on an injured leg,” recalled Golden. “We thought maybe he was hit by a car, so we took him to the vet to get him checked out. It was actually easier to take Ricky to the vet than it was to take our own cats. He was totally fine with it. Fortunately, he just had stiff joints and needed some physical therapy.”

Golden said that the novel was enjoyable to write — especially with the support of his students and colleagues.

“Quinnipiac is very supportive of its faculty,” he said. “I was fortunate to secure a summer research grant to work on this book.”

Golden said that being a professor at Quinnipiac was really central to a lot of the creation of the book. The academic year format gave him the scheduling flexibility to do most of the writing over the summer — and he even worked with an alumnus of the graduate program in the editing process.

“The experience of actually writing and creating this book will also feed right back into my teaching of Quinnipiac students,” said Golden. “I went further in depth with programs like Adobe Illustrator and InDesign for the artwork and page layouts, which I am now able to bring into some of our class projects in the visual design courses I teach. Promoting the book on social media platforms is also helpful to know how to guide students through the same process with their own creative initiatives.”

“Ricky the Time Traveling Trash Panda” is available at major booksellers, including Amazon and Barnes and Noble.