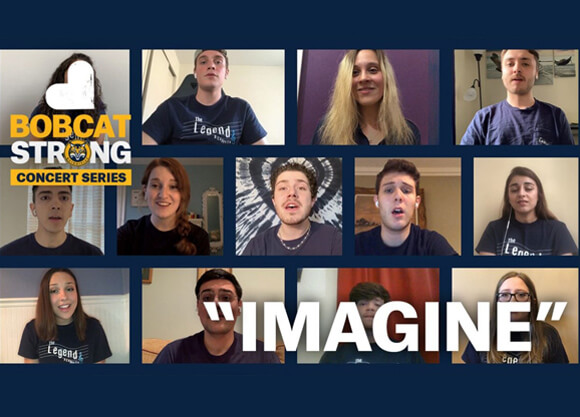 Members of the Quinnipiac Legends have come together to deliver hope to the university community – with a special, Zoom-based performance of "Imagine."

The A cappella group had intended to perform the uplifting John Lennon song during its spring concert, but when that was canceled, they wanted to still offer #BobcatNation a message of unity and and peace. Eighteen members of the group recorded the piece in less than a week.

“Our intentions are to bring a little music into everyone’s lives, as it’s a language everyone speaks,” said Margaret Ross '21, president of The Legends. “We want to inspire kindness and ease the minds of members of the community who are doing well and those who may be struggling.”