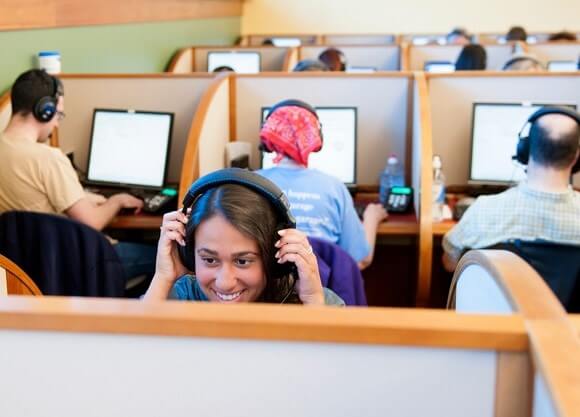 The Quinnipiac Poll has been long recognized as the gold standard for most accurately gauging the pulse of Americans on issues facing the country.

The tradition of excellence continues as the Democratic National Committee has tapped Quinnipiac as one of several key polls that will ultimately determine which candidates may participate in the debates leading up to the 2020 presidential election.

“It’s nice to continue to be recognized by both parties — the GOP in 2016 and now the Democrats this election cycle – for our gold-standard methods,” said Doug Schwartz, director of the Quinnipiac University Poll.

“We work diligently and use only the best polling practices to ensure that we have accurate numbers — and being chosen along with the most respected polls in the country to be used for the Democratic presidential primary debates feels like an acknowledgement of that work.”

There are currently 370 people working at the poll — including student and non-student interviewers, supervisors and full-time staff. Those individuals survey voters almost every week throughout the year for both national and state polls.

The U.S. Library of Congress has also begun to archive select polls from Quinnipiac each year to preserve public opinion about elections and public policy. The Quinnipiac Poll dates back to its founding in 1988.