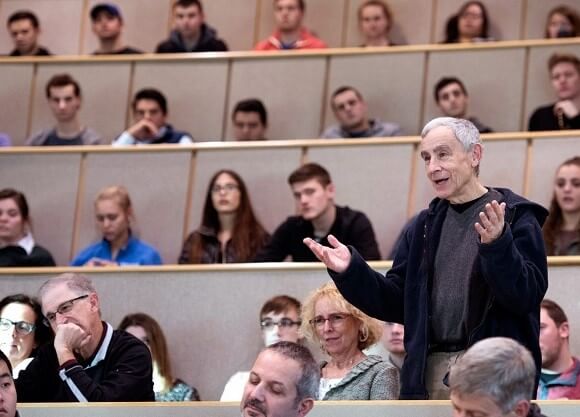 We are officially one week into in the 2017 Major League Baseball season.

While some teams have charged out of their respective gates and others have stumbled, October is still six long months away. A lot can happen over the course of a 162-game season, and Quinnipiac’s own Dr. Stan Rothman, the Stats Man, offers his prediction on how he thinks the season will play out.

Last year, Rothman,  accurately predicted 5 of 6 division winners, 3 of 4 Wild Card teams, and that the Chicago Cubs, a team that that hadn’t won a World Series since before the Titanic sank, would be world champions — before the season even started.

How did he arrive at these conclusions? By using the following linear formula: Lin W-L% = .000579*(Runs Scored – Runs Allowed) + .50, where Lin W-L% was a team’s expected winning percentage based on their (runs scored — runs allowed). For the 2017 season, Rothman took into account roster additions and subtractions to estimate a new runs scored/runs allowed for each team.

It may or may not surprise many that Rothman sees the Cubs repeating this year.

Rothman sees the Cubs atop the NL Central once again, with the Mets and Dodgers winning the East and West. The Nationals and the St. Louis Cardinals will take the Wild Card spots.

Which American League opponent does Rothman believe the Cubs will defeat to once again be crowned World Series Champions? The Boston Red Sox.

“I believe the Red Sox are the most improved team in the AL and will improve on their 2016 AL best Lin W-L% of 0.606 increasing their win total to over 95 wins,” Rothman said.

The Red Sox and Indians will once again win their respective divisions, with the Astros and Blue Jays as Wild Card winners. Like last year, Rothman has picked the Mariners to win the AL West, a choice that turned out to be his lone divisional flub.

To view The Stats Man’s eerily accurate 2016 predictions, or to read more about his break down of the 2017 season, visit The Sandlot Stats Blog.