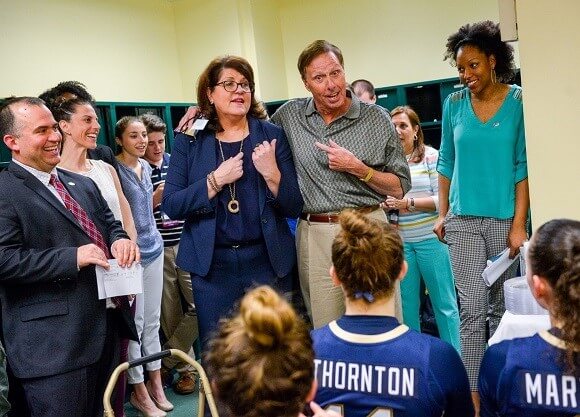 The Quinnipiac University women's basketball team scored a historic victory and major upset on March 18 — as the 12 seed Bobcats defeated 5 seed Marquette in the first round of the NCAA Tournament.

“When we won the MAAC Championship close to two weeks ago, I told my young ladies to enjoy the moment, because you never know,” said head coach Tricia Fabbri postgame. “We worked very hard to win that title. But I also said, ‘Don’t be satisfied.’ We weren't finished yet.”

The underdog Bobcats advanced to the Round of 32 in Miami where Quinnipiac will face the host No. 4 seed Miami on Monday night.

Making history certainly was not easy. Facing a Marquette team that came in averaging nearly 80 points per game (79.3, 14th-highest scoring team in NCAA), the Bobcats stymied a strong Golden Eagle squad (one that came in winners of eight straight games) throughout the game and made dynamic plays.