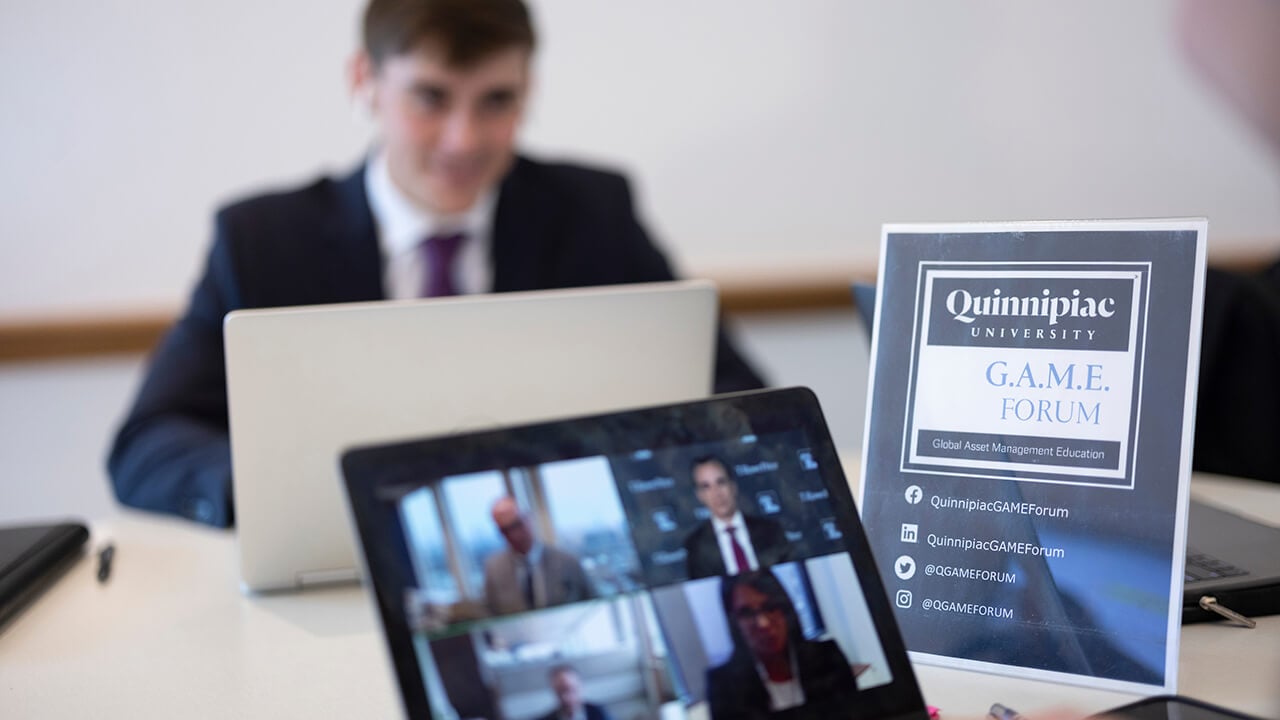 The “Global Asset Allocation: Case for Commodities” panel on the second day of Quinnipiac University’s 11th Global Asset Management Education (GAME) Forum considered the subject in a world disrupted by war and intent on decarbonizing the economy by 2050.

“Commodities are building blocks of the real economy,” said Fiona Boal, head of commodities and real assets at S&P Dow Jones Indices. “They’re not forward looking, but respond to current supply and demand.” Russia, she said, has traditionally been something of a “commodities superstore” for Europe with oil, wheat, metals, and fertilizer exports, which explains a potential economic impact of the Ukraine conflict.

Gregory Broussard, managing director at Cargill Risk Management, said that commodities grew as an investible asset class along with emerging markets. “There’s investment in the commodity itself or in the equity of a company that produces commodities,” he said.

Later that day, on the “DeFi: Blockchain, Cryptocurrencies and NFT” panel, Jeanine Hightower-Sellitto, CEO of Atomyze, said blockchains are also being used for commodities—including cobalt, a metal in EV batteries that “is not in traditional markets today.”

The panelists addressed cryptocurrency volatility, including in Dogecoin and Ethereum. “That kind of volatility is not unusual for emerging technologies,” said Jim Bianco, president of Bianco Research. “There is explosive growth, and then the scam artists come in. It’s hardly new.”

David Duong, head of institutional research at Coinbase, said that many institutional investors don’t need as much education about cryptocurrencies and blockchains as one might think. “It’s a fairly innovative space for institutionals, with 10x growth in volumes over the last year,” he said.
The consensus was that NFTs are here to stay. “The space is really hot now,” said Hightower-Sellitto.

The virtual GAME conference drew more than 1,300 participants from more than 120 universities. There also were 16 panels, 71 speakers and 41 companies represented.