School of Education hosts forum on gun and school violence 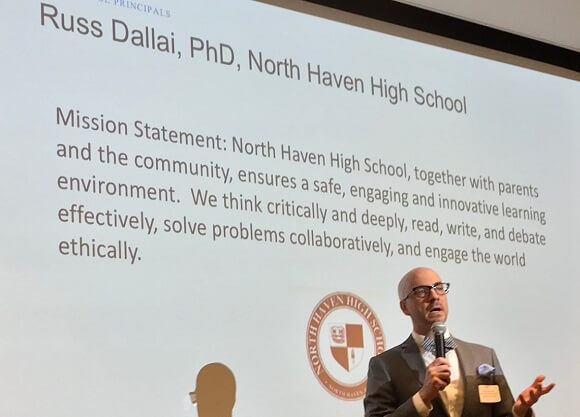 North Haven High School principal Russ Dallai has 1,000 students and 55 doors on his watch. He takes his role as the guarantor of their education and their safety seriously.

But after talking with local police, Dallai came to one, compelling conclusion: Arming teachers “isn’t just a bad idea; it wouldn’t work.”

Dallai shared his thoughts during “Gun and School Violence: An Interdisciplinary Concern” at Quinnipiac’s North Haven Campus. The public forum was sponsored by the School of Education and organized by adjunct professor Jennifer Dauphinais.

Anne Dichele, dean of the School of Education, said the need to address gun violence in schools and elsewhere is “no less than a moral imperative.”

“However you believe, we all need to act,” Dichele said on Tuesday night. “Our schools, our teachers, our students need to be safe and free to learn.”

For Dallai, it was critical to make a well-informed decision about protecting the students, faculty and staff in North Haven. So he spoke to the town’s police chief and deputy chief, among others.

“These are really measured and decent professional people, and I wanted to hear their thoughts,” Dallai said. “They told me that even trained officers in those (school shooter) situations had an accuracy rate in their marksmanship of 18%.”

Dallai was one of six speakers at the well-attended event. He was joined by Khalilah L. Brown-Dean, associate professor of political science at Quinnipiac; Judy Puglisi, principal of Metropolitan Business Academy in New Haven; Sydney Carim, a junior at Sheehan High School in Wallingford; Jerry Conlogue, professor emeritus of diagnostic imaging and co-executive director of the university’s Bioanthropology Research Institute; and U.S. Sen. Chris Murphy, who addressed those in attendance via a prerecorded video.

“There’s no evidence that our schools are less physically safe than schools in other countries,” Murphy said. “The difference here in the United States is that we have a celebratory culture of gun violence.”

For Brown-Dean, the issue of gun violence is jarringly personal.

“For families like my own, who have lost loved ones to gun violence, every loss is heinous,” she said. “The time has come for us to collectively say, enough — for our children and our children’s children.”

Carim talked about the day a sentence shocked Sheehan High.

“Exactly a week after the horrific shooting in Parkland, Florida, a student at my high school saw a sentence written on the board,” Carim recalled, “six small words that would frighten the entire student body: ‘You are going to die tomorrow.’”

Although the dark prophecy never happened, the need for thoughtful action and honest dialogue is here to stay, officials said. 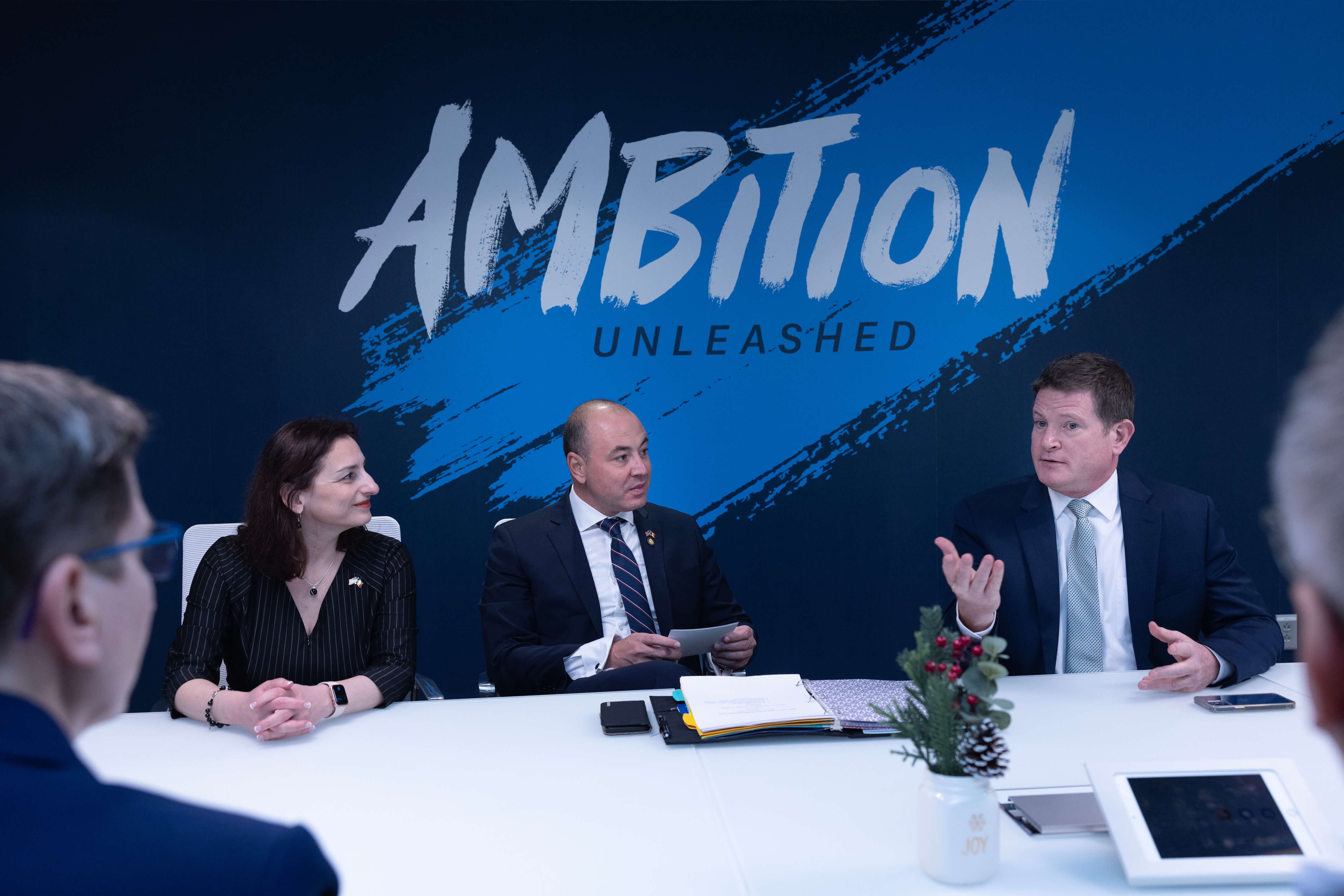