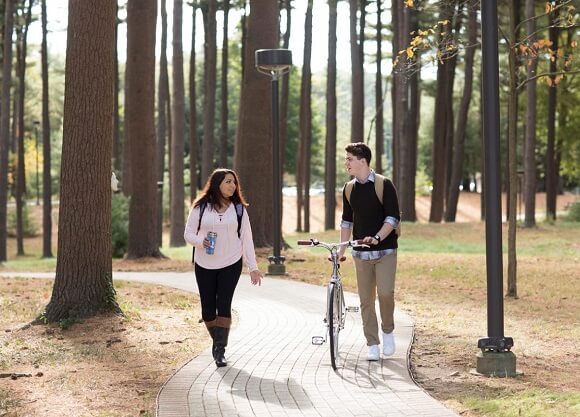 A new partnership between Quinnipiac University and the National Hispanic Foundation for the Arts will provide more opportunities for Hispanic students studying communications, theater, film broadcasting and business to transform their passions into impact.

“What is clear to us is that there is significant and growing demand for diverse talent in the entertainment world,” said Mark Contreras, dean of the School of Communications at Quinnipiac. “With the NHFA’s help, we hope that Quinnipiac can play a major role in meeting this demand.”

Since 1997, the foundation has provided scholarships, outreach and adjunct programs to more than 500 Hispanic students pursuing graduate degrees in the arts in excess of $5 million.

“We’re delighted to expose our students to the NHFA universe,” said Contreras. “The foundation has made a big difference in the lives of many students in the past and we’re fortunate that Quinnipiac students can now be a part of the foundation’s special mission.”

The Hispanic community makes up 18 percent of the U.S. population, and has become the nation’s largest ethnic minority group.

As a university, Quinnipiac has moved over the past two decades from an undergraduate population consisting of 6% minority representation to 20% as of 2017’s incoming freshman class.

“The entertainment industry has been making progress, but an enormous gap still exists before the Hispanic community is adequately reflected on stage and on both the small and big screens,” said Felix Sanchez, NHFA chairman.