Mark G. Contreras appointed dean of the School of Communications 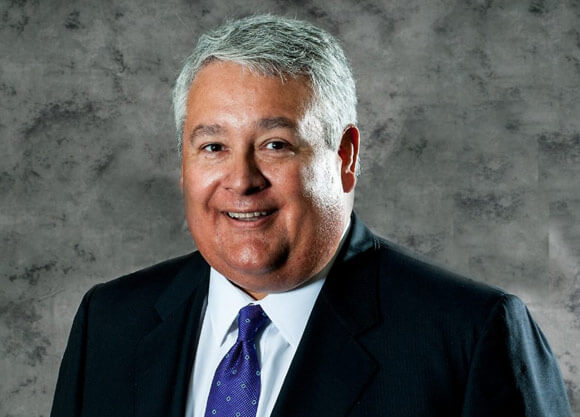 “Mark brings a wealth of leadership and industry experience that I’m confident will serve the School of Communications and the university well,” Thompson said. “He understands the rapidly changing and emerging trends in the communications industry, which will help to ensure that we deliver on our promise of the highest quality education for our students.”

In addition, the school is home to the Ed McMahon Mass Communications Center, which has a complete television production studio, including cameras, teleprompters and a control room. The center also has a News Technology Center, which was designed to emulate a newsroom production facility.

Contreras comes to Quinnipiac with extensive corporate leadership experience at some of the country’s top media organizations. Most recently, he served as chief executive officer of Calkins Media Incorporated, a privately held local television broadcasting, newspaper publishing and digital media company with assets in New Jersey, Pennsylvania, Florida and Alabama and revenue at approximately $100 million annually.

Before assuming the helm of Calkins Media Incorporated in 2011, Contreras was a senior vice president at the E.W. Scripps Company of Cincinnati, Ohio, and Pulitzer Inc. of St. Louis, Missouri. He also served as president and publisher of the Times Leader in Wilkes-Barre, Pennsylvania.

Contreras earned an MBA from the Harvard Business School and a bachelor’s degree in history from the University of Chicago. He and his wife, Marybeth Sughrue, have one adult son, Michael.