The distant rumble of thunder couldn’t drown out the roars as the Class of 2026 was welcomed into the Quinnipiac family by faculty and staff on the Quad on Friday, kicking off the fall semester for 1,872 first-year Bobcats.

The distant rumble of thunder couldn’t drown out the roars as the Class of 2026 was welcomed into the Quinnipiac family by faculty and staff on the Quad Friday, kicking off the fall semester for 1,872 first-year Bobcats.

“We are all so excited to welcome you to Quinnipiac and to help you settle into your new home away from home,” President Judy Olian said. “I promise these will be among the best years of your life. You’ll create some of your most cherished memories and most tight friendships.”

Olian lauded the collective achievements of the incoming first-year class, an “impressive group” with an average GPA of 3.54 and an SAT score of over 1200. They hail from 34 different states and 39 countries, and about 22% of the new Bobcats identify as students of color.

“You have ambition, determination and resilience to do more, to exceed expectations,” she added. “You care about the communities in which we live, you’re eager to prepare for careers of tomorrow, to build a foundation that enables you to adapt to jobs of tomorrow — many of which haven’t yet been created. And most of all, you’re joining a family of very kind people who are committed to inclusivity and social justice, who aspire to have impact and purpose.”

In his role as master of ceremonies, Don Sawyer, vice president of equity, inclusion and leadership development, warmed up the crowd with a Q-U chant before introducing Olian. He reminded the students of the academic struggles and “culture shock” he faced as an undergraduate, advising them against carrying a GPA — 1.8 — to match their age.

“One of the things I learned to do at college was to use my resources,” Sawyer said. “I learned that I couldn’t do this all on my own. One of the things I want you to know is that we are here for you, to be your support system, to hopefully create an experience that will allow you to grow and unleash your ambition on the world. That’s our promise to all of you.”

Danielle Marmer ’17, MA ’21, addressed the students from the perspective of an alumna.

Marmer is currently a player development and scouting assistant with the NHL’s Boston Bruins, making her the first woman to serve in an on-ice or operational role with the franchise. Her academic and professional achievements are a testament to her willingness to expand her horizons and “say yes” to the many life-altering opportunities that first came her way at Quinnipiac, she said.

“You’ve made the decision to come to Quinnipiac which means you’ve already said the most important yes,” Marmer said. “Good start. Remember that your education is the easy part — as long as you put in the work and stick to the plan. Know that you may never again be a part of a community that encompasses people from so many different states, countries, backgrounds, and belief systems. You will do yourself a disservice if you only interact and engage with like-minded people.”

Next to speak was Owenea Roberts '23, MS '24, a native of Bermuda enrolled in the 3+1 accounting program, who expressed her pride and gratitude for being the first international student elected president of the Student Government Association. She’s also the first Black student to serve in that role.

“Today begins the best four years of your life, and I know you all will grow to love and appreciate this university as much as I do,” Roberts said.

She reflected on her early experiences as a senator in SGA, one of the many ways incoming students can immerse themselves in Quinnipiac’s transformative campus culture. Getting involved in one or more of the university’s 140 clubs and organizations “helps you define the place that you want to take in society,” she said.

The students were led in reciting the university creed by a group of student orientation leaders, who also sang along with the pep band as they played the Bobcat fight song and demonstrated the proper claw technique. 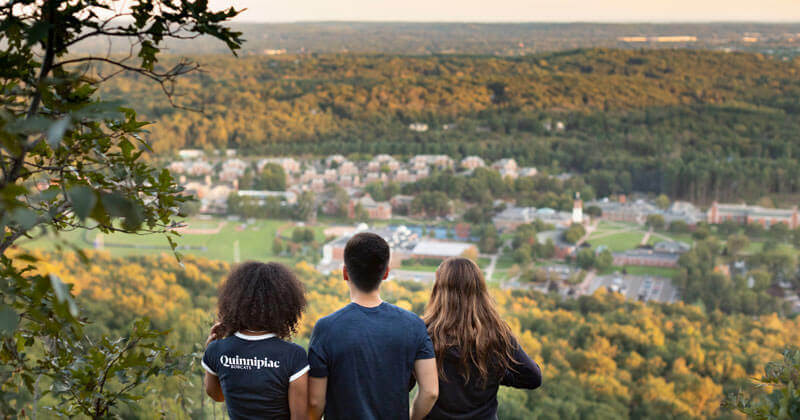 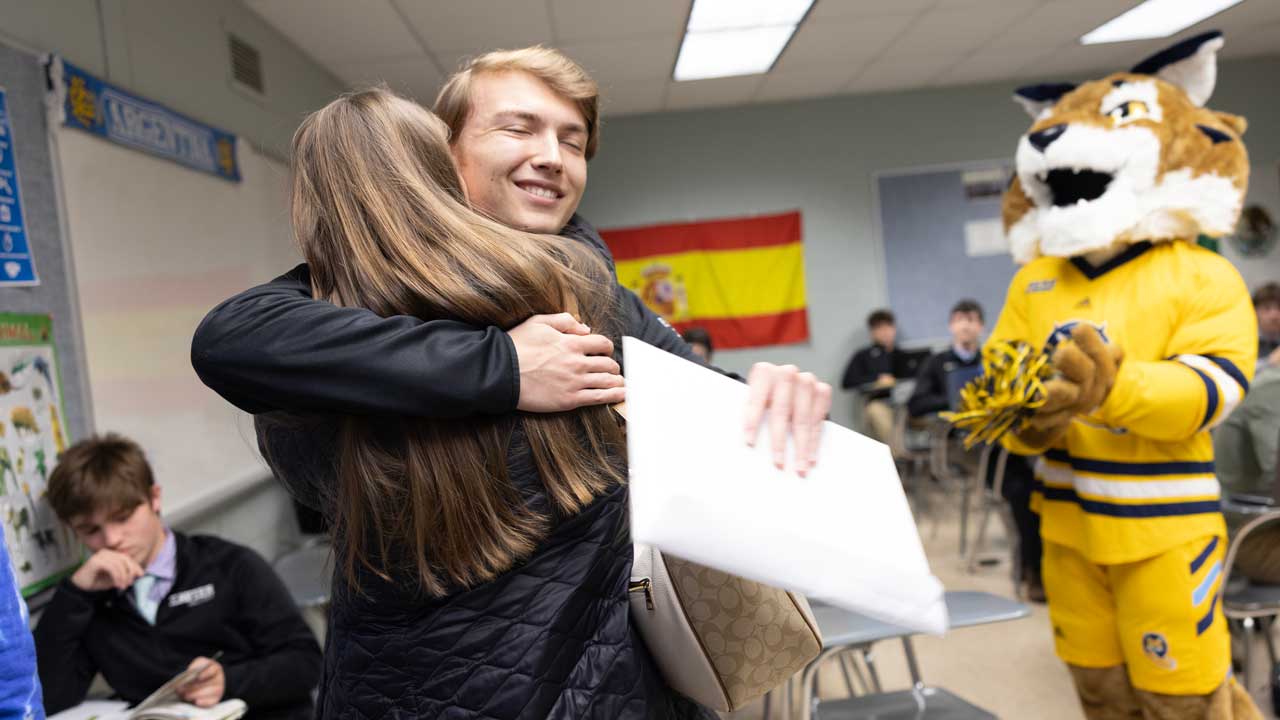