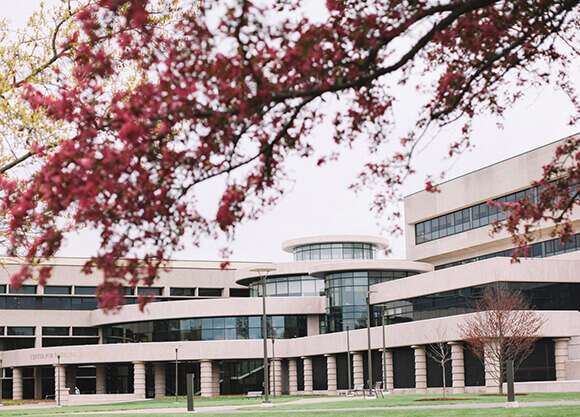 The deans of our College of Arts and Sciences and 8 professional schools lead the charge in creating the type of learning environment that is purposely designed to produce extraordinarily well-prepared professionals.

Dr. Phillip Boiselle earned his bachelor of arts in chemistry and communications from the University of North Carolina at Chapel Hill and his MD from the Duke University School of Medicine, followed by residency training at Yale University and a thoracic imaging fellowship from Massachusetts General Hospital and Harvard Medical School.

Boiselle served on the faculty at Harvard Medical School from 1999 to 2016, during which time he held a variety of clinical and educational leadership roles while also serving as an NIH-funded researcher. He also was a professor of radiology at Harvard Medical School and served as its associate dean for academic and clinical affairs from 2012-16. In this role, he provided strategic oversight of the school’s educational and research centers and the implementation of a broad array of faculty development and diversity initiatives.

As dean of the Charles E. Schmidt College of Medicine at Florida Atlantic University from 2017-21, Boiselle enhanced the diversity of its medical student and graduate student populations, expanded graduate medical education programs, established FAU Medicine®, the college’s first faculty clinical practice plan, and launched the Marcus Institute for Integrative Health at FAU Medicine®. He was named dean of the Frank H. Netter MD School of Medicine in 2021.

Boiselle is recognized as an international expert in the field of thoracic imaging. His scholarship includes more than 250 research articles, review articles, editorials, book chapters and books. He served as editor-in-chief of the Journal of Thoracic Imaging from 2009-18. 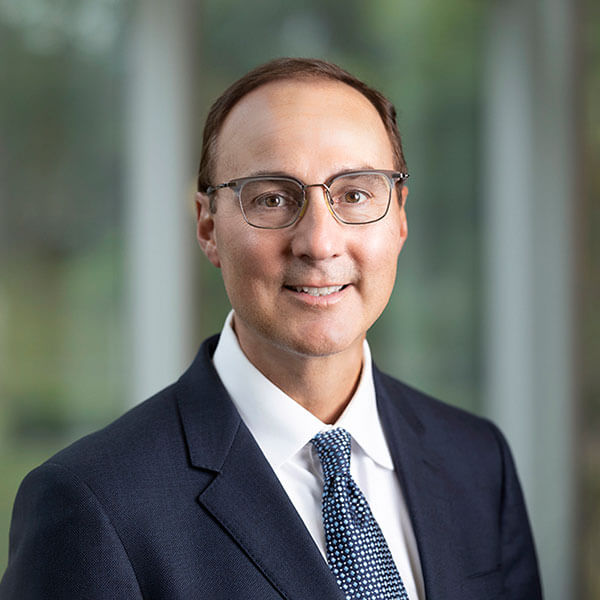 Jennifer Gerarda Brown earned her bachelor’s degree from Bryn Mawr College in 1982 and her juris doctor from the University of Illinois College of Law in 1985.

Brown has taught at some of the most prestigious law schools in the country, including Yale, Harvard, Georgetown, Emory and the University of Illinois. She joined the Quinnipiac School of Law faculty in 1994 and became a full professor in 1996. In 1997, she was named director of Quinnipiac’s Center on Dispute Resolution. She served in that capacity until 2013, when she became dean of the law school. She served as interim executive vice president and provost of Quinnipiac University during the 2019-20 academic year.

Brown is co-author of the book, “Straightforward: How to Mobilize Heterosexual Support for Gay Rights.” She has contributed to numerous publications on the topics of marriage equality and the theory and practice of negotiation. She previously served as secretary on the board of directors for Freedom to Marry, a former national bipartisan nonprofit dedicated to winning marriage rights for same-gender couples in the United States. 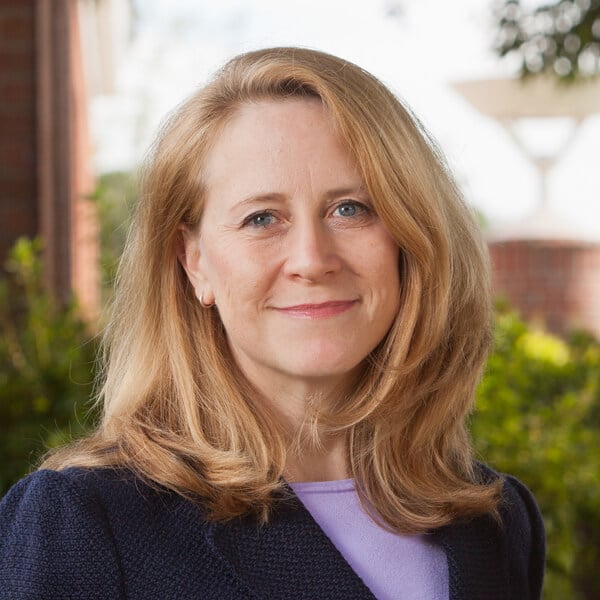 Janelle Chiasera earned her BS in medical technology from Bowling Green State University and her MS in allied medical professions and PhD in quantitative research, evaluation and measurement (education policy and leadership) from The Ohio State University.

Chiasera has enjoyed a long and distinguished career in higher education. After more than 20 years as a medical technologist and educator, she joined Quinnipiac as dean of the School of Health Sciences in September 2019. She previously served as director of the clinical laboratory science program at the University of Alabama at Birmingham from 2006-09, as chair of UAB’s department of clinical and diagnostic sciences from 2010-12 and as senior executive associate dean for UAB’s School of Health Professions from 2017-19.

Chiasera is a regional director for the American Society for Clinical Laboratory Science (ASCLS), and previously served on the Review Committee for Accredited Programs (RCAP) of the National Accrediting Agency for Clinical Laboratory Science (NASCLS). She has presented and published extensively on the subjects of clinical chemistry and leadership, receiving many commendations for her teaching and scholarship. 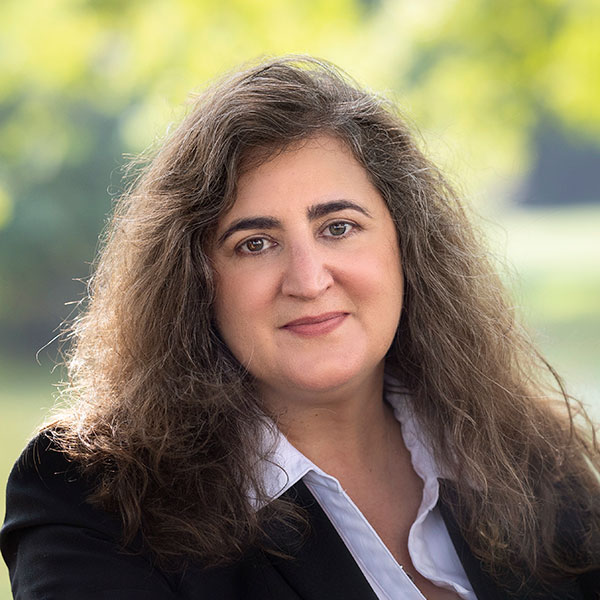 Anne Dichele earned her bachelor's degree in elementary education from Northeastern University, her master of education from the Harvard Graduate School of Education, and her PhD from the University of Connecticut.

Dichele has worked as a public school reading clinician and instructional consultant, taught at the University of Bridgeport, Fairfield University and the University of New Haven, and served as director of academic development at Albertus Magnus College. She joined the Quinnipiac faculty in 1999 and was named director of the Master of Arts in Teaching program for elementary education in 2000. In 2013, Dichele was named full director of the MAT program, overseeing all aspects of the elementary and secondary education program. She was appointed interim dean of the School of Education in 2016 and then dean in 2017.

Dichele is the founder of Side By Side Charter School, one of Connecticut's first state-funded charter schools, where she serves as chairperson of the board of directors. Her scholarship has appeared in numerous journals and publications. Her first book of original poetry, “Ankle Deep and Drowning,” was published in 2015. 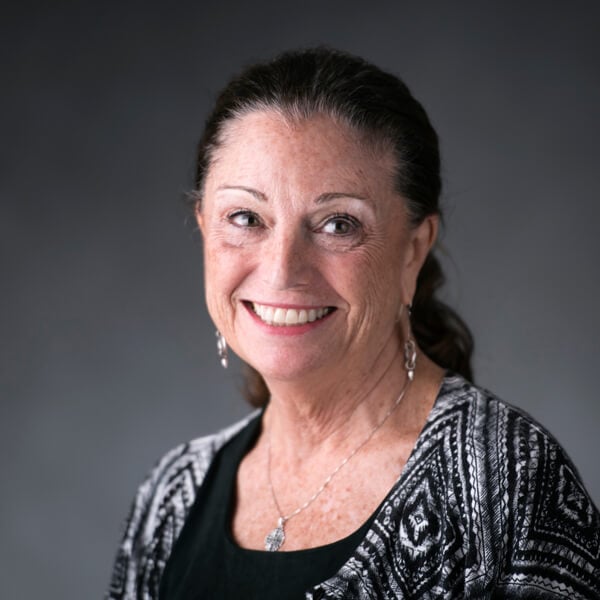 Taskin Kocak earned his PhD in electrical and computer engineering from Duke University.

His broad research interests and expertise span the areas of machine learning, computer networks and high-performance computing. He has over 130 peer-reviewed publications, including 46 journal papers. He served as an associate editor for the Computer Journal published by Oxford University Press as well as the sole guest editor for a special issue of this journal. He also served as the lead guest editor for a special issue of the Association for Computing Machinery Journal on Emerging Technologies in Computing Systems. 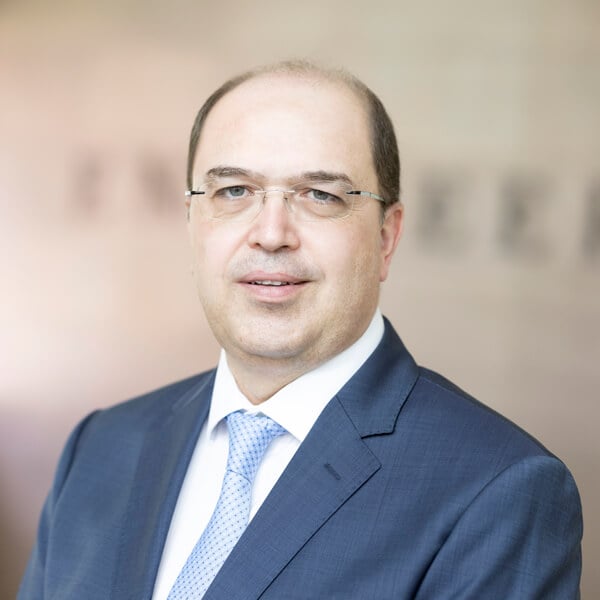 Lisa G. O'Connor earned her diploma in nursing from the Ona Wilcox School of Nursing at Middlesex Hospital: a bachelor’s in nursing, a master’s in nursing education and a doctorate in educational leadership from the University of Hartford.

She has extensive experience in medical-surgical and critical care nursing, along with 20 years in education — including hospital-based education and higher education. O’Connor, who has been associate dean of the School of Nursing since 2015, joined the Quinnipiac community in 2003 as an assistant professor. She served as director and chair of undergraduate nursing programs before ultimately being promoted to associate and full professor. She has served as a faculty senator, as an active member on the university education committee, the university assessment committee, and many other interprofessional committees and work groups.

She received the Outstanding Faculty Award presented by the Student Government Association in 2015. Her leadership at the state level was recognized in 2014 when she received the Nurse Leadership Award from the Connecticut League for Nursing. 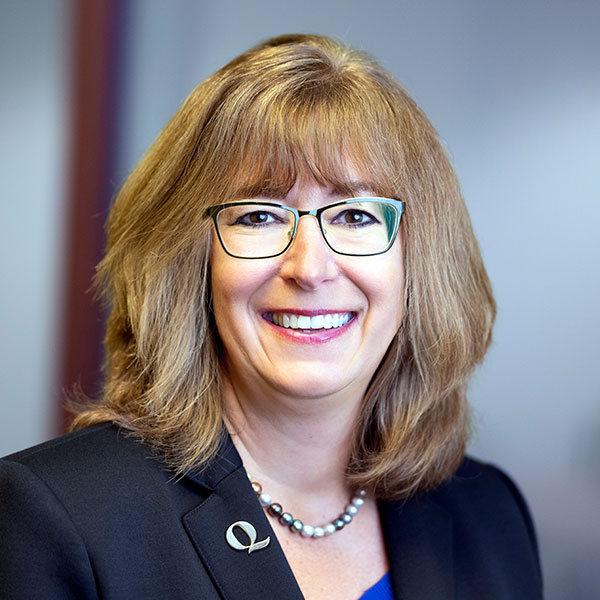 Holly J. Raider has more than 20 years of experience developing and leading global business education, and spearheading strategic learning partnerships with corporations, government, health care systems, professional sports organizations and international universities. From 2006-11, she worked in executive education at the University of Chicago’s Booth School of Business, where she oversaw its strategic business leadership program, and designed and taught in global learning initiatives for senior executives and Executive MBA students.

Raider joined the Kellogg School of Management at Northwestern University as a clinical professor of management in 2011. She served as associate dean of academic and faculty initiatives from 2016-18 and as managing director of executive education from 2014-21. In these roles, she led the implementation of Kellogg’s first fully online, non-degree approach to graduate business education, designed and spearheaded Kellogg’s Advanced Management Program, and developed SPARK, an innovative teaching incubator.

Raider earned her BA from Barnard College and her PhD in sociology from Columbia University. She was named dean of the School of Business at Quinnipiac in 2021. 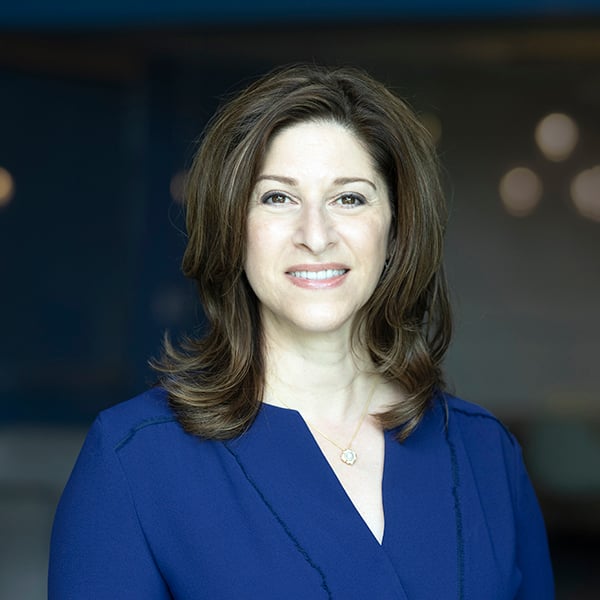 Adam David Roth’s expertise spans rhetorical theory and criticism, persuasion and society, communication studies, and rhetoric of science. He has earned several prestigious honors, including the Douglas Ehninger Award for Teaching. His research on the central role of rhetoric in the evolution of Western medicine has been well received in the United States, Greece, Cyprus, Russia and China.

Roth graduated from the University of Pittsburgh’s business dual-major program with a bachelor’s degree in communication and rhetoric, and business administration. He pursued his graduate studies at the University of Iowa, where he earned his master’s degree and PhD in communication studies and rhetoric, and a graduate certificate in interdisciplinary inquiry. He also completed the management development program at Harvard University’s Institutes for Higher Education. 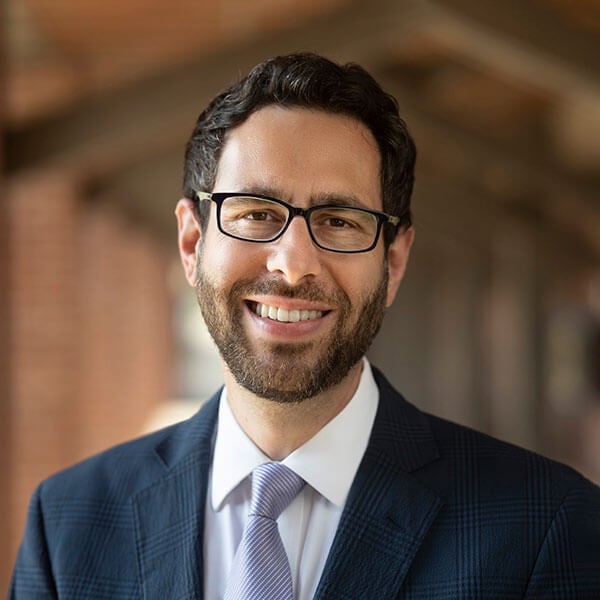 Previously, Roush taught business journalism at Washington and Lee University and the University of Richmond. The Scripps Howard Foundation and the Association for Education in Journalism and Mass Communication named him “Journalism Teacher of the Year” in 2010. He also was chosen the “North Carolina Professor of the Year” by the Carnegie Foundation for the Advancement of Teaching and the Council for Advancement and Support of Education.

Roush has worked for various publications, including the St. Petersburg Times, the Sarasota Herald-Tribune, the Tampa Tribune, BusinessWeek, the Atlanta Journal-Constitution and Bloomberg News.

He served on the board of the Association for Education in Journalism and Mass Communication from 2014 to 2018 and edited a book, "Master Class," for journalism and mass communication educators.

He has authored or co-authored 10 books, including the leading textbook in business journalism education. 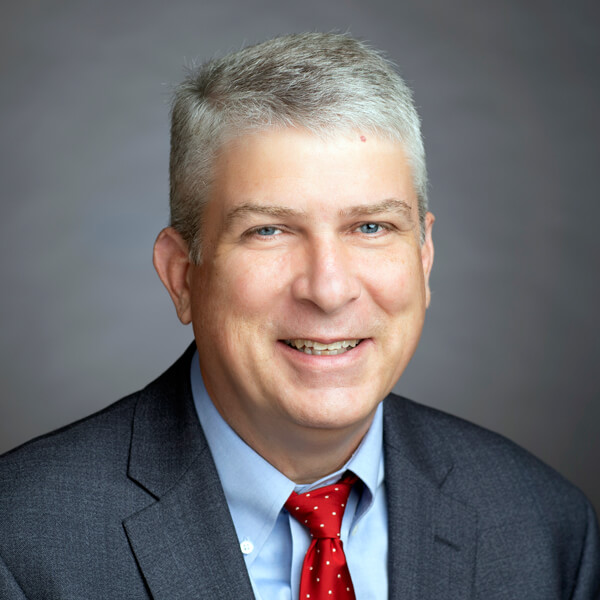