School of Computing and Engineering Our Work and Research

The School of Computing and Engineering is built upon an academic culture of doing, and students here love what they do. In addition to preparing themselves for rewarding careers, they have the opportunity to use their knowledge and hands-on expertise to improve communities and educate younger generations both at home and around the world. Private employers – from major defense contractors to software startups – have sponsored Senior Projects where teams of students work on real-world solutions. Further, work with nonprofit organizations, such as Habitat for Humanity, offer engineering students a way to use their skills to aid displaced families.
Apply Request Info Visit

Before graduating from the School of Computing and Engineering, every student is required to complete a Senior Design Project. This culmination of their time at Quinnipiac incorporates real clients and problems and simulates a project that they might encounter the first day on the job. Please contact John Bau, director of career development, to start the conversation about how your company can benefit from sponsoring a Senior Design team to tackle a project from your organization. 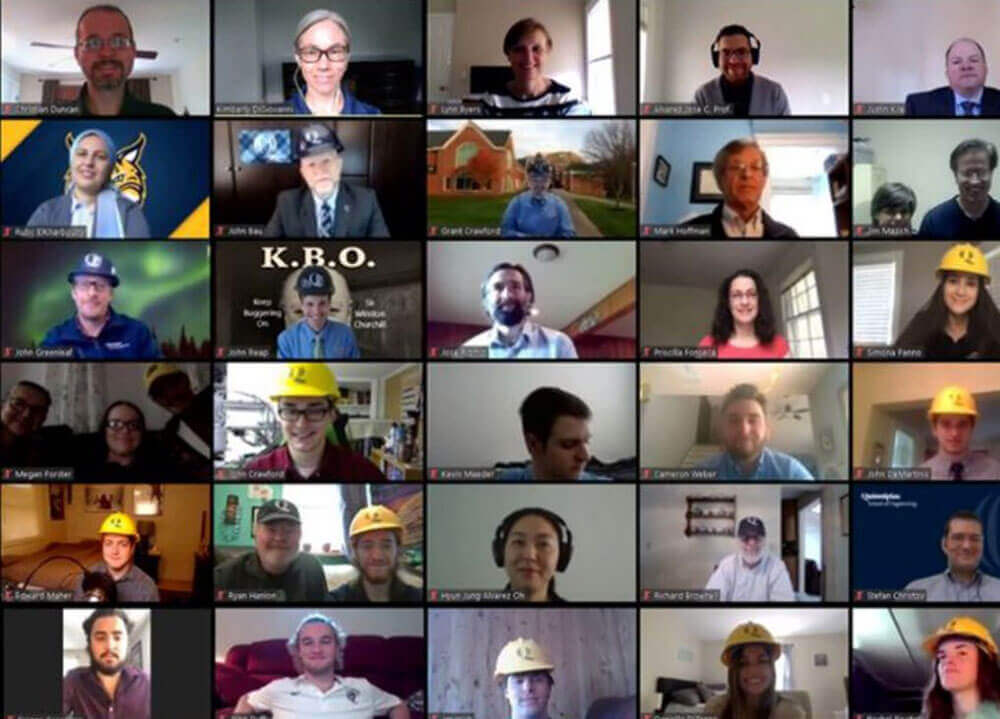 Quinnipiac engineering students put their skills to the test during the spring semester, gaining practical experience while enhancing the quality of life in New Haven County and across Connecticut.
Read More 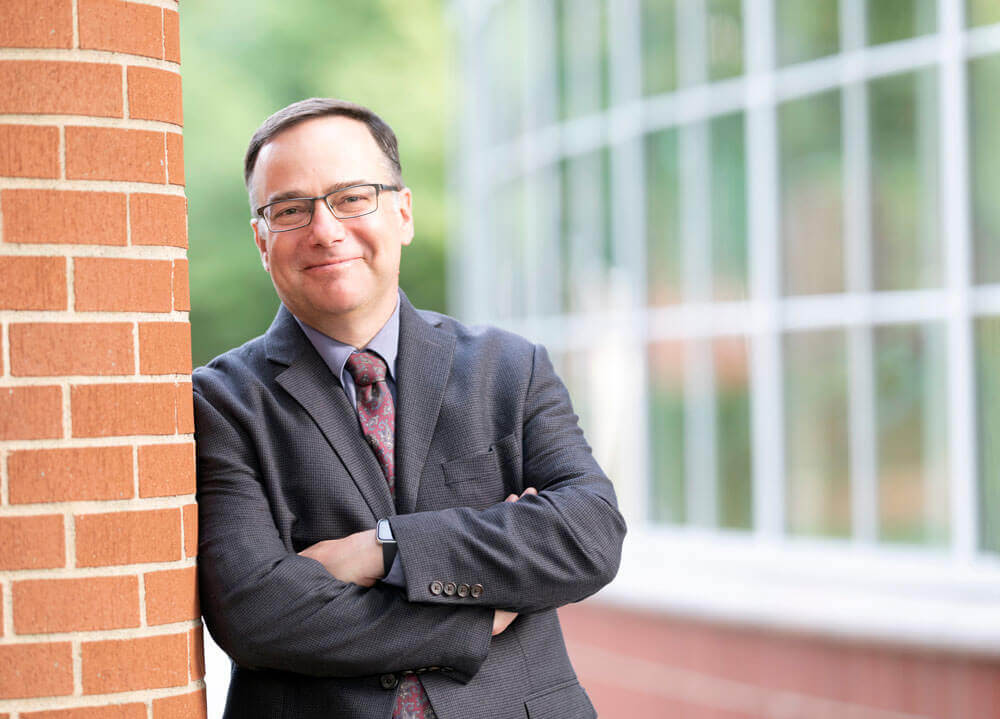 In the 20 years since joining the Quinnipiac family, Professor Jonathan Blake’s task of creating a cutting-edge computer science program has evolved more than he could have ever imagined.
Read More

When they aren’t shaping young engineers in the classroom, our professors are active in their field and engaged in their own important research. Our faculty are practicing engineers who regularly showcase their work at conferences, sit on panels and publish in a variety of research journals.

Engineering faculty are mentors who lead by example. They advise, guide and encourage students to pursue meaningful undergraduate research and independent study that leads to reports, presentations and even publications of their own. 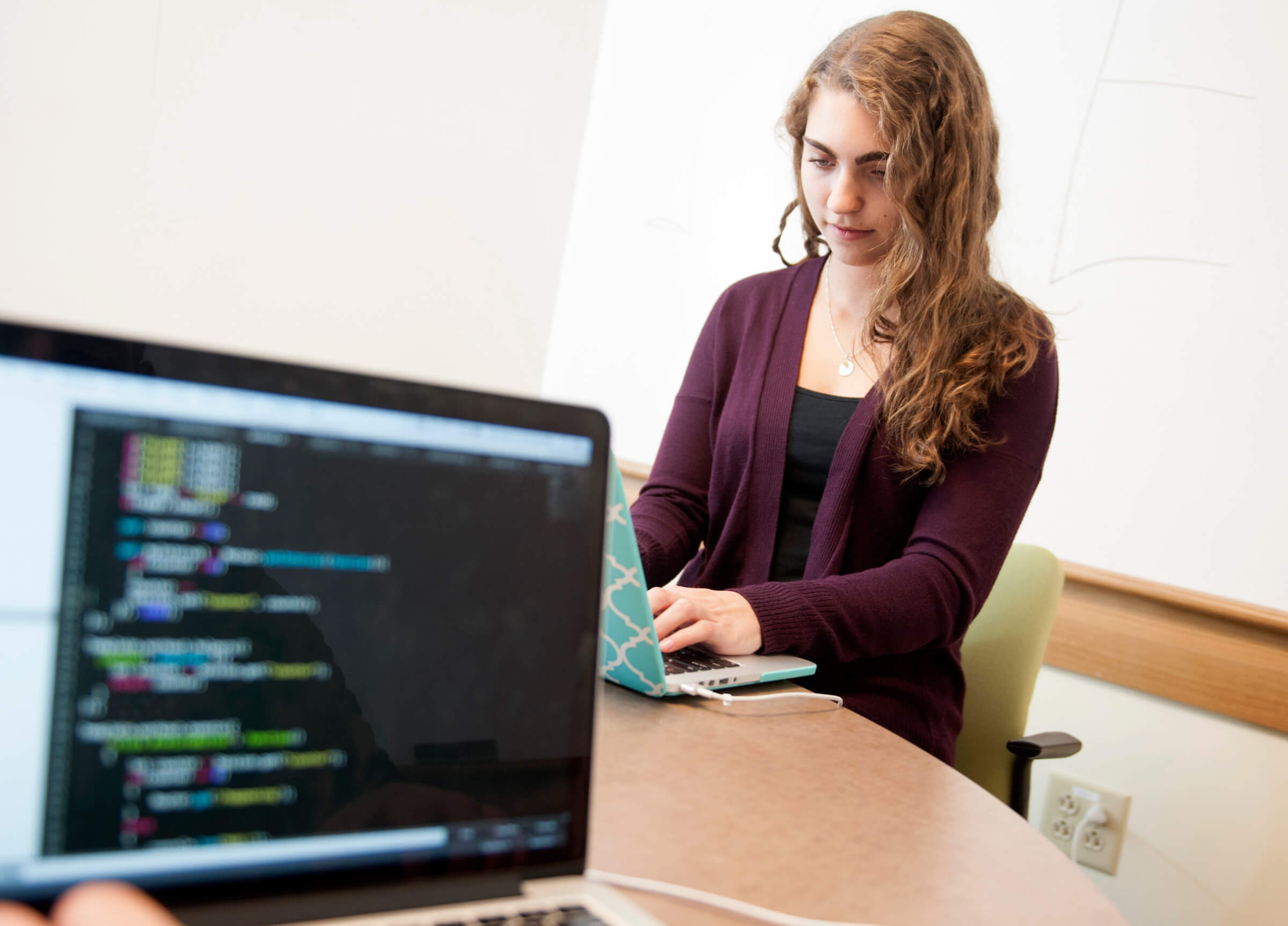 Paving the way for women in STEM / computing

Software engineering major Janine Jay ’18 was ecstatic to learn that she had won the prestigious Anita Borg Memorial Scholarship. It enabled her to attend the Grace Hopper Celebration, the world’s largest conference for women in computing, and network with peers from all over the world.

The scholarship paid for Jay’s travel and expenses and gave her full freedom to explore everything the conference offered — including lectures, workshops and panels on a range of different technology topics. She attended discussions with prominent speakers, such as Melinda Gates and GoldieBlox founder and CEO Debbie Sterling, and took advantage of a career fair that featured representatives from all of the top companies in the technology industry.

“Where else would I be able to talk one-on-one with recruiters and developers from Google, Facebook and IBM?” she said.

For Jay, the conference reinforced her conviction to enter the world of technology and ascend the ladder of influence. She said she’s confident it can do the same for other female computing students.

“I am determined to get other students to attend this conference every year,” Jay said. “It will instill the confidence they need to dive head first into this industry.” 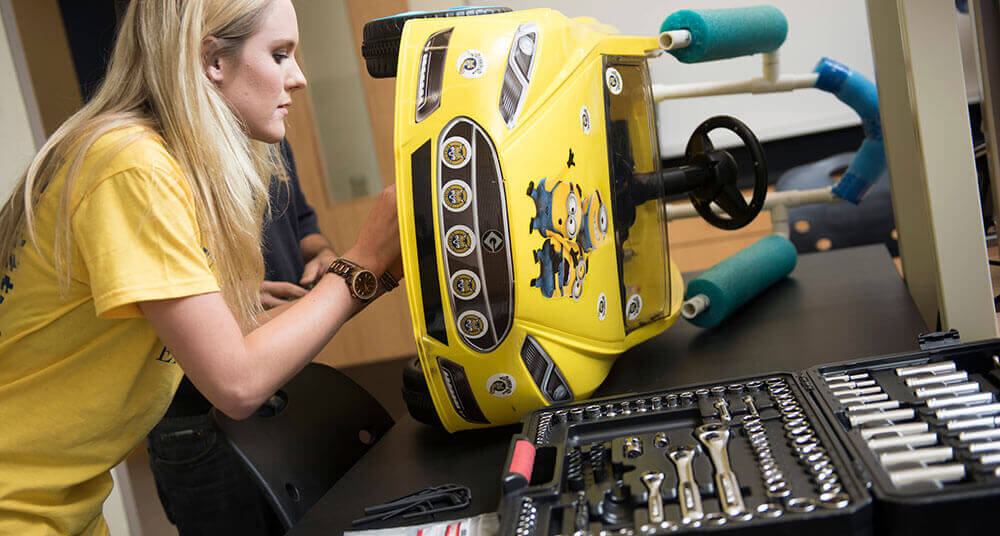 Independent research projects are more than just requirements in the School of Computing and Engineering; they present you with the opportunity to engage in, and take credit for, truly impactful work. Our students built Quinnipiac University’s first web-based weather service and created a mobile app that helps busy parents manage their work-life balance. They’ve built diagnostic training devices, developed processes that increase patient care efficiency in operating rooms and designed systems that more effectively manage surgical supply inventories in hospitals.

Rachel Davis, ME ’16, used her QUIP-RS research project to give the gift of mobility to a toddler stricken with cerebral palsy. In conjunction with “Go-Baby-Go,” a nationwide program that donates modified toy cars to children with mobility needs, Rachel worked on a project that modified a ride-on electric toy car so that it could be controlled by a child who could not move his arms or legs.

While the car could be operated by remote control, accelerometers attached to a small cap measured the head’s tilt in both directions, enabling the three-year-old to control the car simply by moving his head: the up-and-down motion changed speeds, while side-to-side controlled steering.

We’re always here to help provide additional information and answer any questions you may have.

Keep up to date with the latest information about the School of Computing and Engineering.