School of Nursing Our Work and Research

Our students are active in addressing one of the greatest challenges of the world today — access to quality health care. Nursing students, faculty and alumni are making a meaningful difference, locally, nationally and globally. They work side by side with caregivers in the community and also are proud to treat individuals who have served our country and their families. These hands-on experiences give them the experience and skill sets they need to succeed.
Apply Request Info Visit 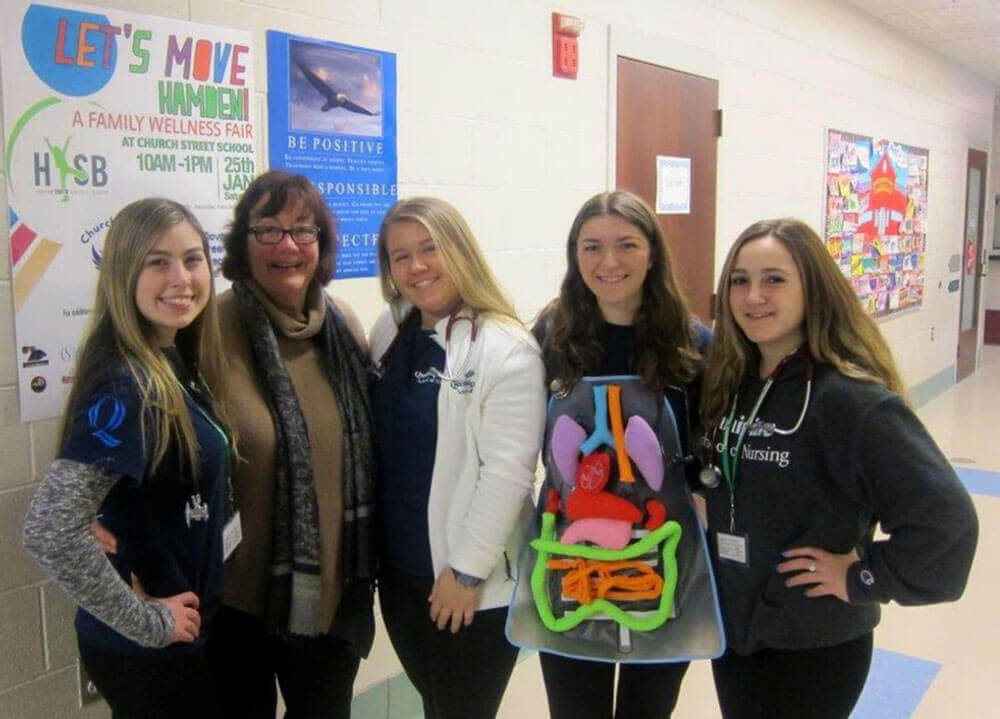 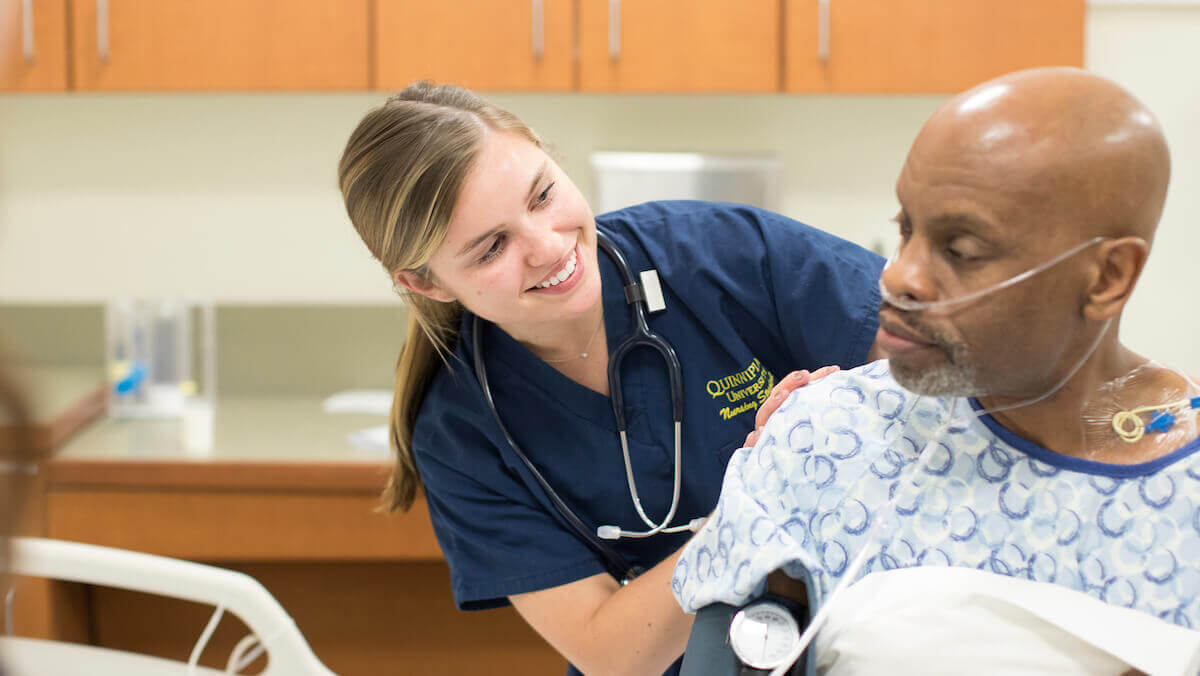 Every September students from the School of Nursing join forces with students from the Schools of Medicine and Health Sciences to help local senior citizens learn to prevent fall-related injuries. According to the National Council on Aging, falls are the leading cause of fatal and non-fatal injuries for older Americans. The free annual Falls Prevention Awareness Day is held on the North Haven Campus.

Seniors visit a model apartment at Quinnipiac that is set up with fall risks, including rugs that aren't properly anchored or walkers that are poorly maintained. Participants learn about the importance of finding a good balance and exercise program; monitoring medications with health care providers or pharmacists; and having regular vision and hearing checks.

Our faculty members are practicing nurses with a wealth of clinical experience. They love what they do and also love inspiring that same kind of passion in future generations of nurses, encouraging their students through example to make their own contributions to the field. Faculty in the Quinnipiac School of Nursing don’t just remain current on innovative nursing practices and procedures — they have a hand in their creation. Professors regularly participate in grant-funded research, publish in numerous trade journals and periodicals, contribute their work to medical and nursing textbooks, and present their many insights at conferences and summits nationwide. 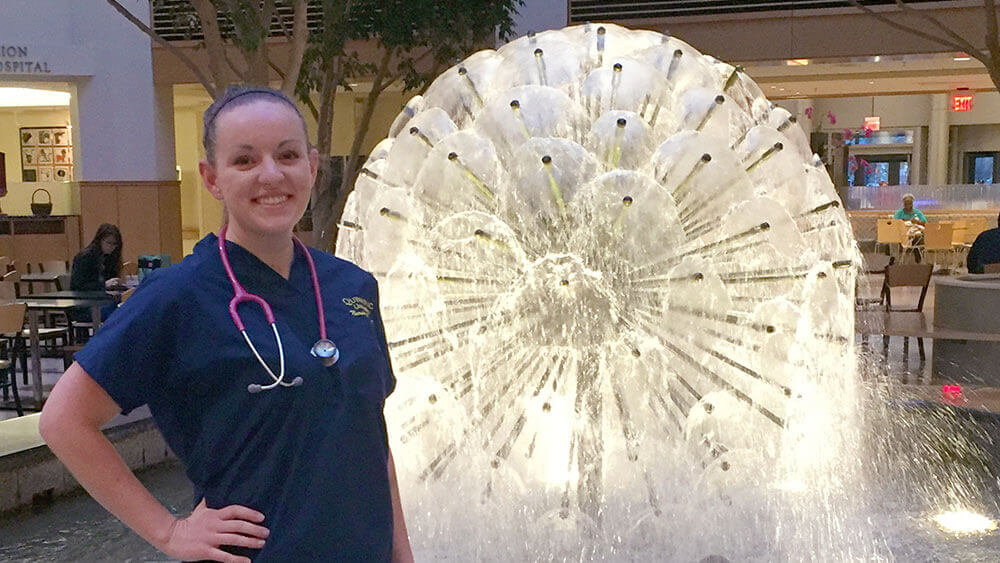 As an EMT of more than 5 years, Ashley Darnsteadt ’18 has gained extensive experience both in the classroom and on location.

In the early hours of a recent morning, she responded to a report of a woman in labor in Sparta, New Jersey. Despite being a veteran EMT, her partner had never experienced a live birth. Darnsteadt, who had recently finished her maternity rotations through Quinnipiac, told him she felt confident to take the lead.

“He was definitely happy to stay out of the actual childbirth experience,” she said. “He just looked at me and said, ‘This is all you.’”

While en route, Darnsteadt and her partner received an update on the situation: the mother was lying on the bathroom floor giving birth.

Darnsteadt arrived a few minutes later and immediately jumped into action — delivering the baby and then performing an assessment of the newborn and her mother. She remained focused, and never lost composure as she clamped and cut the cord, and delivered the placenta. When the new mother and baby girl were both ready, they transported them to an area hospital.

Darnsteadt earned numerous compliments from police officers and others on the scene for her knowledge and calm demeanor.

Darnsteadt praised Connery for pairing her with such exceptional nurses during her maternity rotations, where she gained critical knowledge of newborn and postpartum assessments, as well as the labor and delivery process. She also credits Connery for helping her build her self-confidence during women’s health care simulations.

“I believe that this labor and delivery call wouldn’t have gone as smoothly as it did had I not had Carol as my clinical instructor,” she said.

We're always here to help provide additional information and answer any questions you may have.

Keep up to date with the latest information about the School of Nursing.