Contemporary mathematicians helped researchers complete the Human Genome Project, play a role in code breaking and national security and are key players in developing lifelike animation in Pixar films like “Cars 2” and “Brave.” Whatever your interests are, mathematics provides a good foundation for many careers. 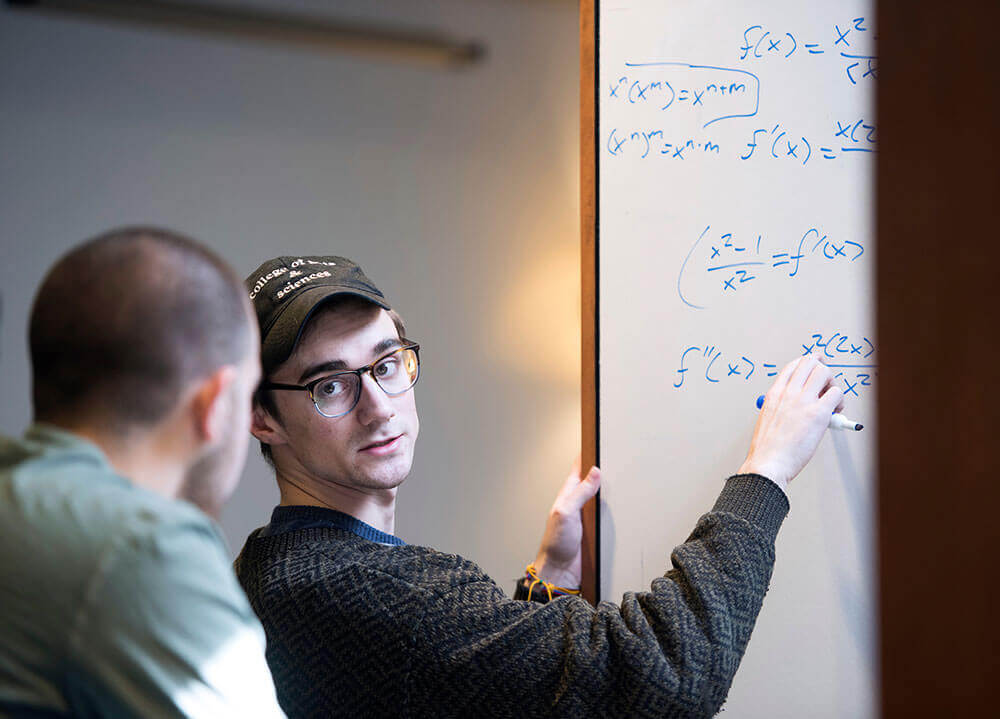 If you enjoy numbers, problem-solving and analyzing data, mathematics is a major for you. You can become a financial analyst evaluating economic conditions to help a corporation make smart business decisions, or an actuary using data to predict health trends for an insurance company. Mathematicians work with chemical engineers to develop mathematical models that further research and development of products, and applied mathematicians collaborate with industrial designers to create the best aerodynamic conditions when designing airplanes, structures or cars.

In the program, you learn about the newest technological innovations used in mathematics and learn how to communicate your research effectively. You gain knowledge and skills you can use in fields such as science, government, business and education. You choose courses in your area of interest — such as teaching, statistics or actuarial studies — and graduate prepared to pursue an advanced degree.

Overall employment of mathematicians and statisticians is projected to grow 33% from 2019 to 2029. They are both amongst the top 20 fastest growing occupations. (U.S. Bureau of Labor Statistics, 2019)

Percentage of our 2021 program graduates who are either employed or enrolled in a graduate program six months after graduation.

The median annual wage for those with mathematical science occupations is $98,680. (U.S. Bureau of Labor Statistics, 2021).

Our BA in Mathematics positions you for a growing number of specialized and in-demand opportunities. Graduates gain valuable skills suited for a wide array of potential careers in industries such as: 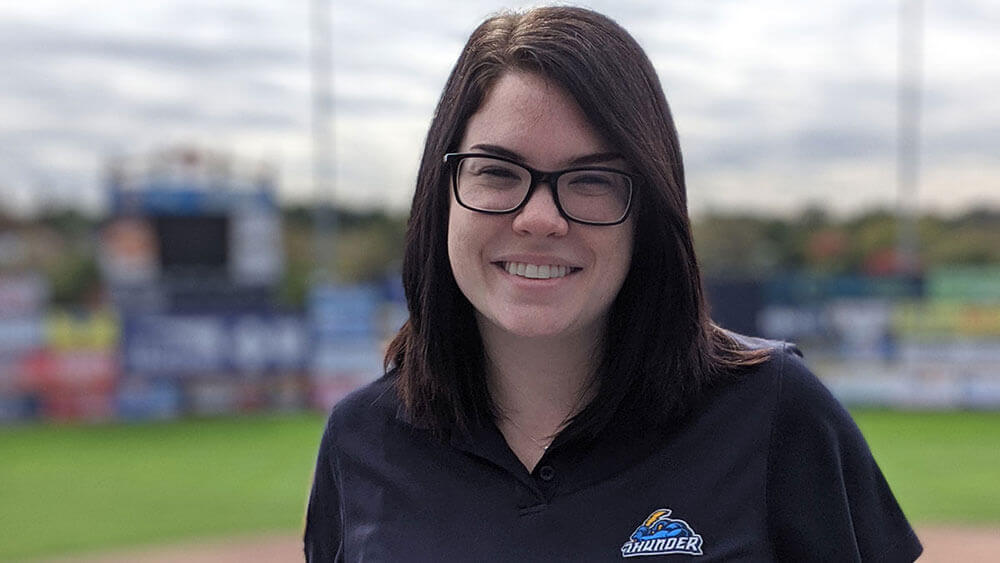 Hitting it out of the park

Jackie Mott ’15 began her career with the Trenton Thunder, the Double-A minor league affiliate of the New York Yankees, in the finance department.

“I’ve always been a Yankees fan, so it’s been an unbelievable experience,” said Mott, who has since been promoted to box office manager.

As a math major with a business minor, Mott brings a valuable skill set to the Thunder. It’s clear she has come a long way since a senior year meeting with Rick DelVecchio, director of career development for the College of Arts and Sciences.

“Jackie was looking at how she could apply her mathematics degree,” said DelVecchio, who had once worked in minor league baseball in Connecticut and Indiana.

When DelVecchio asked Mott about her interests and she said baseball, he knew just what to say: “There are a lot of opportunities to apply mathematics in baseball.”

The first step for Mott was to bring enthusiasm — and resumes — to Major League Baseball’s annual winter meetings in December 2015.

“I had 11 interviews in two days and received two job offers,” Mott said. “You make so many contacts in this business.”

Some of those contacts, including retired Yankees slugger Alex Rodriguez, occasionally walk through her office in Trenton.

“It’s fun when that happens … but for the most part, it’s a lot of hard work,” Mott said. “You put in 75–80 hours a week during the season, including games, but I love coming to work every day. That’s the goal, right? I love my job.” 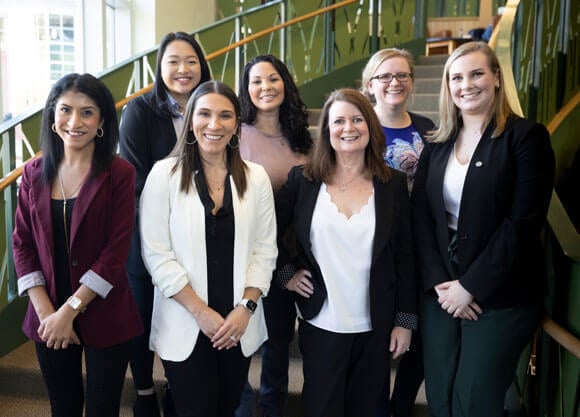 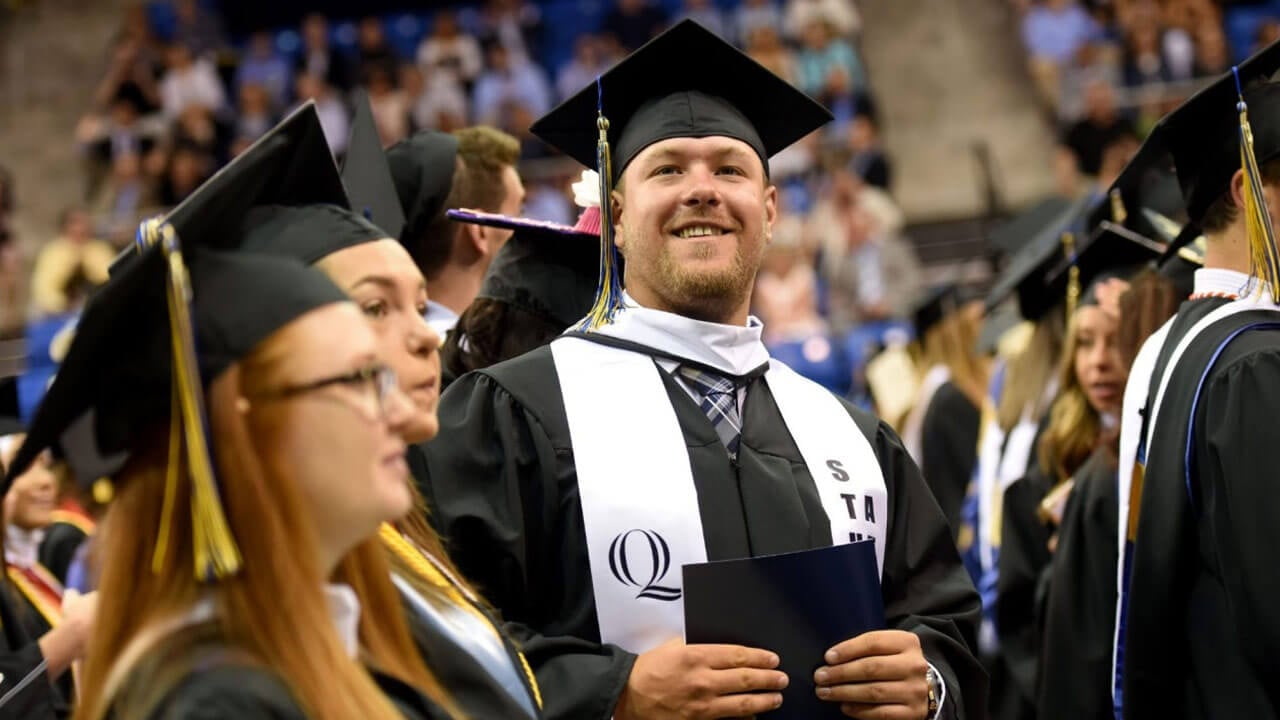 To teach his students that data is more than just sets of impersonal facts and figures, math professor David Burn gave them a chance to represent data about themselves in physical graphs on the quad of the Mount Carmel campus.

“I wanted to bring data to life,“ Burn said, “but I also wanted people to get a sense that they are really connected to one another as a community.“

Burn’s students first compiled, scrubbed and analyzed a range of personal information, from the season they were born in to their distance from home. Then they created the tics, axes and other physical components of the graphs before bringing them to life.

They effectively became actors in their own graphs, each one embodying their own data point.

“I’m a visual learner,“ said nursing student Celina Bove ’21. “Being physically part of something like this really helped me understand the concept.“

“This was a phenomenal experience at Quinnipiac and could not have taken place without a lot of collaboration and great ideas,” said Burn.