BA in Game Design and Development Faculty and Staff

Professors in Quinnipiac’s College of Arts and Sciences are committed to the academic, personal and professional success of every student from day one. They are passionate scholars and accomplished in their fields, but teaching is always their top priority. 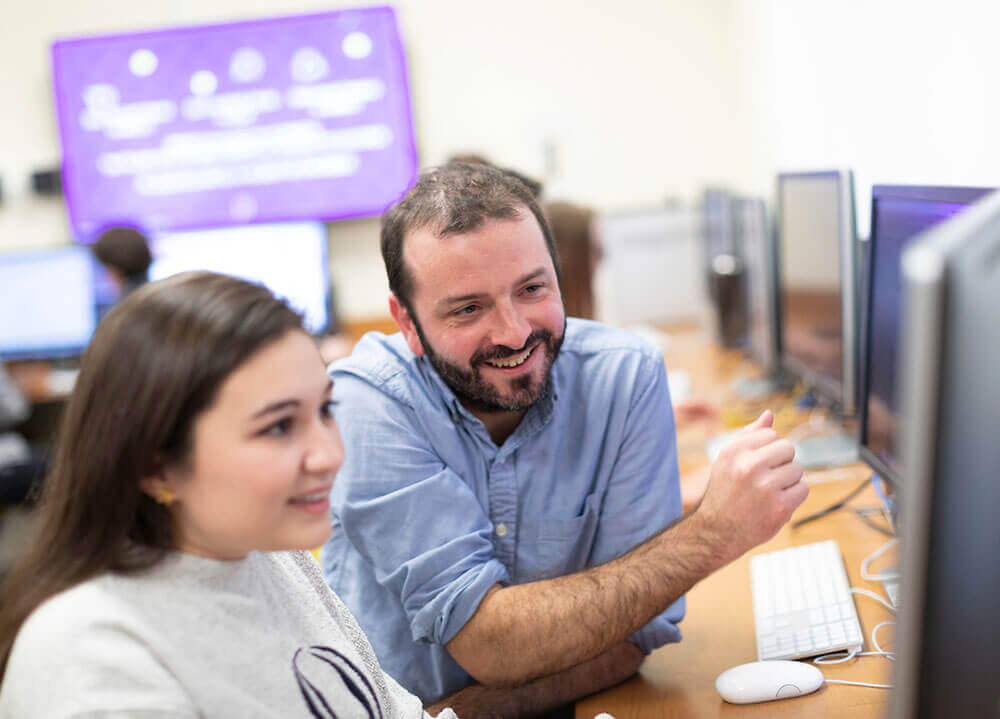 In more than 15 years as a game designer, Professor Jonah Warren has learned an important lesson about developing the most fun, challenging and memorable games:

Sloppy Forgeries earned Warren the Best Game Award at the 2018 Miami @ Play festival, a good showing for a game still in its development stage.

“Of all the games I have made, this is the one that has had the best reception,” he said.

Warren empowers his students to enter professional game competitions and exhibitions as well. Several have shown games at PAX East, a major gaming expo, while others have won awards at GameFest, the New England Student Game Design Showcase and the Terminus Conference and Festival.

“In the game labs, students learn first-hand how the most successful and engaging games are often thoughtful and contained, rather than massive and complex,” Warren said. “They also come to view games as more than just entertainment, but a creative medium like any other.”

BA in Graphic and Interactive Design

BA or BS in Computer Science